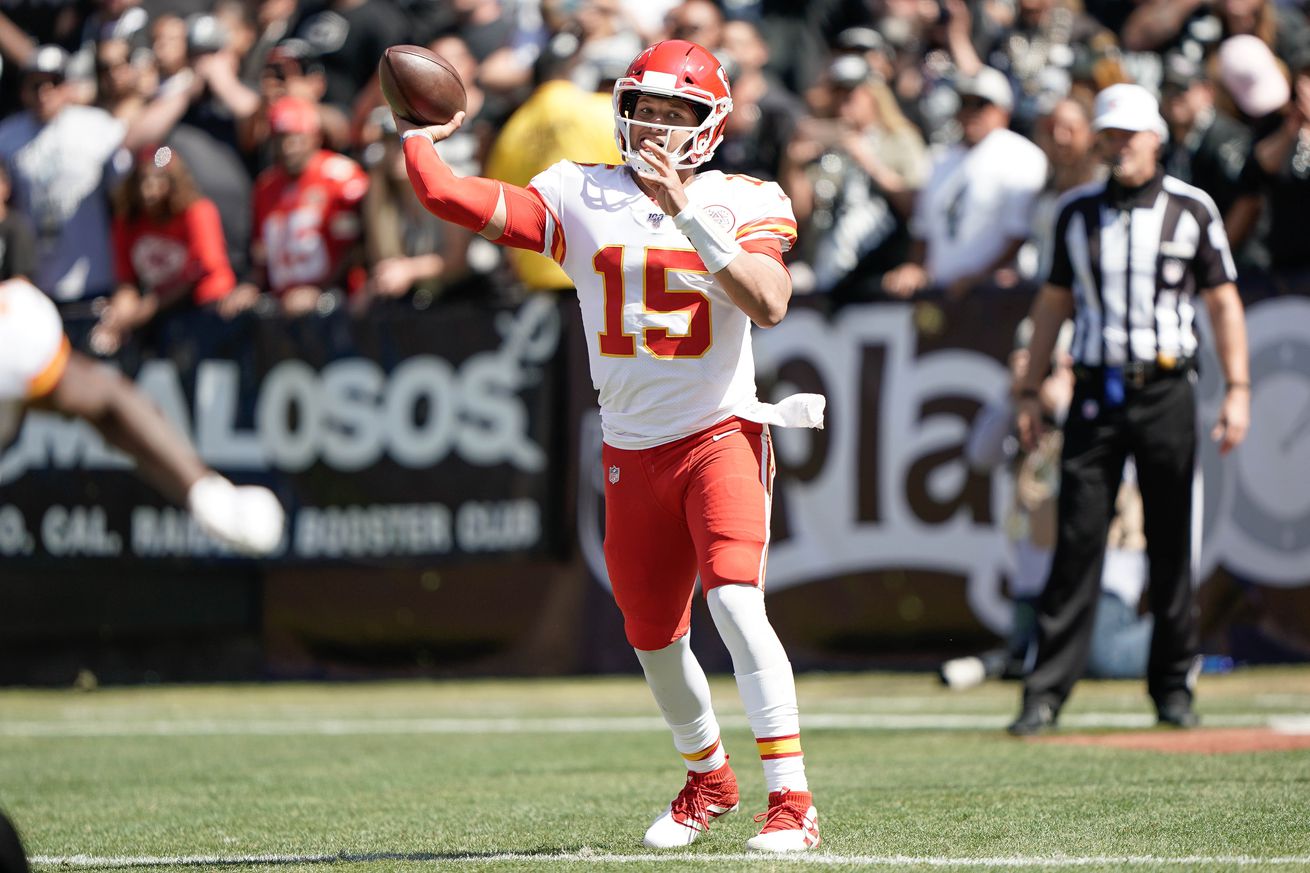 A three-part series on the AFC West signing players to try to curb the Super Bowl MVP.

While Kansas City Chiefs fans haven’t had any moves to get excited about early in the 2020 NFL free agency period, rival fanbases are busy looking up highlights of the newest players on their favorite team. The other three AFC West franchises have made a noticeable effort to acquire proven defensive players this week, whether that’s via trade or signing.

These new additions seem to share a common theme: They all have been acquired to help their teams neutralize the effects of Chiefs quarterback Patrick Mahomes. In three posts coming out on Thursday and Friday, I’ll take look at what each divisional foe has done so far in the new league year. Let’s start with the Las Vegas Raiders.

The Raiders made one of the most significant free agency signings in the league so far with a transaction that many thought the Chiefs could try to make. Former Los Angeles Rams linebacker Cory Littleton agreed to a three-year, $36 million deal with Las Vegas.

Littleton was the cream of the crop of this free agency period’s linebacker group. His athleticism and superb ability in coverage make him a valuable asset to any modern NFL defense. He can be trusted to play all three downs and to effectively cover a variety of positions.

He gives the Raiders an option to slow down Chiefs tight end Travis Kelce. Kelce consistently dominates the middle of the field and attracts attention when these two teams matchup — which eventually leads to the deep bomb touchdown throws we saw in 2019 Week 2. Adding Littleton may give the Las Vegas defense a better shot at containing Kelce and the Chiefs running backs on short to intermediate routes, leading to more defenders available to defend the vertical passing game.

Not only does he make a division rival better, but he also would have been a dream get for the Chiefs — who are reportedly looking to add to their linebacker group.

While #Chiefs don’t have a lot of cap space, they’re looking into adding a coverage LB, source said. If they don’t get it done in free agency, will come in draft.

Littleton absolutely fits the role that the Chiefs are searching for — but the contract would close to impossible unless general manager Brett Veach makes dramatic financial moves.

Besides Littleton, the Raiders have added linebacker Nick Kwiatkoski, cornerback Eli Apple, edge rusher Carl Nassib, defensive tackle Maliek Collins and safety Jeff Heath. All role players that will round out a Raiders defense trying to find a way to slow down the Chiefs offense.