The Kansas City Chiefs are facing off against the San Francisco 49ers in their first game of the 2021 NFL preseason.

Chiefs starting QB Patrick Mahomes only played for a three-play series and was unable to get his team on the scoreboard. Chad Henne came in to relieve Mahomes, playing with the rest of the starting offense for another series. He marched the team down the field into the red zone with what would be a 7-play scoring drive.

Henne found a wide-open Byron Pringle who went with the 5-yard quick out from the slot. Pringle caught the defender with his hips flipped in the wrong direction and was able to get open with ease.

#Chiefs WR Byron Pringle is healthy and in the mix for opportunities at the second receiver spot. Incredible touchdown to kick off the new year for Kansas City #NFLPreseason pic.twitter.com/F5lPsAryQx

The Chiefs are looking for a receiver to step up in the absence of Sammy Watkins, who left the team in free agency. Mecole Hardman seems like the natural choice, but his drop ended the opening drive for Kansas City. If Pringle can continue to take advantage of his opportunities he’ll only carve out a bigger role for himself on offense this season.

4 position battles to watch in Chiefs’ preseason opener vs. 49ers 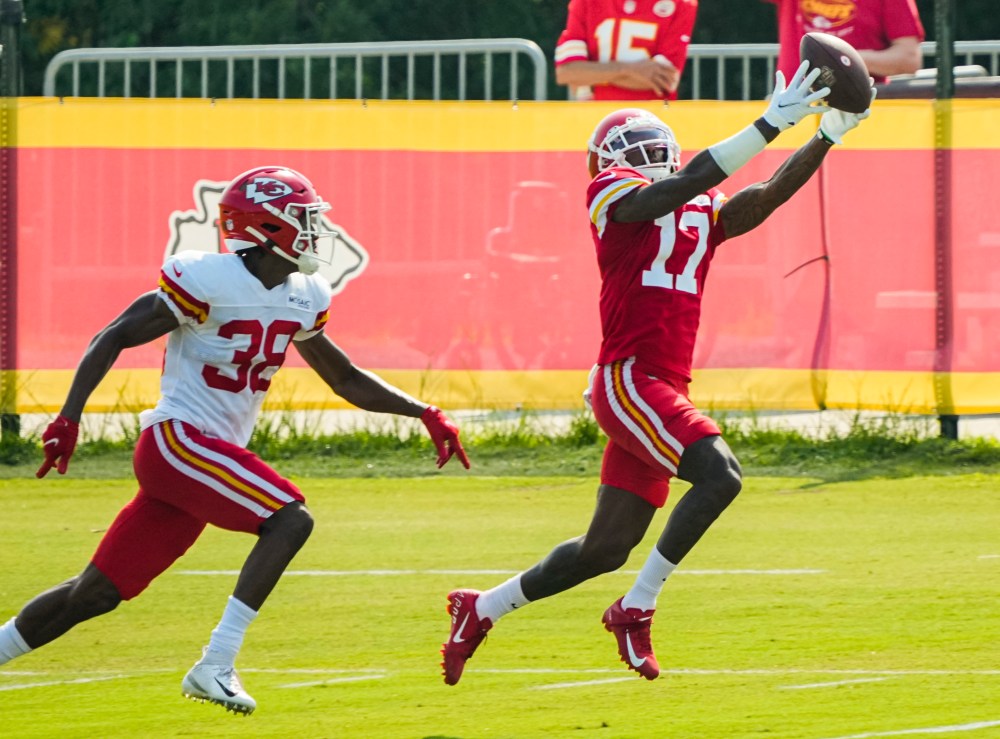