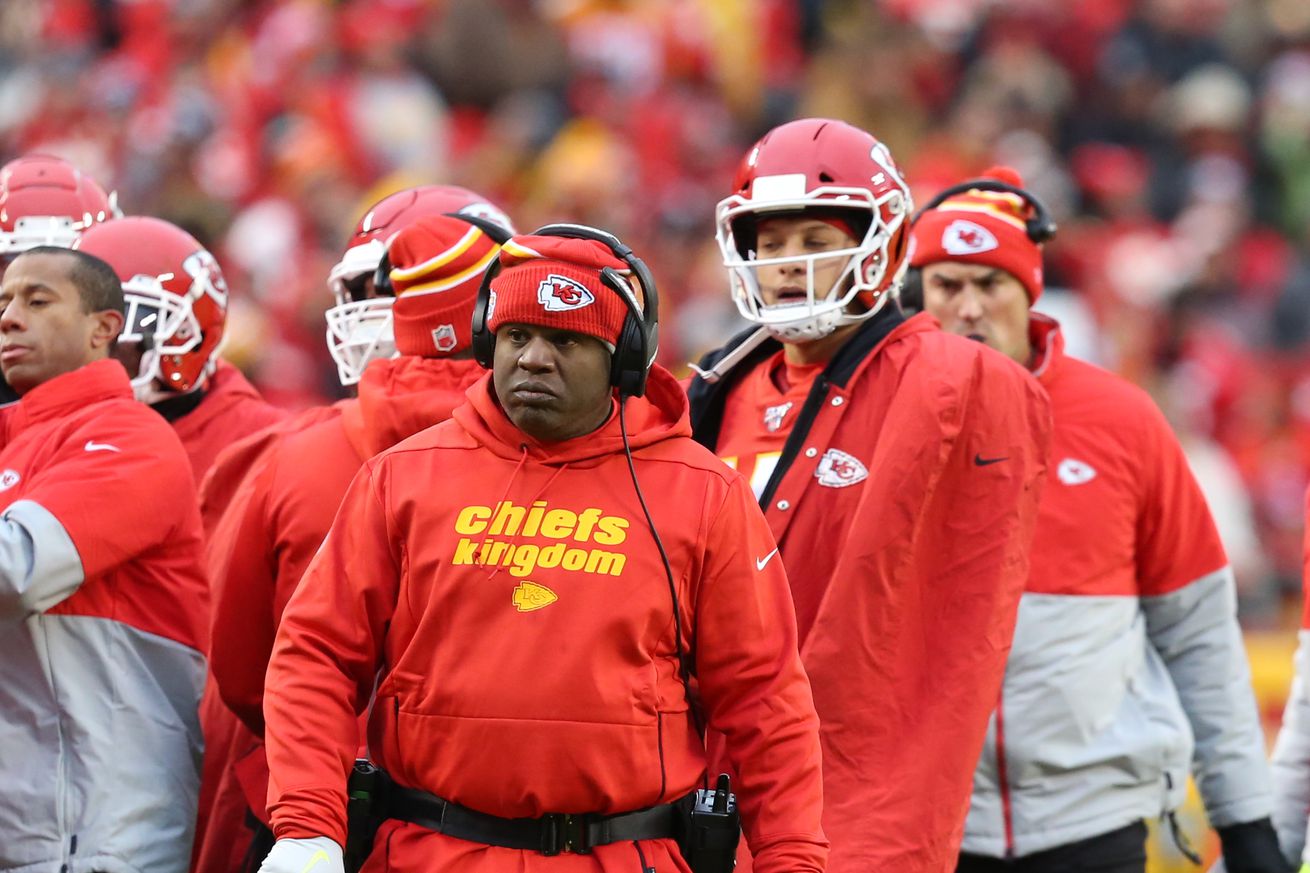 From Madden 20 to a new T-shirt, everybody is talking about 2-3 Jet Chip Wasp.

On Thursday, we posted about this lifetime’s version of 65 Toss Power Trap: 2-3 Jet Chip Wasp.

It was the play quarterback Patrick Mahomes asked for with his Kansas City Chiefs facing third-and-15, down 10 points in fourth quarter to the San Francisco 49ers. You can watch Mahomes ask offensive coordinator Eric Bieniemy for the play in the viral video below (as of this writing, the video has 1.5 million views):

Fly like a butterfly, sting like a Wasp. @PatrickMahomes believed in himself, this play call, and the @Cheetah on the #SBLIV‘s Turning Point. @Chiefs pic.twitter.com/xTTU7AL6OQ

“Do we have time to run Wasp?” Mahomes says, referring to time in the pocket.

The Chiefs ran the play and it succeeded, and it shifted the momentum of the entire game. The buzz (see what I did there) led to Madden 20 adding the play to the game on Friday:

Later in the day, our friends at Breaking T decided to put it on a T-shirt, which you may find here.

Need this for Monday @gmfb …

Gotta get @PatrickMahomes , @cheetah , and @ChiefsReporter one too.