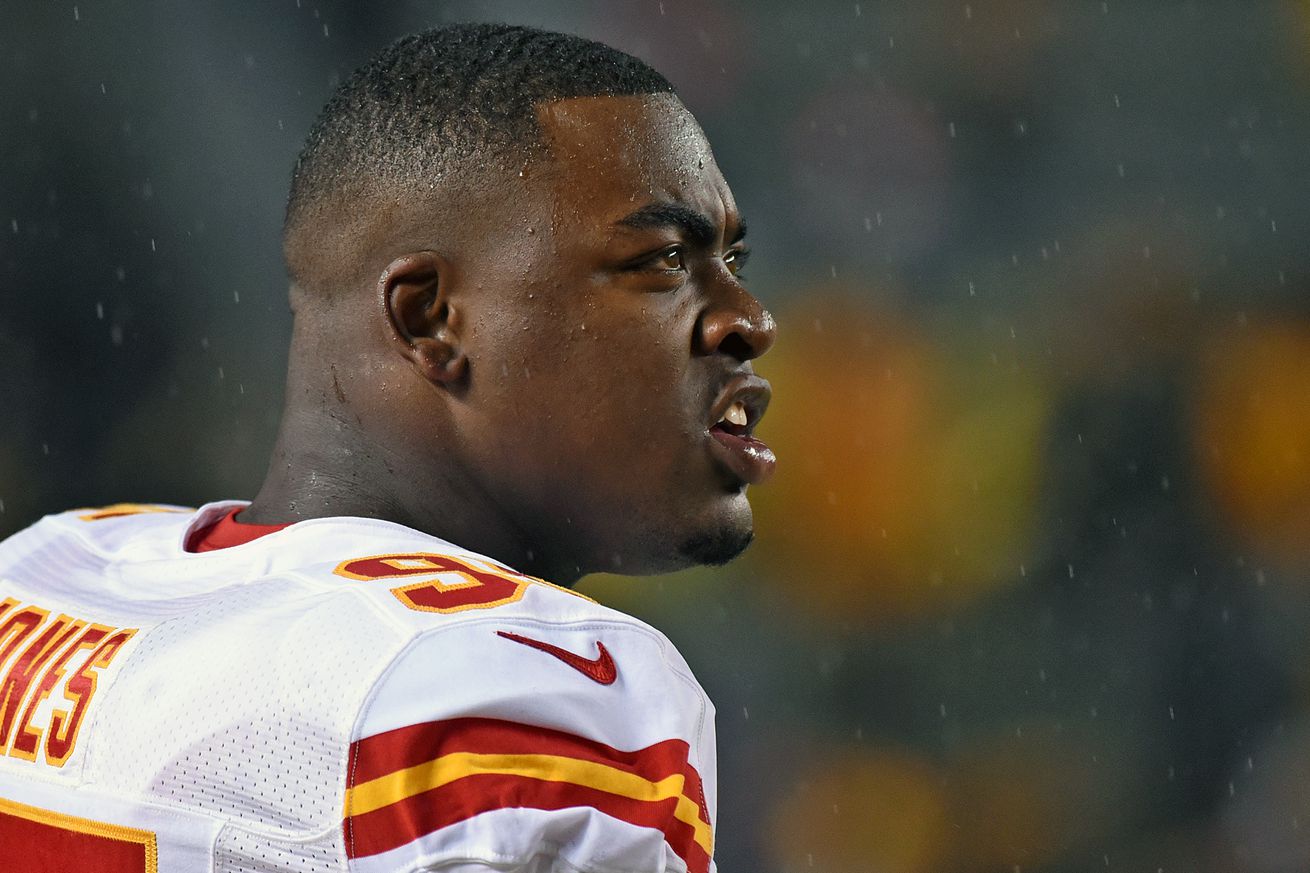 With all the talk about the Chiefs “tagging and trading” Chris Jones, let’s examine how the whole process works — which is a little different in 2020.

In one week — on Tuesday, February 25 — the opening act of NFL free agency gets underway. That’s the day teams can begin applying franchise and transition tags to their players.

With 21 players set to become free agents when the new league year begins on March 18, the Kansas City Chiefs could be one of the teams designating players with the franchise or transition tag before the window closes on March 10.

Normally, teams are permitted to designate only one player with either a franchise or transition tag. But under the current Collective Bargaining Agreement between the NFL and the player’s union — which expires at the end of the coming season — during this offseason, teams are permitted to designate one player with a franchise tag and another with a transition tag.

There are two types of franchise tags: exclusive and non-exclusive.

Both allow a team to keep a player on their roster for one season beyond the end of their existing contract. (All NFL player contracts are set to expire when the free agency period begins at 3 p.m. Arrowhead Time on March 18).

Both require that if the team and player cannot come to terms on a new deal before a specific date — which in the case of this season is July 15 — the team to pay the designated player a specific salary based on their position.

Under an exclusive franchise tag, the player cannot negotiate with other teams; he is tied to the team that tagged him. But under a non-exclusive franchise tag, the player may negotiate with other teams. The player’s current team has the right to match any contract offer that is made. If it doesn’t, the player may take the new deal — but the new team must compensate the old one by giving up two first-round draft picks.

Generally, teams use the non-exclusive version of the franchise tag. There are two reasons for this:

The first is that when playing under a non-exclusive franchise tag, the player’s salary is the greater of 120% of their current wage or the average salary cap percentage of the top five players at their position over the previous five seasons; this percentage is then applied to the current salary cap to determine their one-year compensation.

The second reason, of course, is the possibility that under a non-exclusive franchise tag, the team could potentially net two first-round draft picks if the tagged player moves on to another team. Few NFL general managers would have a problem with getting that return for a player they’re having difficulty signing to a new contract.

The transition tag works just like the non-exclusive franchise tag — but with two key differences:

The other is that should the player negotiate a new deal with another team, their current team still has the right to match it — but if it doesn’t, it receives no compensation from the new team.

For this reason, transition tags are used only rarely. But in this offseason — with teams having the option to use both franchise and transition tags — we may see teams opting to use them to keep lower-echelon players. For example, an unrestricted free agent a team might wish to keep on their roster for the coming season — but one they don’t want to sign to a multi-year deal — might be a candidate for the transition tag.

Final figures for the salaries paid to players on non-exclusive franchise or transition tags won’t be available for another couple of weeks, when the total amount available to each team under the 2020 salary cap is announced. OverTheCap has made this projection of what these salaries will be.

A player may be tagged in consecutive seasons. In theory, this could go on forever. But because of the CBA’s provision that when playing under a tag, a player’s salary can be no less than 120% of the previous season, it doesn’t usually happen. A tagged player playing for $10 million this season will play for at least $12 million the following season — and at least $14.4 million the season after that. That’s usually going to be prohibitively expensive.

As long as the player hasn’t yet signed the contract tender, tags may be rescinded by the team at any time before the mid-July contract extension deadline. Tags may also be withdrawn if the player fails “to establish or maintain his excellent physical condition.” But if the tag is withdrawn, the team can’t use the tag on another player.

As long as the tag remains in place — and the player has signed their tender — once the July deadline passes without a new contract between the parties, the team and player are committed to the one-year contract.

While tags are designed to give teams and players additional time to work out new contracts, teams will sometimes use franchise tags as a means of trading a player whose contact is about to expire. There is plenty of speculation that the Chiefs will soon do this with defensive tackle Chris Jones.

Last year, this happened in two different situations in which the Chiefs were involved. The Chiefs placed the franchise tag on linebacker Dee Ford and then traded him to the San Francisco 49ers for a 2020 second-round draft pick. Meanwhile, the Seattle Seahawks had used their franchise tag on defensive end Frank Clark. Then they traded him to the Chiefs for picks in the first and second round and a swap of mid-round picks.

As in most of these kinds of trades, they were contingent on new contracts being negotiated with the traded player. Both Ford and Clark got multi-year contracts with their new teams.

But it should be remembered that there is a risk associated with using tags in this way, because if you can’t find a trading partner for your tagged player (or come to terms on a new contract), you’re stuck with paying them a large salary for the coming season — or rescinding the tag and coming away with nothing.