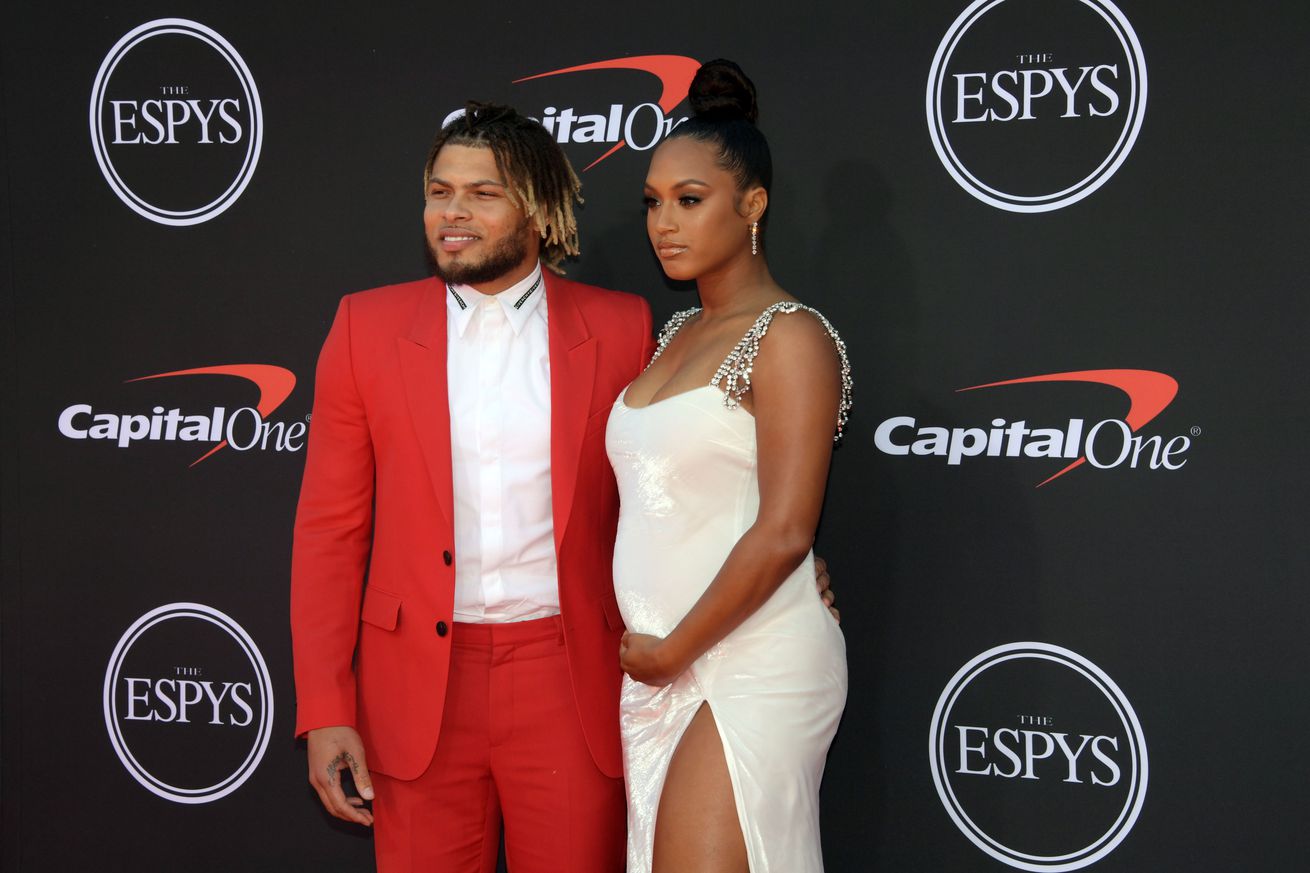 Just a few days ago, quarterback Tom Brady announced that he would be leaving the New England Patriots. This sent the NFL world into a bit of a frenzy, as fans, reporters and even players began speculating as to where he would land.

But Brady didn’t go to the Chargers. Instead he landed away from the Chiefs as a member of the NFC’s Tampa Bay Buccaneers.

“I was surprised,” said Mathieu Thursday on ESPN’s “First Take” with Stephen A. Smith and Max Kellerman. “My guess was he was going to go to LA, especially with the announcement of his new production company. But I think him and Bruce Arians are going to have a great relationship. I think coach Arians is on of those kind of guys that really rallies around veteran players, and he likes to coach those guys, and I think Tom Brady will obviously bring a lot to Tampa Bay, and it will be high expectations for those guys right off the bat.”

Mathieu would know all about Arians, as it was Arians and the Cardinals who selected him back in 2013. Mathieu also knows wide receiver DeAndre Hopkins well from their time together as Texans back in 2017.

The Texans’ Bill O’Brien recently traded Hopkins to the Cardinals, another transaction that surprised Mathieu in what has been a wild first few days of the new league year.

“I was probably just as shocked as everybody else,” said Mathieu. “I really couldn’t imagine DeAndre Hopkins not retiring in a Texans uniform. I spent a season with him a couple years ago, and he’s probably everything you want in a player, especially a teammate — not only the thing he does on the football field Monday nights, Thursday nights, Sunday nights. It’s the kind of impact he had in the community as well. He was one of these guys who was always out there. He was very vocal about — especially the voiceless. He gave a lot of people hope in Houston, so to see him go is definitely shocking, but to see him unite with his greatest mentor in Larry Fitzgerald, I’m pretty sure those guys are going to do something special in Arizona.”

And speaking of special receivers, the panel also brought up a current teammate of Mathieu’s: Tyreek Hill.

Mathieu explained why he believes Hill deserves similar praise to Hopkins — and shared some insight as to why he may not receive it.

“In my opinion, he’s definitely one of the best receivers in football,” Mathieu said of Hill. “I’ve had a chance to practice against him, go up against him in one-on-ones, no cameras, and he’s crafty. I think a lot of times, that gets overshadowed just simply by his speed. You got to understand, a lot of times, when he lines up, he’s lining up in two-man coverages, Cover-2 coverages, so his route combinations get limited in a sense.”

Hill and Mathieu will enter the 2020 season as champions for the first time, which is some unfamiliar territory for Kansas City. Chiefs head coach Andy Reid has already noted how in the upcoming year, the Chiefs will get every opponent’s best game.

“He’s so humble and he’s so hungry, the sky’s the limit for him. I think he’ll continue to lift that franchise to new heights….they got some new pieces. I think they’re trying to make a run for us. But you never take any opponent lightly in the NFL.”

As of this writing, the Ravens have added defensive end Calais Campbell and defensive tackle Michael Brockers — both additions intended to slow down dynamic players like Patrick Mahomes. If you’re asking Mathieu, that’s a tall task.

“I think Pat Mahomes is special,” Mathieu told ESPN. “I think he’s going to be one of the best quarterbacks to really ever play this game.”

With the Chiefs off to a very quiet start in free agency, that’s a good reminder.