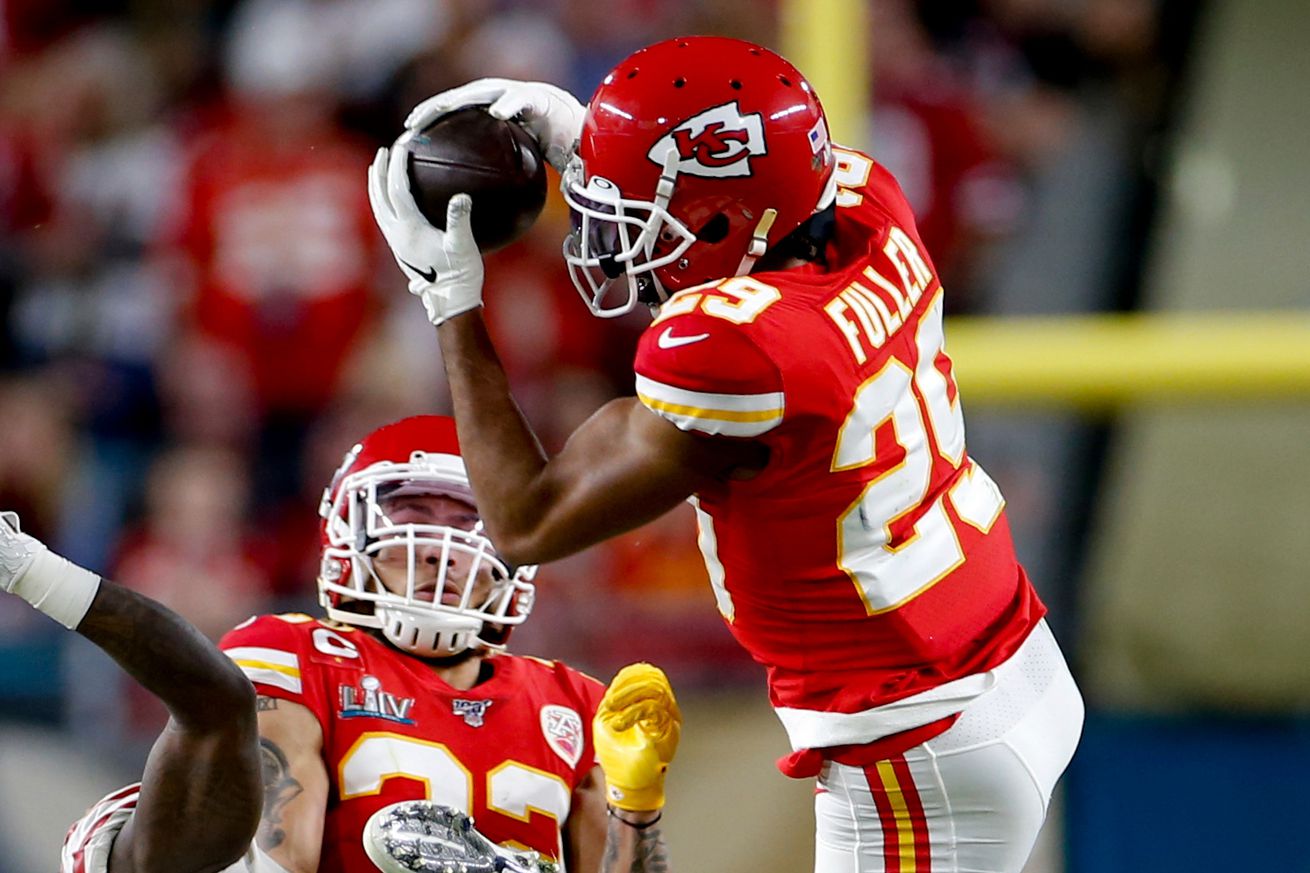 The football analytics site has published the annual list based on its proprietary grades.

On Monday, football analytics site Pro Football Focus published an article naming the players they consider to be the NFL’s top 100 free agents this offseason.

Heading into his age-26 season, Jones is one of the best young defensive linemen in the game. He graded at 84.9 overall during the regular season, good for sixth among interior defensive linemen; it marks his third consecutive year in which he’s ranked in the top eight at the position, and this year saw him move around the defensive front more than ever. Jones’ 58 total pressures were the fourth-most among interior defenders this year, and he’s proven to be a capable, disruptive run defender.

One other Chiefs player made the list: cornerback Kendall Fuller. who was listed 54th.

There’s no arguing that Kendall Fuller’s career has been heading south at a rapid rate of knots, but we are just two years removed from him looking like the best slot defender in the NFL. In 2017, Fuller earned an overall PFF grade of 90.6 thanks to four interceptions and eight pass breakups; he allowed a passer rating of just 56.7 and only 9.3 yards per catch. The Chiefs moved Fuller to safety where his play fell off a cliff, but a new team might try and resurrect his best play in the slot given that he is just 25 and should theoretically have his best football ahead of him.

Former Chiefs safety Eric Murray — traded to the Cleveland Browns for defensive end Emmanuel Ogbah before the 2019 season — came in at 92 on PFF’s list.

As with all such PFF articles, these rankings are based primarily on the site’s proprietary grades. So unless you buy into their process, the list may mean little to you — and even if you do, you’d probably find a basis for disagreement about specific players.

Still, it highlights how difficult it may be to resolve Jones’ situation with the Chiefs. As one of the league’s biggest free agents — at least by PFF’s calculation — he is in position to command a contract the Chiefs could have difficulty fitting into their salary cap situation.

And with five quarterbacks in the top five (and three more in the top 20) the list speaks volumes about what could be a substantial changing of the guard among the NFL’s signal-callers this season — not just among the starters, but also among the backups.

Suppose Tom Brady — as rumored — ends up with the Las Vegas Raiders. Does that mean Derek Carr would suddenly be available on the free-agent market? If so, could the Chiefs see the 29-year-old Carr — whom head coach Andy Reid has admitted he liked coming out of college — as a better backup alternative than either 34-year-old Chad Henne or 36-year-old Matt Moore, who are set to become free agents?

Carr might look terrible to Chiefs fans — in his career, he has a passer rating of just 74.6 against Kansas City — but against every team but the Chiefs, it is 93.1. Much like Sammy Watkins, releasing Carr would save the Raiders $13.6 million against the 2020 cap, while forcing them to eat $7.9 million in dead money. For a team that starts out with $51 million in cap space — and reportedly wants to spend $60 million on Brady over two years — that might make sense. Carr might not be available to the Chiefs — he could easily be an attractive-enough option to get a good contract from another team — but with so much turmoil in the quarterback ranks, who knows what could happen?

Yeah… it’s a crazy idea. But it could be a crazy season.