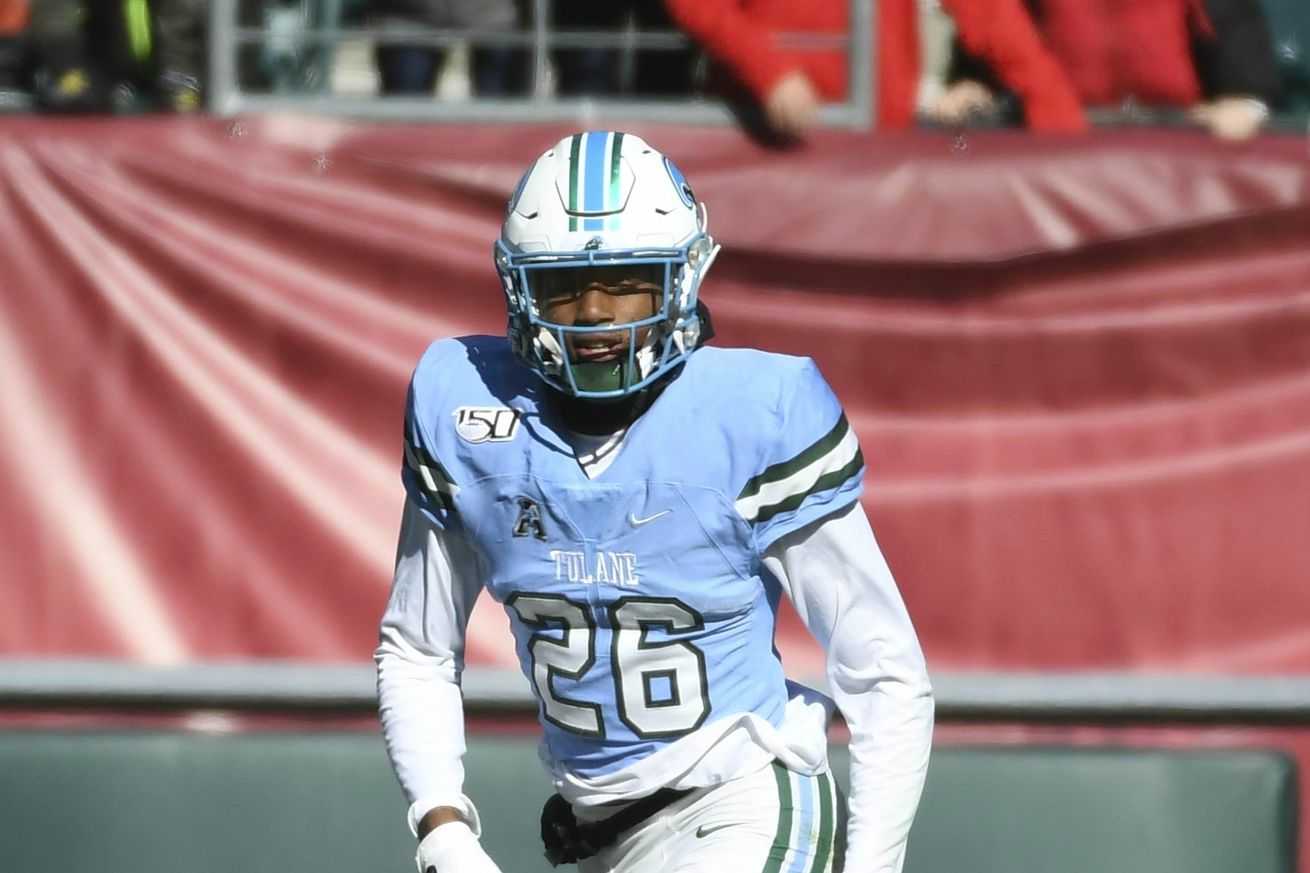 The Chiefs sent a 2021 sixth-round pick to the Tennessee Titans for the seventh rounder, which they used to select Keyes.

The Kansas City Chiefs traded back into the draft to select Tulane cornerback Thakarius “BoPete” Keyes at pick No. 237 overall in the seventh round of the 2020 NFL Draft. The Chiefs sent a 2021 sixth-rounder to the Titans in exchange for the pick.

The @Titans have traded the 237th overall pick to the Chiefs in exchange for a 2021 sixth-round pick.

I was excited to see the Chiefs get back into the draft to select a player I would have been THRILLED to see them take at No. 177 in the fifth round. Keyes — who prefers to be called “BoPete” — is a fantastic developmental cornerback prospect that has a legitimate chance of making the 53-man roster. We put a fourth-round grade on Keyes in the KC Draft Guide.

He has excellent length and a strong athletic profile. He uses his length well, as he’s competitive at the catch point. He has quality feet and good fluidity through his frame for a man his size. He’s physical at the line of scrimmage and uses the boundary to his advantage. Keyes is still a raw prospect but there is a lot to like about his athletic profile, ball production and frame. He doesn’t have to play right away, but don’t be surprised if Keyes sticks around in Steve Spagnuolo’s defense for a while.