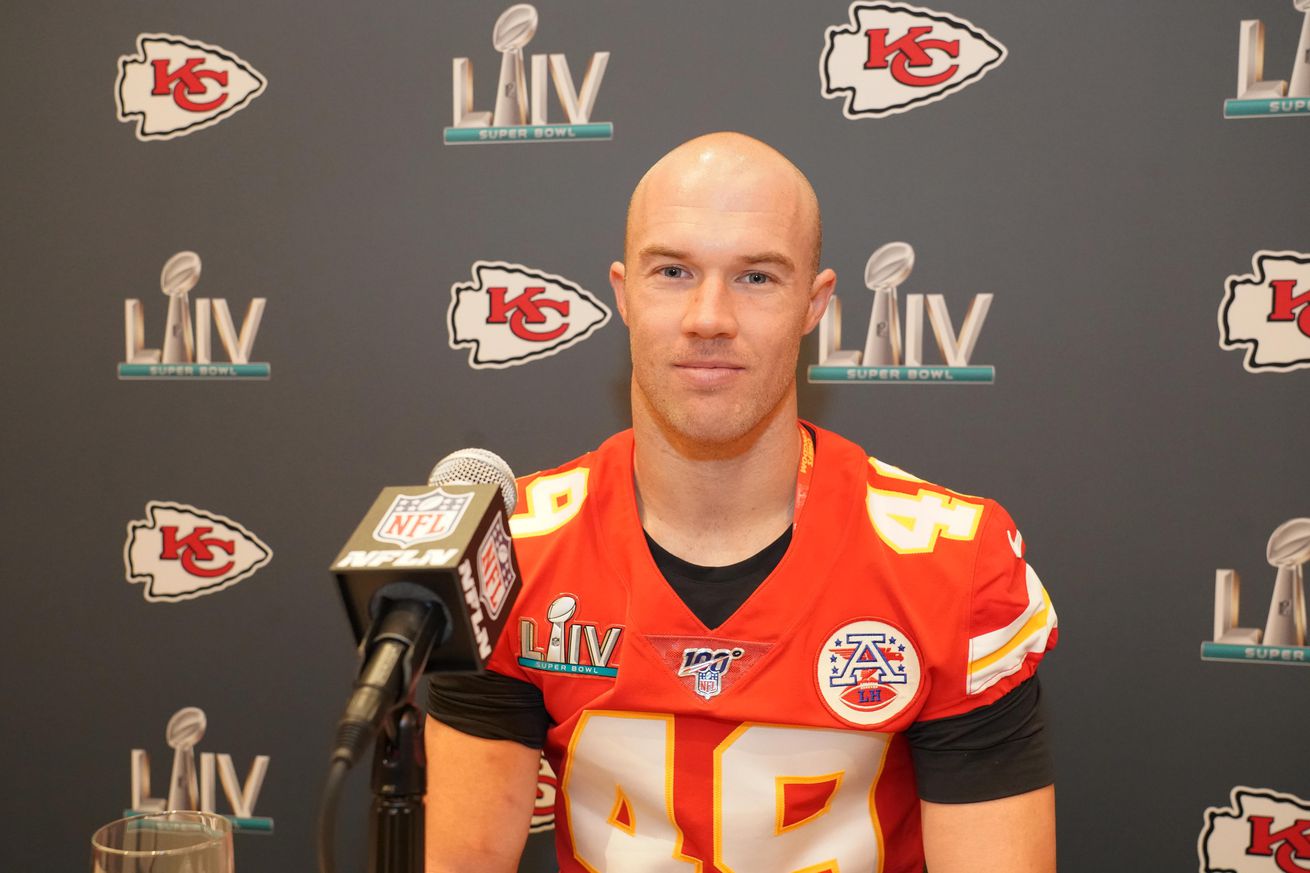 The Chiefs made their picks in the 2020 NFL Draft and now they move to check out the undrafted free agents. We’re tracking the rumors and signings here.

The Kansas City Chiefs go from the end of the 2020 NFL Draft to immediately looking at the 2019 NFL undrafted free agents (UDFAs). These are the players that did not get drafted in the NFL’s regular seven-round draft but will be signed to free agent contracts with NFL teams after the draft.

There is a case to be made that it is better to go undrafted than be drafted because then you can pick your situation. Recent successful undrafted Chiefs free agents include Daniel Sorensen (Kansas City), Damien Williams (Miami) and Charvarius Ward (Dallas).

Teams can sign UDFAs up to the 90-man roster limit, so it varies by team how many UDFAs they will sign. UDFAs make the offseason roster, but they still often have a way to go to make the 53-man roster, which is decided shortly before the start of the season in September. It’s not unusual for a team to keep a UDFA or two.

Note that many of these signings are not official until the Chiefs actually announce who they have signed. They tend to do this in a wave early next week. Some of these players will actually be given a chance to try out for the team but not actually given a contract.

Chiefs have agreed to a UDFA deal with Mississippi State OL Darryl Williams, according to sources.

Williams can play center and guard.

The Chiefs have agreed to a UDFA deal with Missouri OL Yasir Durant, per source.

The Chiefs have agreed to a UDFA deal with Michigan CB Lavert Hill, a source tells me.

Hill is tough as nails and very smart.

I didn’t know if the Chiefs would be in on him due to size and speed limitations (see: the other moves they made), but I’m a fan of his character and IQ. https://t.co/zFDZRFhVed

The Chiefs have agreed to a UDFA deal with Vanderbilt WR Kalija Lipscomb, a source tells me.

Feels good to be back! @Chiefs

A lot of media were very high on him. I wasn’t *as* into his tape, but I liked what we saw at the Senior Bowl. He was better than a fair amount of the CB’s that got an initial invite.

They’re adding a ton of swings to the CB room. https://t.co/Ny2eS1S5tL

#Chiefs have agreed to terms on a UDFA deal with Marshall LB Omari Cobb, according to a source.

Proud to announce that I will be joining the Kansas City Chiefs! So excited to be starting the next chapter with the Chiefs organization! @Chiefs @GatorsFB @SPORTSTARSNYC #ChiefsKingdom

#Chiefs have agreed to terms on a UDFA deal with SMU safety Rodney Clemons, according to a source. Clemons tips the scales at 6-foot, 209 pounds.

#Chiefs have agreed to terms on a UDFA deal with West Virginia DB Hakeem Bailey, according to a source. Bailey measures 6-foot, 192 pounds.

Maurice Ffrench will sign a UFA contract with the Super Bowl champion KC Chiefs. Not a bad landing spot for a wide receiver.