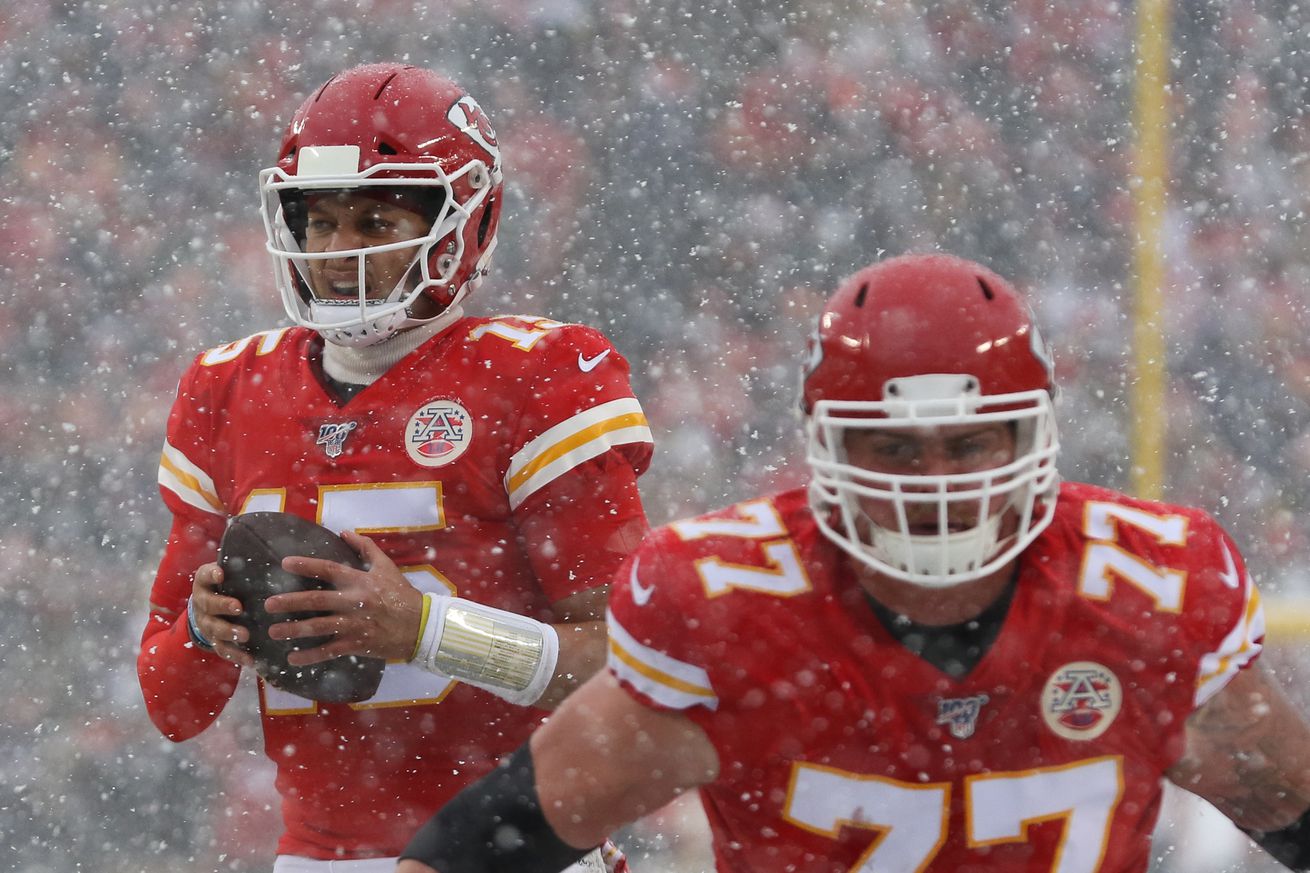 Every NFL team has young players — or even veterans — they are expecting to improve, taking a step forward from season to season. With a team like the Kansas City Chiefs — which brought back most of their World Championship team — the ability to bring in new talent tends to rest on the rookie NFL Draft class. This puts extra pressure on players already on the roster to take a step forward, helping to cover the gap between bringing in proven talent through free agency and unproven talent in the draft.

The Chiefs have fared well in growing talent within the organization — but this year that will be more critical than in most recent seasons. Without big free-agent signings — like Frank Clark, Tyrann Mathieu, Sammy Watkins or Anthony Hitchens in previous years — it will be more important for developmental players to step up.

Let’s take a look at three players who are in positions to help drive the ship in 2020 — and tthat will need to show a lot of growth to do it effectively.

Under the last season’s new coaches Brendan Daly and Steve Spagnuolo, Kpassagnon took a step forward — but it looks like he’s in position to take another this season.

Tanoh Kpassagnon showed his development & was able to play significant snaps because of it last season.

Going into 2020, the Chiefs should be expecting another step and for him to start winning more consistently. Keep learning how to utilize his length & the pass rush will come pic.twitter.com/9kJdk2ZVd4

Injuries played a partial role into pushing Kpassagnon onto the field, but he showed a ton of growth from previous seasons.

Filling in as a starting defensive end — and in sub-packages, serving as the primary pass rusher at defensive tackle — Kpassagnon saw a lot of time on the field. As a pass rusher, most of his production still comes with second effort on stunts — and with occasional high-end flashes. He’s clearly learning how to utilize his length, power and first step — but the pass-rushing plan is still a work in progress. As an interior rusher, his quickness is a clear mis-match — but he’ll likely be on the outside more than he was last season. He’ll have the chance to make more impact plays as a defensive end.

Showed a lot of growth as a run defender from a play I.D. and maintaining his leverage/gap last season.

As both a pass rusher & run defender, KPass flashes high end play backed by solid reps. If the consistency of the impact plays can see a small uptick, his 2020 should be great pic.twitter.com/8OV6WAR6TW

Early in his career, one of the biggest things keeping Kpassagnon off the field were his struggles against the run. A lack of leverage with which he could hold the edge — and an inability to properly diagnose running plays — really held him back. But he’s gotten a lot better, using his length to generate leverage and hold his gap.

The biggest difference, however, has come in the film room; he’s been much quicker to diagnose rushing concepts. Against the run, his impact plays will need to be more frequent — but he’s going to be getting starter level-reps, so he’ll have the chance to make that happen.

Wylie would have been on this list last season, too — but changing positions and playing through some injuries derailed what had been a hot start to his Chiefs career.

Good initial punch by Wylie that slows the DT and Wylie starts moving his feet to stay balanced. Outside hand isn’t in a great spot and gets knocked off but Wylie has a wide, low base which allows him to bend and recover up and under the DT who’s he’s forced upright. + recovery pic.twitter.com/E0tdevSGKc

Wylie’s best film came in 2018 while playing right guard — and that’s where he’ll be to start 2020. Comparing his play at the two positions is almost night and day; on the right side, he’s clearly more comfortable with his footwork and spacing — whether it’s from simply being on the right or playing next to Mitchell Schwartz instead of Eric Fisher. That’s not saying his film at right guard is perfect; it’s still full of inconsistent technique and lapses in footwork. But he was much better than on the right.

Wylie’s play is similar Laurent Duvernay-Tardif’s early seasons. There are some impressive plays while on the move in the running game — or while recovering in pass protection. Wylie’s lateral athleticism — and good power in his hands — allow him to function without being in a perfect position. He’s able to work in both zone and power schemes — and he has the physical ability to play head-up against any pass rusher. Wylie just has to keep his feet active, trying to stay balanced while working off the line of scrimmage.

Being put back on the right side — and getting another season to perfect his technique — could help Wylie rebound in 2020.

Many have mixed feelings about Niemann, but it’s evident the Chiefs trust him — and are trying to work him onto the field.

Ben Niemann is primed to play a larger role in the LB room in 2020.

Often utilized as the DimeLB and in 2020 getting a shot starting as the WILL, Niemann’s IQ in coverage and ability to sift through trash on the backside could allow him to make that jump to quality starter. pic.twitter.com/1JQ03vdCp5

In 2019, Niemann was the primary backup at MIKE linebacker — and in passing situations, was the dime linebacker.

There were mixed results. Niemann made quality plays in zone coverage — showcasing a high IQ and a good feel for zone — but there were also times he was of flat-out unable to stick with receivers in man coverage. Niemann will continue to get lots of coverage reps — and as long as it’s in zone, his IQ will continue to shine. He’s got a quick trigger to come downhill on running backs in the flats — and has good general spacing when working into shallow zones — but he will need to be improve in man coverage.

Niemann lacks the general physical traits to be good against the run. This season, it’s been widely reported that he’s stronger and looks bigger. This could be why he’s been getting more reps with the base defense. He’s not going to get much faster (or more explosive), so his plays behind the line of scrimmage will remain minimal. But if he can play more stoutly, he should be able to fend off contact more efficiently.

For Niemann to hold both those roles all year, the Chiefs will need him to make more impact plays. As the WILL and dime linebacker, he’ll need to be a more dynamic linebacker who can make plays in the passing game — and play with range against the run.

The Chiefs will need some young guys to step up this season; the issue is finding which players will have the opportunity on a stacked roster. Kpassagnon and Niemann both saw plenty of reps last season — and appear to be receiving promotions this season — putting them in the the lead among players who need to show defensive improvement.

On offense, Wylie doesn’t play a sexy position — and isn’t asked to make the most impactful plays — but as the starting right guard, he could help solidify an inconsistent interior offensive line; he’s returning to his “better” spot, where he could build on his 2018 form.

To repeat as Super Bowl champions, the Chiefs don’t need these players to be better. But the team has placed its trust in them to take the next step — and help #RunItBack.