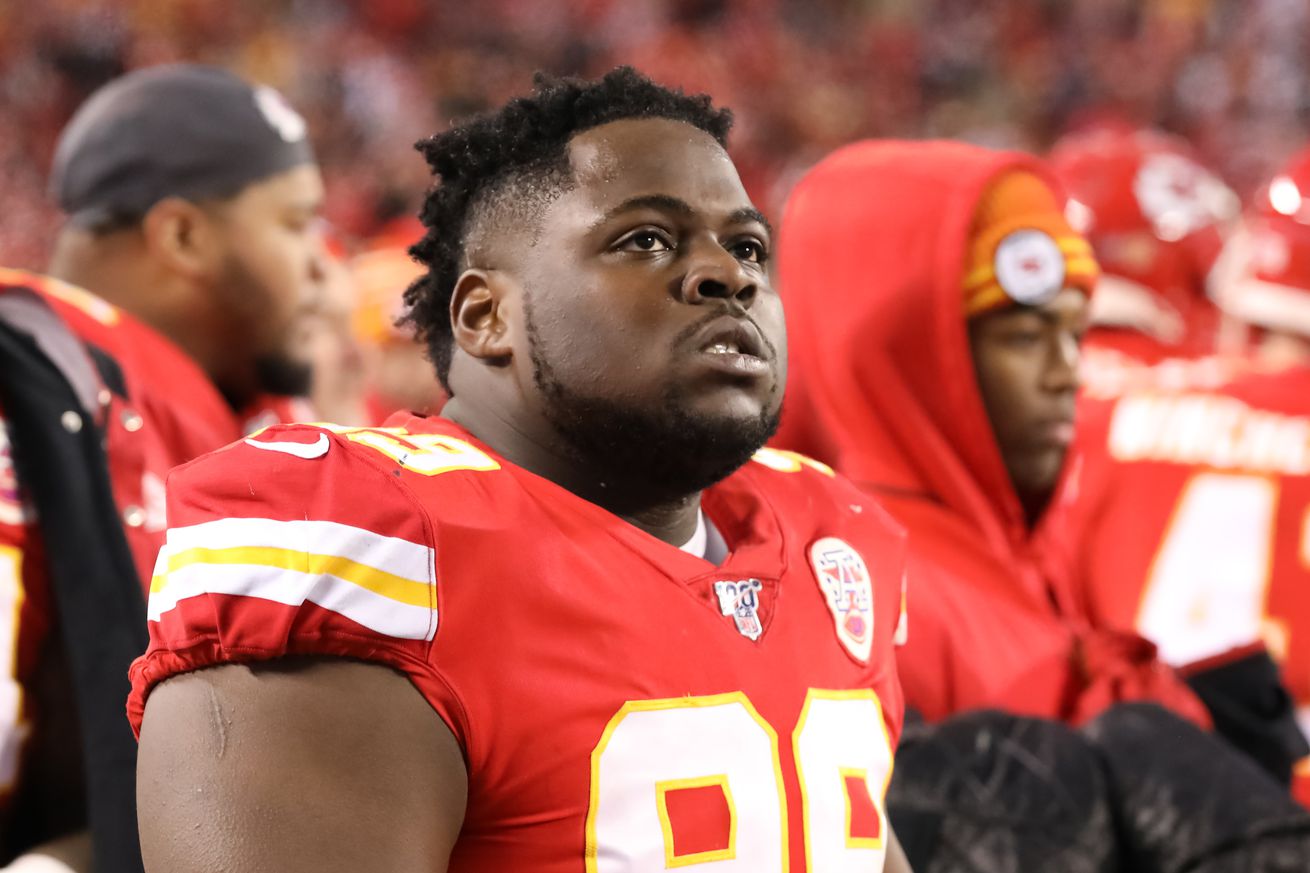 Saunders dislocated his elbow in Kansas City’s game against the Houston Texans.

The Kansas City Chiefs will be without defensive tackle Khalen Saunders for a month, according to NFL Network’s Ian Rapoport.

#Chiefs DT Khalen Saunders, who left their opener early after a dislocated elbow, is expected to be out about a month, source said. There were no fractures and he does not need surgery. Considering the injury, Saunders was pretty fortunate.

The Chiefs also protected practice squad defensive tackle Braxton Hoyett on Tuesday, according to the NFL’s transaction report. Hoyett is the first player the Chiefs have opted to protect under the league’s 2020 practice squad rules.

A month from Wednesday would be Friday, October 16, meaning Saunders would miss games against the Los Angeles Chargers, Baltimore Ravens, New England Patriots, Las Vegas Raiders and Thursday night against the Buffalo Bills. If all goes well and Rapoport’s report is right, Saunders could get back to practice the Monday after, as the Chiefs begin preparation for the Denver Broncos.

The Chiefs drafted Saunders in the third round of last year’s NFL Draft. In 12 games and four starts as rookie, he registered 22 tackles (13 solo), two quarterback hits, a sack and a pass defensed.

If his tweet from last Friday serves as any indication, Saunders appears to be in good spirits.

Thank you God. I know this could’ve been a lot worse. I am humbled. And thank you to all my family, friends, and the chiefs kingdom. I feel your prayers healing me as we speak! Love you all. ❤️ #TheComeback