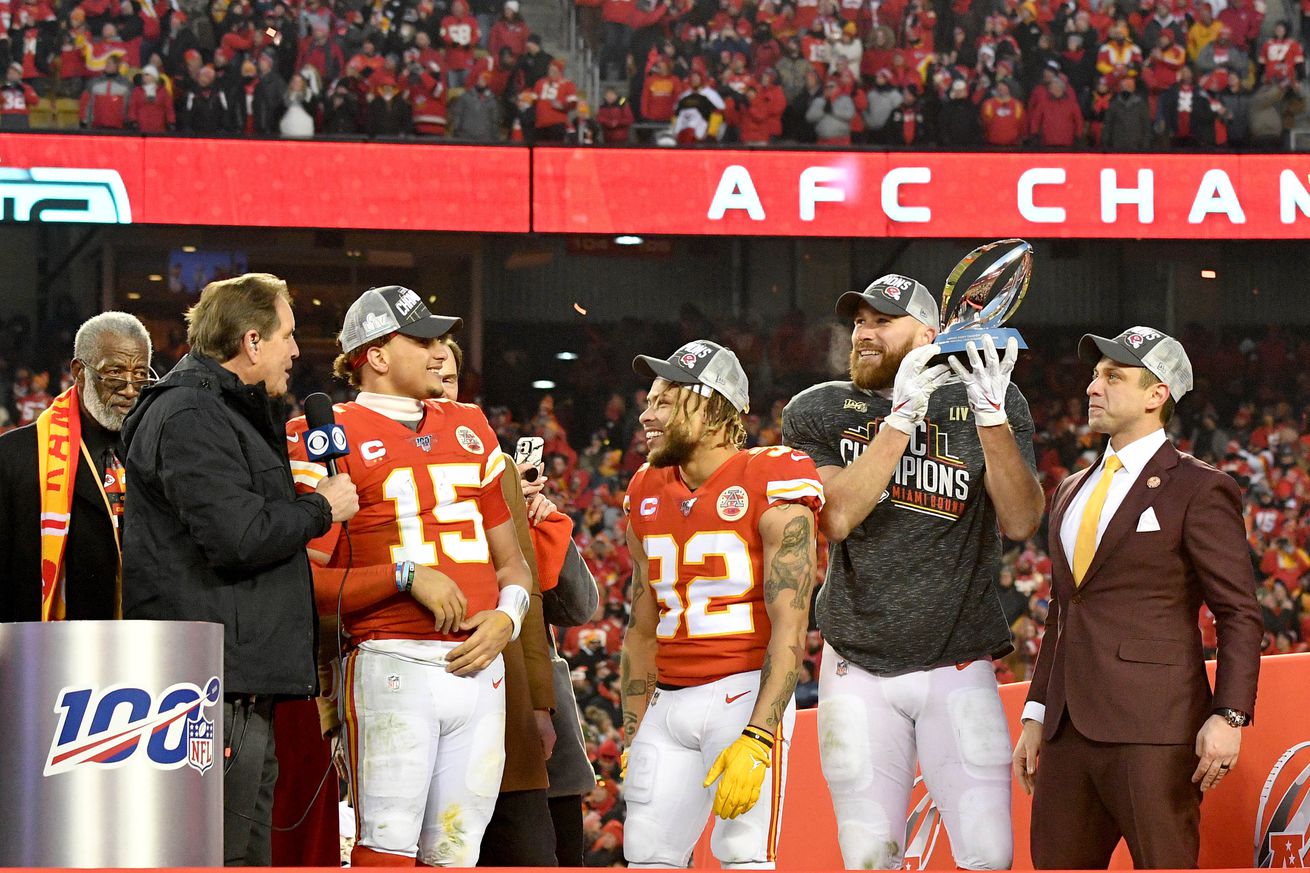 The owner and general manager remain optimistic that the new agreement will happen — we just don’t know when.

Now finished with the third year of his career and rookie contract, Kansas City Chiefs quarterback Patrick Mahomes is due for an extension, one that is expected to shatter records for richest contract in NFL history.

On Saturday, Chiefs owner Clark Hunt sounded optimistic but was still unwilling to commit to a timetable as to when the two sides — the Chiefs and Mahomes’ representation — might strike a new deal.

Hunt alluded to be in somewhat regular contact with Chiefs general manager Brett Veach as the organization works on a coming to a new agreement.

“Any time that we’re talking about a big contract for the Kansas City Chiefs, I’m intimately involved in those conversations with Brett and his cap staff. I don’t want to say that we’ve been talking about this weekly because Brett’s been very focused on the draft. As you know, and I know you’ve spoken to Brett and Andy, a lot of preparation had to go into turning this into a virtual draft and that was a challenge for everybody. So, Patrick’s contract hasn’t been a priority here over the last month, but going forward it will be.”

Veach said that when he is dealing with Mahomes’ team on such a deal, he relies on four things — communication, trust, creativity and dialogue.

“We have time, and I think the ultimate goal for both camps is the same and that’s to establish a long line of winning here and continue,” said Veach. “Certainly the foundation was laid from the day we drafted him and then going to the AFC championship game and the following year following that up with a Super Bowl win. His goal and his mindset is the exact same mindset that we’re in and that’s just to win championships here and create legacies.

“Pat wants to certainly create his own legacy and he wants to do that in Kansas City and we want to establish a long line of winning Super Bowls here. I think at the end of the day, we all understand the dynamics that go into making that happen, both individually and as a team.

“Like I said, the good thing is there isn’t a kid that believes in team more than Pat and we’ll have a lot of time. The fact that there’s dialogue and there will continue to be dialogue and there’s a lot of trust and faith in each other I think will help us as we navigate the next few months.”