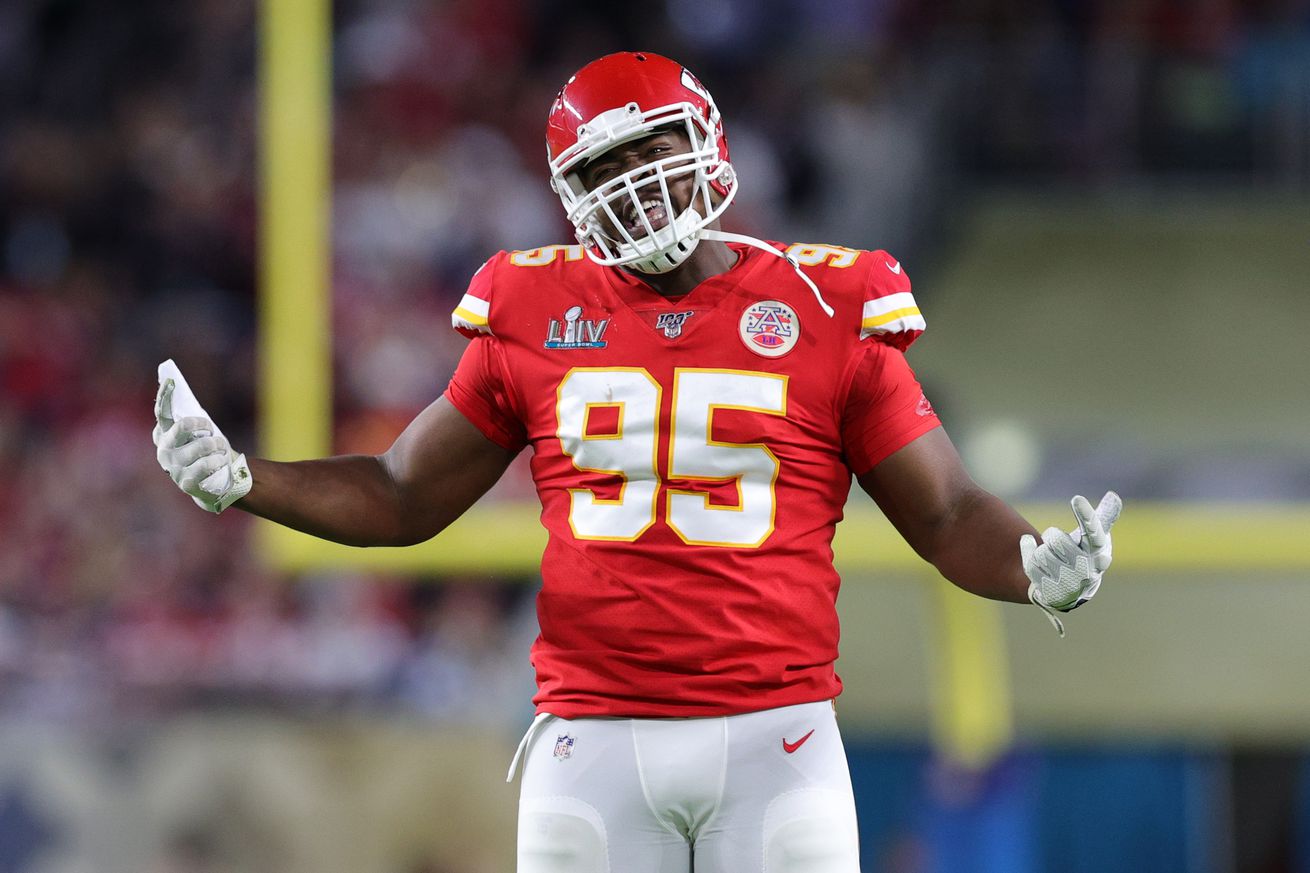 NFL Network is reporting that the Chiefs will franchise tag Jones.

The #Chiefs are going to franchise tag star DL Chris Jones, sources say. Not a surprise, but Kansas City views him in their long-term plans and hopes to get a deal done at some point. The window opens officially today.

This has always been the expected outcome for Jones — whether he signs a new contract with the Chiefs, plays for a season on the franchise tag or has his rights traded and works out a deal with a new team.

The last time the Chiefs and Jones’ representatives were negotiating, they were reportedly around $20 million apart on guaranteed money. Back in April, NFL dot com projected that Jones could sign for somewhere in the range of $18-22 million per year.

With the players and owners under negotiations for a new Collective Bargaining Agreement, the two sides agreed to push back the franchise tag window to February 27, which is likely why the tag news emerged on Thursday. According to CBS Sports cap expert Joel Corry, if Jones were to play on the franchise tag for 2020, he would make approximately $16.3 million.

As Rapoport noted, Kansas City views Jones “in their long term plans” — and Jones has talked about wanting to stay with the Chiefs. The franchise tag buys the two sides additional time to work out a deal. As I wrote in five bold predictions for the Chiefs offseason, my gut tells me Jones remains in Kansas City on the franchise tag in 2020 — but this situation can still go in a variety of ways.

With the Chiefs needing to work on an NFL record-setting contract extension for quarterback Patrick Mahomes, that $16 million-plus cap hit would be rather steep.