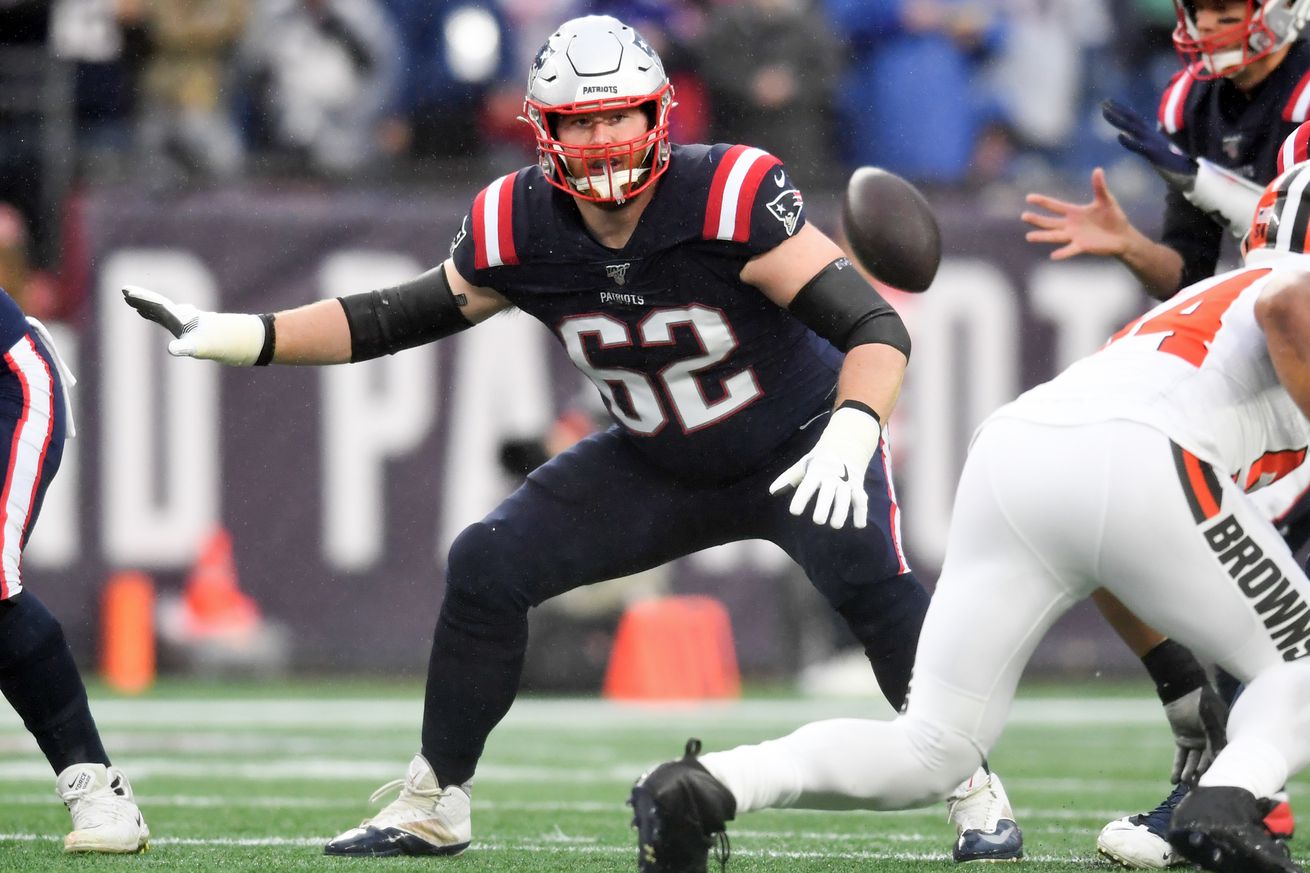 On the Wednesday episode of the Arrowhead Pride Laboratory, we put the cornerback position under the microscope. We looked at the 2019 performance for the position and discussed free agent and draft targets that make sense for the Chiefs.

Every week, we’ll go position by position leading up to draft weekend. The Chiefs will have to be active to address the lack of depth and talent along the interior offensive line. Here are who we think are the best fits in free agency and the draft.

Laurent Duvernay-Tardif has missed 18 of 48 regular-season games the last three seasons. Patriots guard Joe Thuney has missed zero in that time span. In fact, Thuney has yet to miss a game in his four-year career — regular season or playoffs. The North Carolina State alum earned a starting spot at left guard in his rookie season and hasn’t looked back. The Chiefs need that kind of stability in the interior of the offensive line.

Thuney would thrive in the Chiefs’ outside zone-heavy scheme with his exceptional movement skills. He could move over to right guard if they wanted him to be a direct replacement to Duvernay-Tardif if the team moves on from him. It really doesn’t matter where they play along the interior. Thuney has some positional flexibility, kicking out out to right tackle at one point in his career to replace an injured Marcus Cannon. From an ability, flexibility and consistency standpoint, Thuney would be an excellent — albeit expensive — addition to the Chiefs’ offensive line room.

The perfect fit for the Chiefs on the interior of their offensive line is a Division III tackle from St. John’s (MN). Bartch wasn’t widely known heading into the Senior Bowl but made himself some money over the course of the week. Playing out at tackle during the event, Bartch got better every day in Mobile and displayed intriguing athleticism. While he was allowed to continue lining up at the position he played in college, a move inside could ultimately be the best decision for him. If that’s the case, the Chiefs would be as a good a fit for him as he would be for them. Andy Heck would have a ball of clay to develop that has shown promising movement skills and functional strength.

If his growth throughout the Senior Bowl week is any indication of the kind of developmental leaps he could make once in an NFL program, Bartch could be excellent value at the end of day two and a stable presence to protect Patrick Mahomes for years to come.

We went into detail on more free agent and draft targets — and reviewed the 2019 interior offensive position for the Chiefs — on the Wednesday episode of the Arrowhead Pride Laboratory.