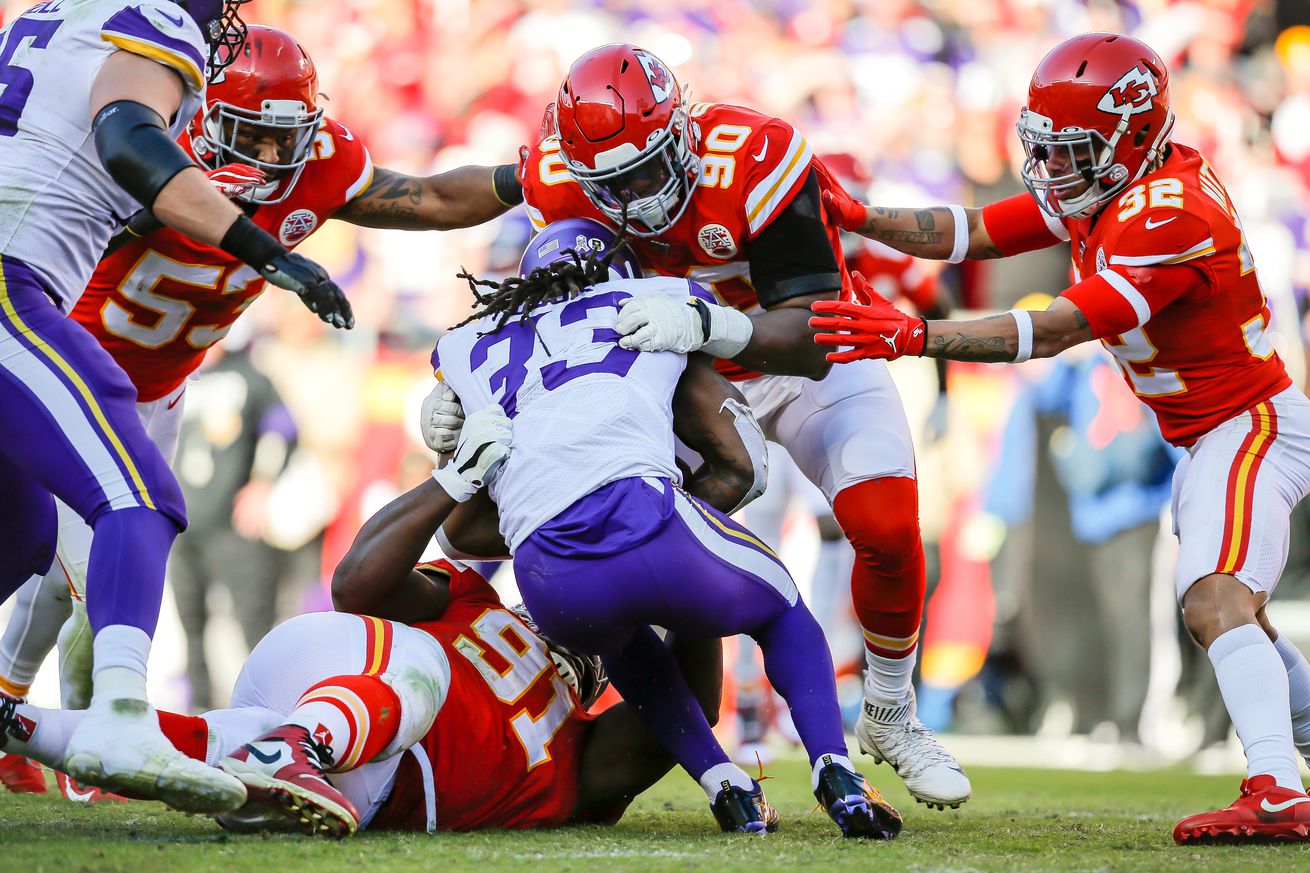 On the Wednesday episode of the Arrowhead Pride Laboratory, we analyzed the defensive end position outlook for the Chiefs. We looked at the 2019 performance for the position and discussed free agent and draft targets that make sense.

Every week, we’ll go position by position leading up to NFL Draft weekend. Here are who we find are the best fits in free agency and the draft at defensive end for the Chiefs.

The Chiefs won’t have to search very far to find their best free agency fit at defensive end. Ogbah was acquired last offseason from the Cleveland Browns for safety Eric Murray, who was unlikely to make the team anyway. Brett Veach undoubtedly won that trade.

Ogbah was on his way to a significant payday and a long-term deal before tearing his pectoral muscle. He tied his season-high sack total (5.5) in merely 10 games in Steve Spagnuolo’s defense. It now seems less likely that Ogbah will be able to cash in for a multi-year deal in free agency. If that is the case, it makes all the sense in the world for the team and player to come to an agreement to bring him back.

Ogbah already has seen the success he’s had in this defensive system, so if he’s going to have to prove it again to get paid, it might as well be with the team that was getting the most production of him. The Chiefs would get a player familiar with the defense and who has inside-outside versatility. I would push for a two-year deal, but I’d gladly take him on a one-year contract.

Garvin fits the profile that Spagnuolo has historically coveted at the defensive end position. He’s 6 feet 4, 263 pounds, with 34-inch arms and will still be 20 years old still on draft day.

There is still a lot of projection left to his game, and his best football is certainly ahead of him. Brendan Daly would have plenty to work with in Garvin, who gives great effort, has powerful hands and is strong at the point of attack. He helped himself immensely with an excellent performance at the NFL Combine, posting an elite broad and vertical jump. While that explosion doesn’t always show up in his get-off at the line of scrimmage, Garvin can rush with power and disrupt the quarterback. If the Chiefs took him late day two or day three, I’d be thrilled.