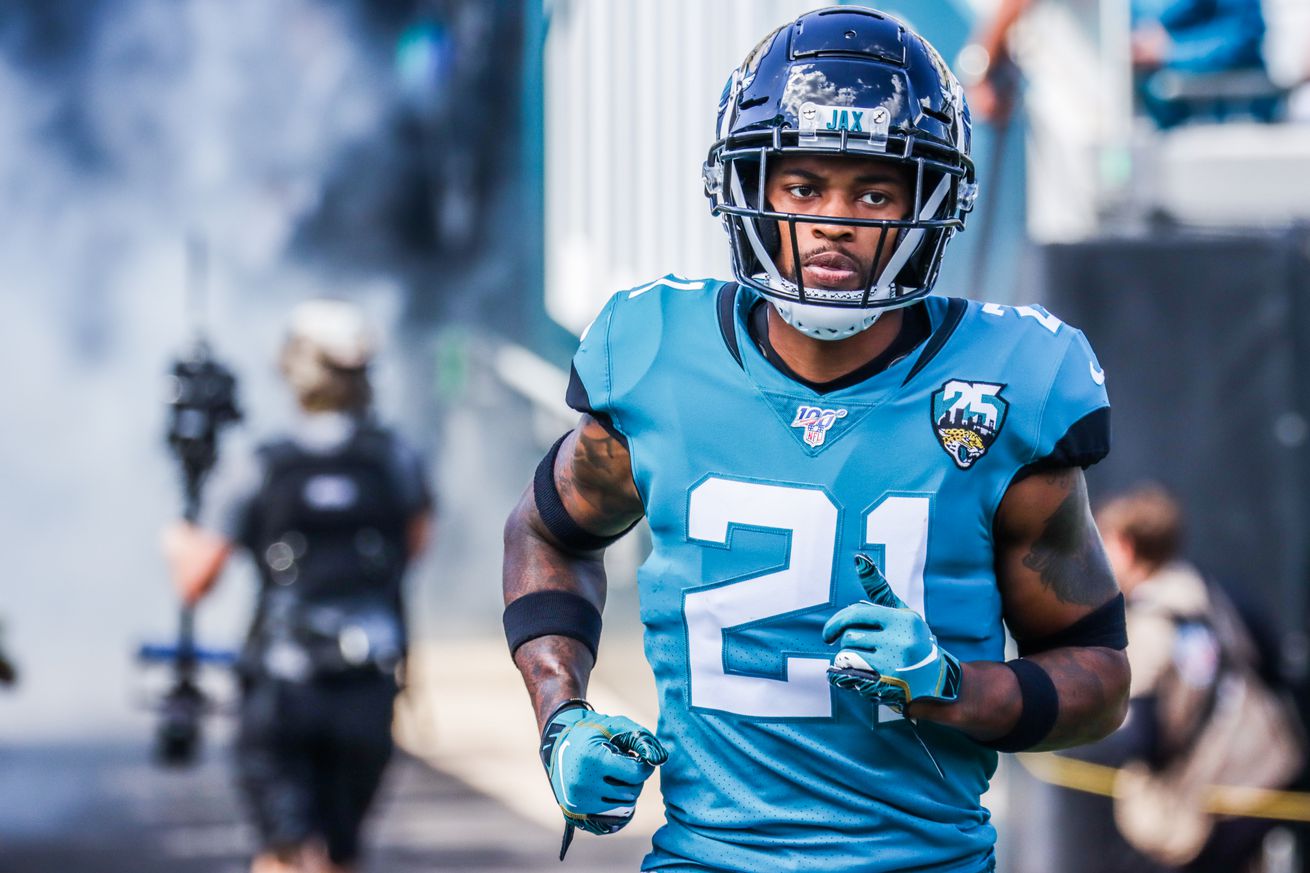 The Kansas City Chiefs became Super Bowl champions in 2019 led by a quarterback who won the league MVP, then Super Bowl MVP in back-to-back seasons.

Like Tom Brady did for so many years in New England and the AFC East, Patrick Mahomes is now a rather significant obstacle keeping AFC West teams from accomplishing anything. In-division teams must ensure they have the defensive firepower to contain Mahomes and the speedy Chiefs offense.

On Monday, we learned the Denver Broncos are doing just that, agreeing to a trade with the Jacksonville Jaguars to acquire 28-year-old 2017 second-team All-Pro cornerback A.J. Bouye. The trade was first reported by ESPN’s Adam Schefter.

The trade can’t become official until the new league year begins on March 18.

The Broncos and Jaguars have agreed on a trade that would send cornerback A.J. Bouye to Denver for a 2020 fourth-round pick, league sources tell ESPN.

The trade cannot be processed until the new league year begins March 18th.

CB A.J. Bouye has two years remaining on the contract that his agent Fred Lyles and Jaguars negotiated two years ago. Broncos get a CB they believe fits their system, Jags get more draft picks back.

According to Spotrac, the Broncos took on a lot of cap with this trade, while the Jaguars freed up $11.4 million worth of space.

The space will allow the Jaguars flexibility to tag edge rusher Yannick Ngakoue. The Broncos still have approximately $46.9 million worth of 2020 cap room (top 51 players), also according to Spotrac.

Pro Football Focus chimed in with Bouye’s grades in his three games with the Chiefs as a member of the Jaguars.

Bouye commented on the trade via ESPN.

“I’m definitely excited because Chris Harris always had good things to say about Denver,” said Bouye. “I’m about to watch film and look at their scheme some more and really study it. It’s cornerback friendly. The three times I played there the atmosphere and fanbase was amazing.”

Speaking of Harris, now that the Broncos have traded for his likely replacement, he is set to become an unrestricted free agent.

The 30-year old University of Kansas product seemed excited about that prospect when he tweeted shortly after the trade. He has only played with the Broncos in his nine-year NFL career.

lol They might have to see me now #StrapHarris

Chiefs safety Tyrann Mathieu jumped all over the tweet.

Always wanted to strap up with you. Could ya imagine, two of the shortest holding court every Sunday…. https://t.co/nDNBp7fDLW

Tell your people to call my people brother it’s on #Strap https://t.co/meyuHj9ijz

Does this particular set of dominoes end in Kansas City? Soon, time will tell if that Mahomes discount is a real thing.