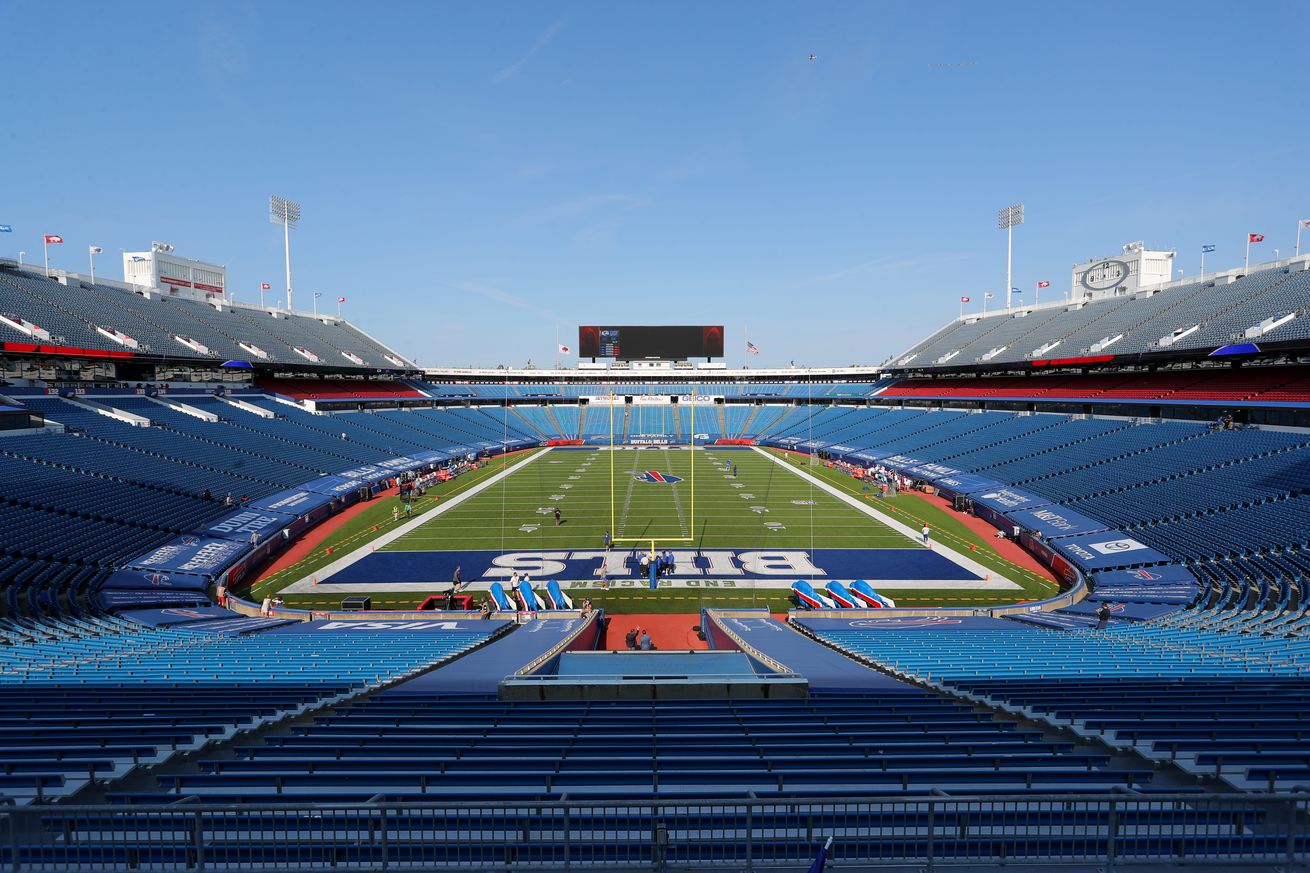 Checking in on how our staff (and our readers) see the Week 6 matchup.

In predicting the Kansas City Chiefs game against the Las Vegas Raiders, few were covered in glory. All of our contributors picked the Chiefs to win by between 15 and 25 points; our aggregate prediction was a 38.8-19.3 victory. It was not only our worst prognostication so far this season, but also worse than any of our 2019 predictions. Our readers joined in our overconfidence. 95% called for a Chiefs win — but to their credit, 27% at least predicted a close game.

Let’s see if we can all do better in predicting the outcome of Monday’s game against the Buffalo Bills.

I’m not going to lie: I love the Josh Allen experience. But this Monday, I’m hoping we see more of the bad side of that experience, courtesy of a rebounding Chiefs defense. The Chiefs simply cannot afford to drop this game in the race for the No. 1 seed, and they won’t. A couple of late touchdowns will make this game look better for Buffalo than it actually was. Chiefs 33, Bills 30

Since the schedule was announced, this has been one of the games that has scared me the most; the idea of playing the Bills on the road in a short week was terrifying to me. But now that the game will be played on a Monday night, I am less frightened. The Chiefs will not only have a longer-than-usual week to prepare, but the Bills will be shortchanged a day’s worth of preparation. I think the Chiefs offense will be loaded for bear after their loss to the Raiders, but I also think the Bills offense will be able to put some points on the board. Chiefs 34, Bills 27

If this game was played on Thursday, as it was originally scheduled for, the Chiefs would have had to travel to Buffalo on only three days rest after a very physical loss to the Raiders. It would have been set up for the Chiefs to lose two games in a row — which has happened a lot more frequently than you’d think under head coach Andy Reid. Instead, the Chiefs actually get an extra day of rest while the Bills come off a bad performance on Tuesday night. This is an important game for AFC seeding, so I believe we’ll see that next level of preparation that Reid has for big contests, like Week 3 against the Ravens. The Chiefs offense gets back on track and the defense forces a turnover in a crucial situation to seal the win. Chiefs 31, Bills 21

Two of the NFL’s top teams are coming off of weeks they’d like to forget, as the Chiefs and the Bills face off to get a good foothold on the AFC playoff race early in the season. When the Chiefs have the ball, the focus has to be on beating zone coverage, which is something the Bills run a lot of and the Chiefs struggle to beat. Expect some more true route concepts and strays of the normal “vertical everything” spacing concepts the Chiefs run with a healthy Sammy Watkins. On defense, the Chiefs secondary will have to rebound after a very rough last outing, and the pass rush has to be the catalyst for that. Look for Frank Clark and Chris Jones to both come out with their “best games” of the season, working against a good-but-not-great offensive line. I think this game is going to be close throughout with both offenses finding success, but in the end, the better quarterback and offense edges it out. Chiefs 38 Bills 34

Bad things happen when we predict blowouts around here. But that’s mostly true for division opponents. We should know by now that all bets are off when it comes to the Chargers and Raiders, and the Chiefs will be in a dogfight with lesser AFC West teams. But we also know that the Chiefs can rise to the occasion when facing the top teams in the league, especially when playoff seeding is on the line. This Buffalo team appeared (at least until last week) to be right there with Kansas City and Baltimore atop the Conference. They have a solid roster on offense and defense — and when their quarterback is playing to his potential, they are tough to beat. But the Chiefs are nearly impossible to beat when Mahomes is playing to his potential. Andy Reid will have his guys ready this week, and they’ll re-assert themselves as the best team in the league. Put me down for a big game from Mahomes and Clyde Edwards-Helaire and a surprisingly comfortable win, but not a blowout. Chiefs 42, Bills 35

Both the Bills and the Chiefs are coming off of losses, and both teams will be wanting to prove their place atop the AFC. What better way to show it than to beat another major contender? This game should go blow for blow, with some potential haymakers traded between the two teams. In the end, the game will come down to who has the better defense to come up with an extra stop. So far this season, the better defense has belonged in Kansas City. Chiefs 30, Bills 24

The Bills are a massive test for this team on the heels of a bad loss at home to the Raiders. The core of this football team has historically found a way to respond positively after poor performances. I expect that to remain true. Expect a strong, consistent performance from the offense which ultimately is the difference for the Chiefs. Chiefs 35, Bills 31

The Chiefs suffering their first loss of the season against the Las Vegas Raiders was a surprise, considering the performance we saw from Derek Carr was the one Chiefs fans were worried they might see from Josh Allen. Well, now it is “Allen week,” and rather than a battle of AFC undefeateds, the matchup pits two bye week-contending teams coming off bad losses who desperately need the swing win. Regardless of last week’s performance, I still like Patrick Mahomes better than Allen — and Andy Reid with two extra days to prepare. The Chiefs defense rebounds after a tough scene last week. Chiefs 34, Bills 24

Ties in the standings are broken with prediction points error — how much each prediction misses the actual point spread and the number of points scored by each team.

Among the Arrowhead Pride staff, Craig Stout had the best prediction for the Chiefs-Raiders game — which is to say that it was the least bad. Craig’s 35-20 Chiefs pick had (only) 46 points of error. Tom Childs was right behind, calling for a 37-20 Chiefs win. In this particular week, 50 points of error was good enough for second place. For the second-straight week, the standings remained unchanged.