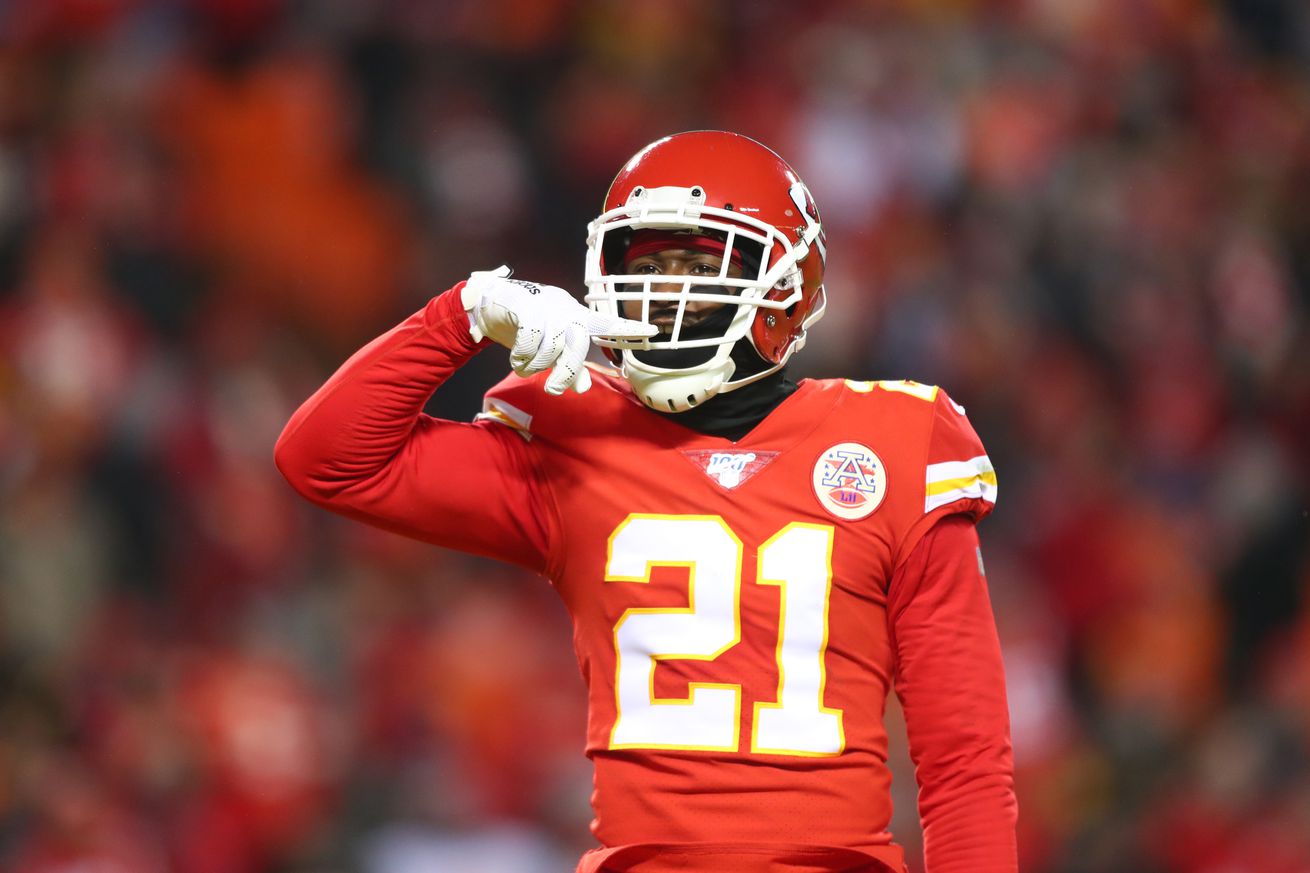 Breeland is suspended for the first four games of the season.

The Kansas City Chiefs will begin the 2020 regular season with one of their key players on defense — cornerback Bashaud Breeland — suspended for the first four games. Breeland reportedly violated the league’s policy on substance abuse, which led to the penalty.

After opening up at Arrowhead Stadium against the Houston Texans, the Chiefs travel to Los Angeles to play the Chargers and Baltimore to play the Ravens before returning home to play the New England Patriots. That’s four challenging opponents the Chiefs will have to find a way to beat without their top cornerback opposite Charvarius Ward.

“No question, we would love to have Bashaud out there,” Steve Spagnuolo proclaimed to reporters on Zoom on Monday. “There are two ways to look at it — I could say to you that it’s just like somebody getting hurt and you have to put the next guy in there, so part of that is true. The advantage we have is we know that quote, unquote, ‘that person’ is not going to be there, so we have some time to get ready. So, I’m glad we at least know what we’re faced with and we can get some guys mentally ready.

“Again, I will figure out who that’s going to be. We don’t have that figured out now, and we’ll try to shuffle things around. My guess is it may not just be one person, but we’ll see.”

The most likely candidates are second-year cornerback Rashad Fenton, who played well for the Chiefs down last year’s stretch and offseason veteran signee Antonio Hamilton. The Chiefs lost key depth when cornerback Alex Brown tore his ACL a handful of practices into camp.

As of this writing, it does not sound like rookies L’Jarius Sneed and BoPete Keyes are considered options.

“Bo, I don’t really have much on him because he hasn’t worked, and it’s just been conditioning more than anything else,” noted Spagnuolo. “L’Jarius has made some plays for us. I think he has a long way to go. Most corners in this league—that’s a tough position to step in and play. It’s funny you brought it up, I just leaned over to him in the stretch line at the end of practice and I just told him that he needs to do everything faster; I’m talking about from when the play ends to getting back in the huddle. These guys know how I am and part of this whole practice — and coach (Andy) Reid wants it the same way — part of it is conditioning, and not having the offseason and all that. So, I’m trying to force that into them and kind of let them play. (Defensive backs coaches) Sam Madison and Dave Merritt are doing a great job with it, but there’s a big learning curve there and we’ve got a long way to go.”

One positive the Chiefs have on their side is versatility in their safeties — primarily in Tyrann Mathieu.

“We’re using Tyrann (Mathieu) at a couple of different spots, but he easily could play corner — not that we’re doing that — but he has that kind of coverage ability,” Reid said last Wednesday.

Because of Mathieu’s breadth of knowledge and tireless tape work, the coaching staff can trust him to guide whomever they choose to replace Breeland.

“When a guy comes in to play that position outside, [Mathieu] knows exactly what that guy has to do to work in that spot and he’s able to communicate with him, and he does that quite a bit,” added Reid. “You hear him out there talking and he knows everything that’s going on. He’s got a full understanding of what Spags wants — he’s really an extension of Spags on the field — and for Steve that becomes so important to have that guy. So, he’s able to kind of get everything right in the secondary, plus he’s got great instincts at the safety position and nickel position. He just knows how to do that, and he has great anticipation. He’s very football-aware on things. Sharp kid.”

Mathieu’s fellow safeties are also prepared to switch positions if need be.

“We do move around a lot,” said Daniel Sorensen. “That speaks to the ability of the players that we have, especially in the secondary, being able to play multiple positions. That gives us a huge advantage because we can confuse offenses and put players in favorable positions.”

So who replaces Breeland?

Right now, that is probably a trick question. The current answer out of One Arrowhead Drive is everybody.