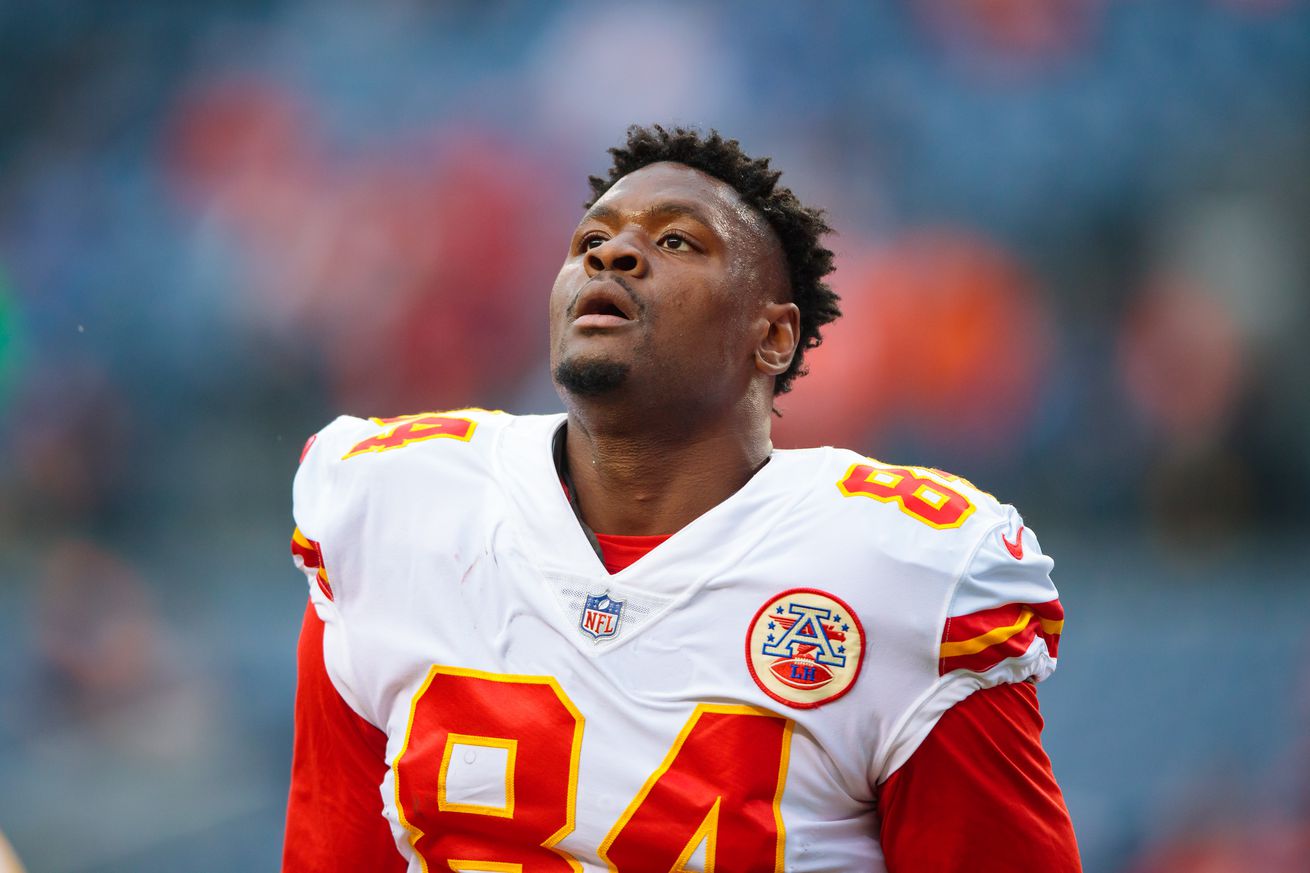 The Cleveland Browns released tight end Demetrius Harris on Monday, opening up the door for a potential reunion with the Kansas City Chiefs.

The Chiefs and then-general manager John Dorsey signed Harris, 28, as an undrafted free agent back in 2013, and the 6-foot-7, 229-pound former Wisconsin-Milwaukee basketball player caught on with the team as a backup tight end behind Travis Kelce from 2015-18.

Harris’ best season came with Alex Smith throwing him the football in 2017 when he had 18 catches for 224 yards and a touchdown. In all likelihood, Harris’ most memorable moment as a Chief came in the 2016 divisional round when the Chiefs appeared to tie the game at 18 on a two-point conversion against the Pittsburgh Steelers before the referees called the play back for holding on Eric Fisher.

The Chiefs allowed Harris to walk when his contract expired after 2018, and he signed a two-year deal with the Browns, who cut him Monday to save $2.5 million against the cap. Harris had 15 catches for 149 yards and three touchdowns as a member of the Browns.

Asked about tight end Blake Bell ahead of the season back in early August, special teams coordinator Dave Toub brought up all that Harris did for the team in that regard.

“Right now, Blake Bell is playing all of (Demetrius Harris’) positions,” said Toub. “Right now, the plan is to have him be that guy. We got a lot of out Demetrius last year. He played three phases for us. I think he had the most special teams plays for a tight end in the whole league. He was setting the bar really high. We are not going to necessarily ask him to be that guy, but he’s going to be playing a lot of those same positions. He might be just a two-phase guy, but we’ll see.”

Harris led the Chiefs with 367 special-teams snaps in 2018, his last year with the club. With the Chiefs cycling between Bell and Deon Yelder during the season, keeping Nick Keizer on the practice squad and already signing Alize Mack to a reserve-future deal, it seems they may still be hunting for Harris’ replacement.

Now that Harris is available, perhaps he might end up replacing himself.