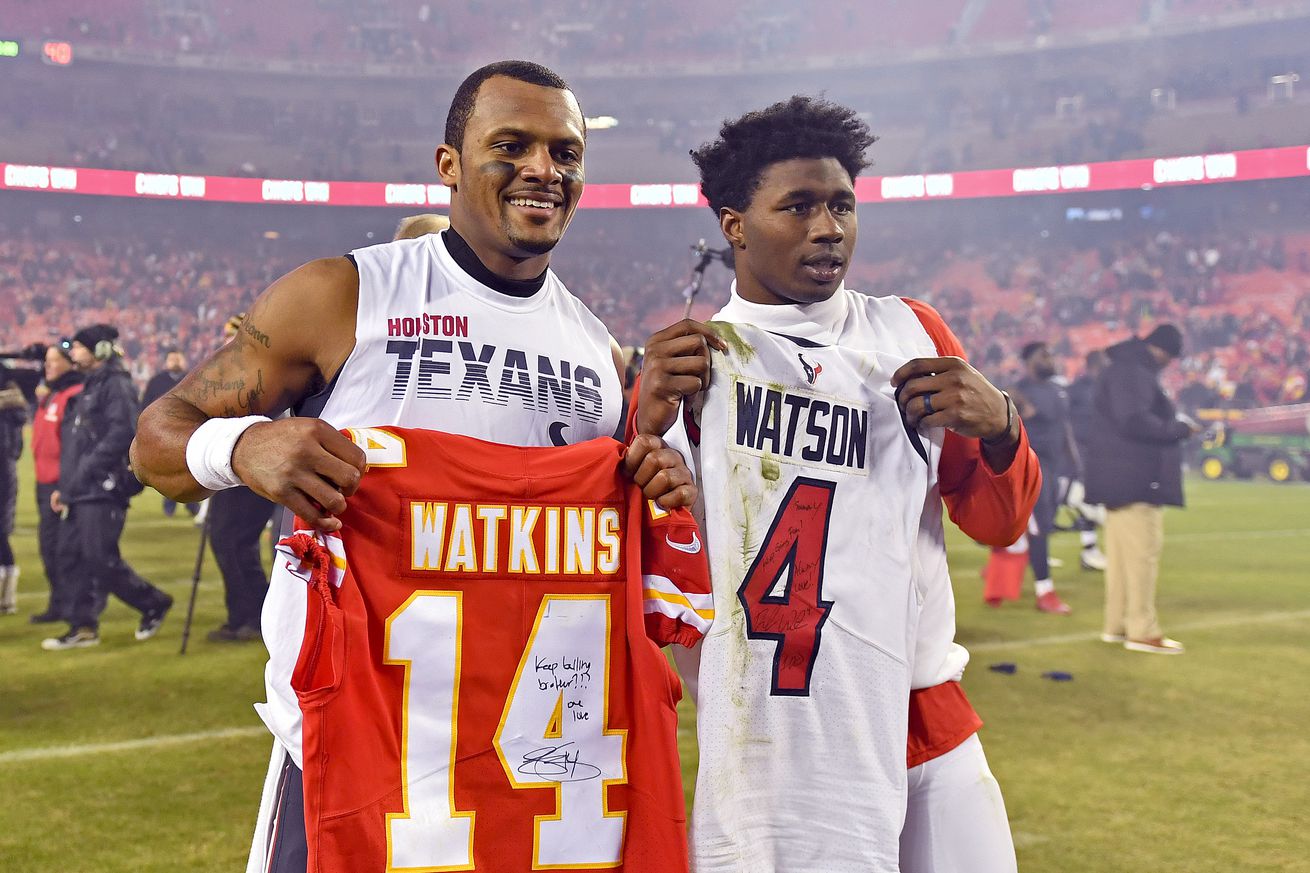 Watkins has been retweeting the idea all week.

If retweets equal endorsements, Kansas City Chiefs wide receiver Sammy Watkins appears to have a desire to play for the Houston Texans.

Watkins retweeted a photo of himself in a Houston Texans jersey at least twice since Wednesday.

On Thursday, Watkins retweeted the following article about Texans receiver DeAndre Hopkins calling for the two to be reunited in Houston. Watkins, Hopkins and quarterback Deshaun Watson all played college football at Clemson — and Watkins and Hopkins played two seasons together.

As it stands now, Watkins is still a Chief under contract for 2020. But with his cap hit of $21 million, it is hard to believe the Chiefs will be able to afford him considering they have a number of players they need to figure out how to pay under the cap — namely quarterback Patrick Mahomes and Chris Jones, whom the Chiefs plan to franchise tag.

We broke down all angles of the Watkins-Chiefs situation back on February 7, coming to the verdict that Watkins would play somewhere else next season. The Chiefs last publicly spoke about Watkins during the NFL Scouting Combine, when general manager Brett Veach said they were hoping to “bridge a gap” to keep him.

With Watkins retweeting an article about playing for Houston — and also tweeting about his “next adventure” — that doesn’t seem to have happened, at least yet.

For those that are holding out hope that the Chiefs could get something back in a trade for Watkins, there may be no better partner than the Texans. Houston head coach Bill O’ Brien did not shy away from making a flurry of moves during last year’s preseason, trading for running backs Carlos Hyde and Duke Johnson Jr., offensive tackle Laremy Tunsil, wide receiver Kenny Stills and cornerback Gareon Conley.

The Texans finished 10-6 and made the playoffs but lost to the Chiefs in the divisional round. Perhaps O’Brien likes Watkins enough to make sure he doesn’t hit the open market.