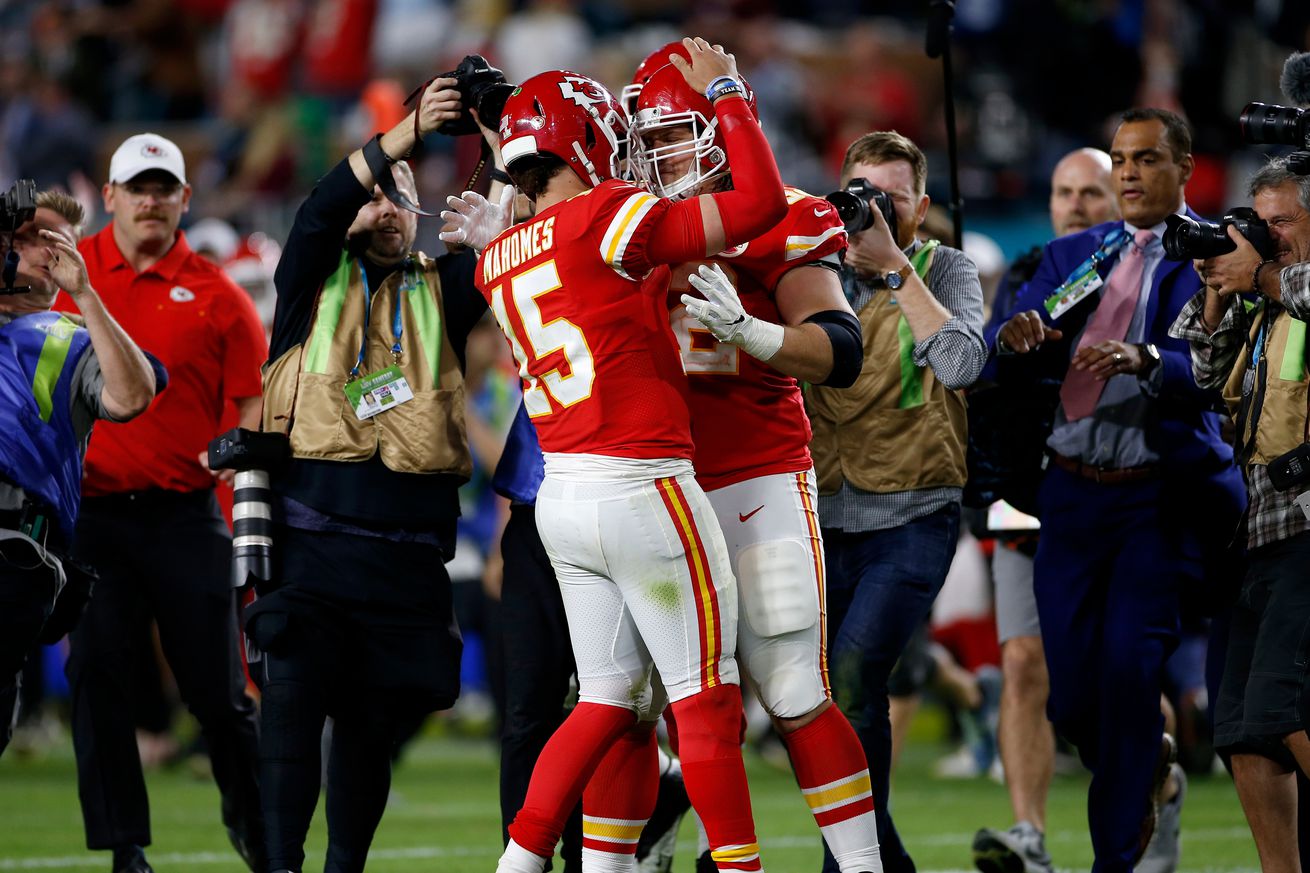 This was an offseason unlike any other we’ve ever seen — players meeting with clubs virtually, scouts watching pro days on their phones, and commissioner Roger Goodell presenting the draft from his home! It’s safe to say we won’t be forgetting the 2020 offseason in a hurry.

Now that the dust has settled and we enter the quiet part of the NFL calendar, it’s time to evaluate the state of the league. Which teams are in much better shape than they were in January, and which teams are worse off?

This week’s voters were Ethan Douglas, Matt Stagner, Ron Kopp and myself:

Until a team has a better record than the Chiefs, KC should remain the top dog.

King Henry ran all over the Ravens, so Baltimore went out and beefed up their defense. Calais Campbell, Patrick Queen and Derek Wolfe should be excellent additions.

This team is young, hungry and coming off an improbable playoff loss. Sound familiar?

Now that KC have won the Super Bowl, have the Saints replaced the Chiefs as the “always the bridesmaid, never the bride” team?

I really hope Josh Allen at least targets Stefon Diggs because it could get ugly in Buffalo if he doesn’t.

They paid the guys that got them to the AFC title game last season. It’s almost like the Titans are attempting their own version of #RunItBack. Maybe it should be called #RunitBackLite?

While Russel Wilson is still under center, this team will always be in the running. They could have done with adding more fire power around him though.

He won’t admit it, but we all know that Tom Brady ran off to the NFC because he’s scared of Patrick Mahomes. Tampa won the uniform battle between them and Atlanta.

The Vikings extended Kirk Cousins contract after an impressive 2019. Trading Stefon Diggs may be a blessing in disguise. Great draft.

I love the signing of Darius Slay. This team is in a great position for a bounce back year.

Big Ben is back, which can only be a good thing for Pittsburgh. Good quarterback play was the only obstacle that stood in their way last year. Sneaky contenders.

Did Chris Ballard watch Phillip Rivers’ tape from last season? Classy new changes to their uniforms or just a way to make money?

Brady has moved to ‘Tompa’ — surely that is the end of the dynasty? At least their new uniforms are straight fire.

I’ve got a feeling they’re going to make way less noise this preseason.

Me: “Siri, can you give me an example of daylight robbery please?”

Siri: “Here is a trade I found between the Arizona Cardinals and the Houston Texans for DeAndre Hopkins.”

The annual tradition of picking the Chargers to win the West will never die! That is a fact.

Signing Melvin Gordon is a bit of head scratcher, but in general, John Elway had himself a good offseason.

I personally cannot wait to see what Gruden does with Derek Carr and Marcus Mariota. The addition of Cory Littleton was one of the moves of the offseason.

At least they’ve got Aaron Donald and a nice new stadium to move into.

Everybody’s second-favorite team had itself an offseason. This team isn’t a million miles away from being contenders, you know.

The soon to be story of training camp: Nick Foles vs. Mitch Trubisky.

If Joe Burrow hits the ground running, the Bengals may just be the traditional worst-to-first team. They’ve got a bunch of offensive talent.

The Lions lost Darius Slay but then added a lot of veterans on defense. For Matt Stafford’s sake, I hope it all pays off.

Can Daniel Jones take a step forward? That’s the only question that matters.

Losing Robby Anderson will hurt Sam Darnold, who probably needs to have a big year.

I thought the running back contract value debate was over. Thanks for bringing that back, Matt Rhule.

If Alex Smith had stayed healthy, I think we might have to declare the Redskins the winners of the Fuller-Smith trade. Chase Young is going to be a monster.

The highlight of Nick Foles‘ career in Jacksonville will forever be that YOLO touchdown pass against the Chiefs in Week 1 of last year.