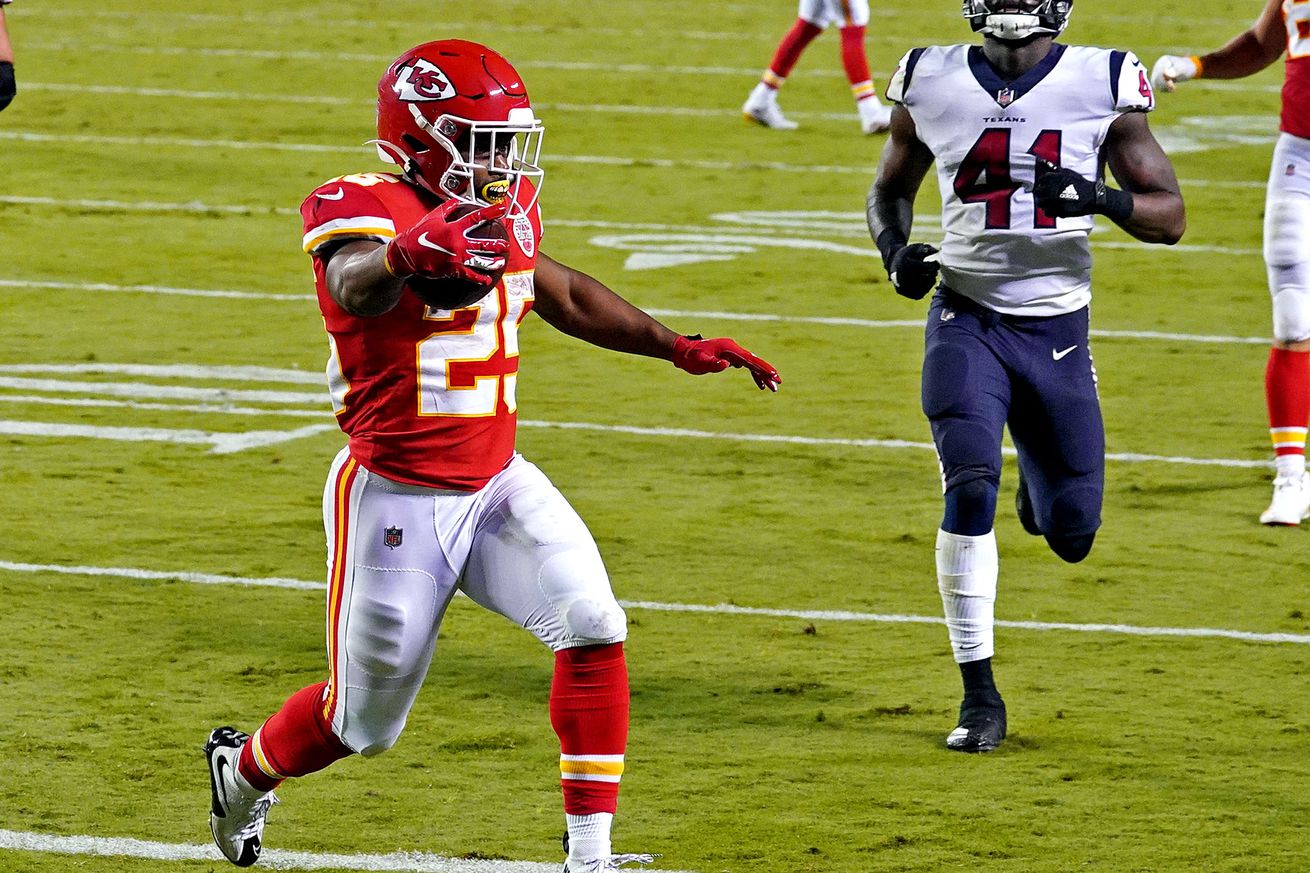 The Chiefs’ first-round draft pick had a big week to open his NFL career.

On Tuesday, the football analytics site Pro Football Focus released their list of the most highly-graded rookie players in Week 1.

The Chiefs went all-in on Edwards-Helaire by taking him in the first round of the draft, and they gave him ample opportunity to live up to that status in Week 1.

The LSU product broke seven tackles on 25 carries, averaging 4.2 yards after contact per attempt. And in the first three quarters — when the Chiefs weren’t running out the clock — Edwards-Helaire picked up five-plus yards after contact on five of his 14 runs.

The way he bounces in and out of cuts is a beautiful sight to see. It was a bit of a surprise that he was pretty much an afterthought as a receiver, but I don’t think that’ll remain for the course of the whole season given that’s how he generated his value in college.

It might not last long, but the rookie currently leads the NFL in rushing, Or then again… maybe it could last for a while.

Edwards-Helaire is also among those nominated to be named the NFL’s Pepsi Zero Sugar Rookie of the Week. Click here to place your vote.