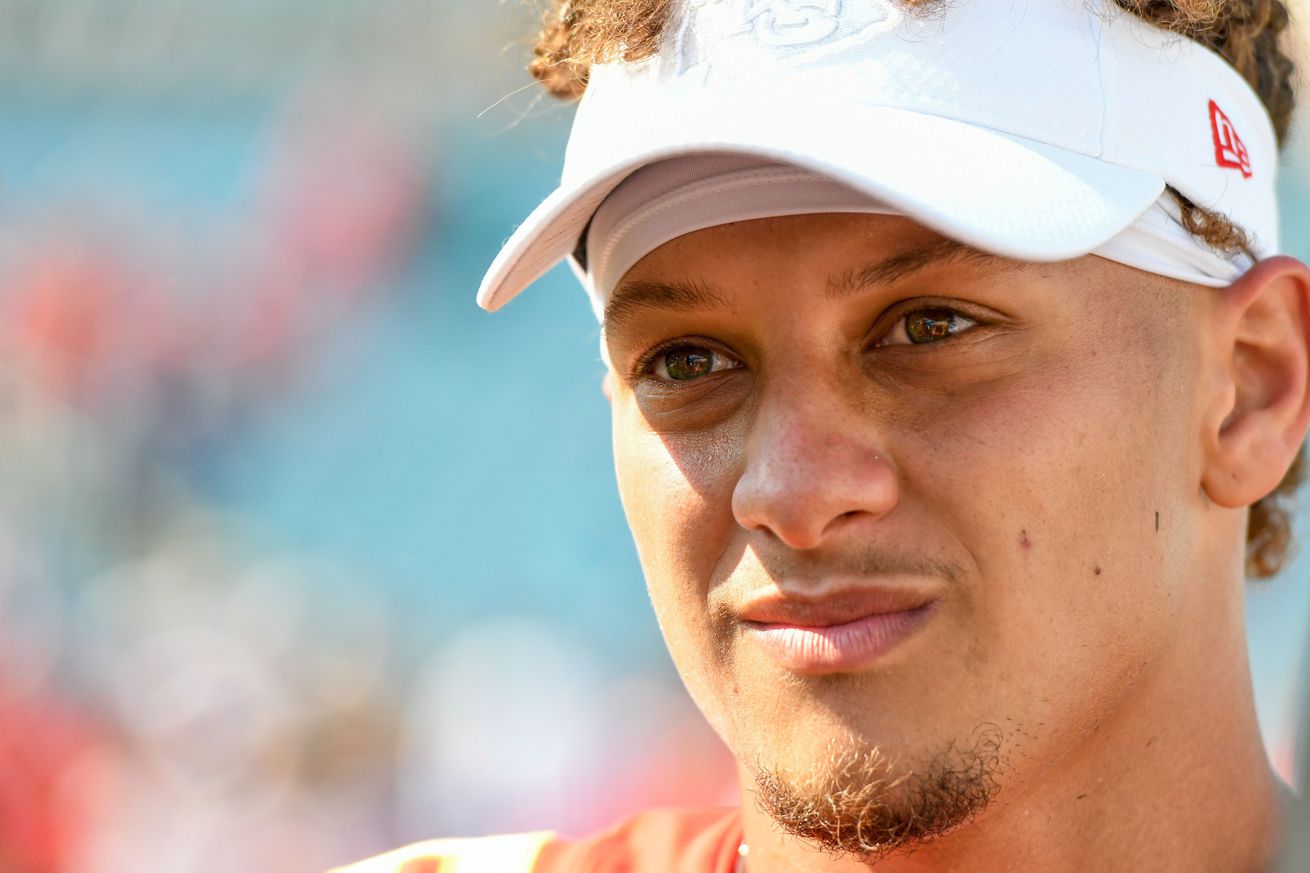 In a new interview, the Chiefs quarterback talked about his contract extension and his offseason routine.

Speaking to SirusXM NFL Radio over the weekend, Kansas City Chiefs quarterback Patrick Mahomes talked about the contract extension he’ll be getting from the Chiefs sometime during the next year.

”I’m optimistic to be a Kansas City Chief for a long time,” he said. “I think the best thing about this team and this organization is that they do things the right way. So for me, obviously I’m optimistic [about] getting that contract and extending my time in Kansas City. But I’m going to just go about being who I am — like I have since the beginning [when] I was a backup until now: to go out there, love this game and treat people the right way. Then all that stuff handles itself.”

Asked about his offseason routine, the Super Bowl MVP said he is beginning by getting his body into the best shape possible.

“These first few weeks, I’ve really been building the injury prevention stuff,” he explained. “The stuff I dealt with [last] year — with the ankle and with the knee — I’ve really been getting after that, trying to make sure that I can be 100% going into this [this] season — [even] 120% — ready to take on the impact of another entire football season.”

Noting that every year is different, Mahomes said that he intends to focus on fundamentals.

”As I get on to it — and start working with my quarterback coach in quarterback drills — I’ll work on my footwork,” he said, “and work on that stuff where I can be better from the pocket and keep getting better — because that’s an area I still need to improve on. If I can get better there, extending plays is just a bonus.”