At all points in the NFL’s history, there have been hard-fought battles between elite quarterbacks that change the game of football for the better. Between Tom Brady and Peyton Manning, Joe Montana and John Elway, Jim Kelly and Dan Marino, some matchups breed greatness in every meeting, regardless of the outcome or rooting interest.

The same can be said for the budding rivalry of Kansas City Chiefs quarterback Patrick Mahomes and 2019 MVP Lamar Jackson, whose much-anticipated scrap in Baltimore on Sunday should be a game for the ages. While their mythmaking continues in earnest, contests between the two are a glimpse into the future of the league at large. Especially of note is the two MVP quarterbacks age, as Mahomes is just 26 and Jackson just 24. They’ve got their whole careers ahead of them, and are already as accomplished as any other signal-callers in the NFL excepting Tom Brady.

In his comments to the media after practice on Wednesday, Mahomes spoke on the rivalry between himself and Jackson, saying he sees many matchups against him ahead, especially in the playoffs.

“I think when two good teams play each other, there’s always going to be a lot of hype and a lot of build-up to the game,” Mahomes said. “Seeing Lamar and all the success that he’s had with that team, you know two of the top teams in the AFC. So, we’re going to have to battle every year it seems like or in the playoffs or whenever it is. Obviously, there’s a lot of momentum coming in throughout the week when you play teams like this.”

That momentum could work in Kansas City’s favor during Week 2, after Baltimore lost in overtime to the Raiders on Monday night in heartbreaking fashion. Jackson fumbled in a crucial situation in overtime to give Las Vegas a chance to win, and Mahomes led Kansas City to a comeback victory over a rock-solid Cleveland team in the fourth quarter.

For whatever mistakes Jackson made on the road in Week 1, Mahomes said he saw major improvements year over year for the young quarterback. He made it clear that Jackson has become more dynamic in recent seasons, learning new “tricks-of-the-trade” and getting comfortable in John Harbaugh’s offense.

“You can tell he has a better understanding of the offense, just like I have,” Mahomes explained.”When you first get out there, me in my first year and him in his first year, you have to rely on your playmaking capability. But, as you kind of continue to learn and evolve as a passer and you learn different things in this league and you see different defenses, you understand little tricks of the trade you can do to go out there and have success. You can see that with him and obviously when it comes down to it, he can make plays happen pretty much every game.”

It goes without saying that Mahomes has serious respect for what Jackson has been able to do in his three years as a starter in Baltimore. Their scrum on Sunday will be an evolution of a brewing AFC rivalry that will include former Chiefs Sammy Watkins and Justin Houston in an attempt to hand Kansas City their first loss since the Super Bowl. 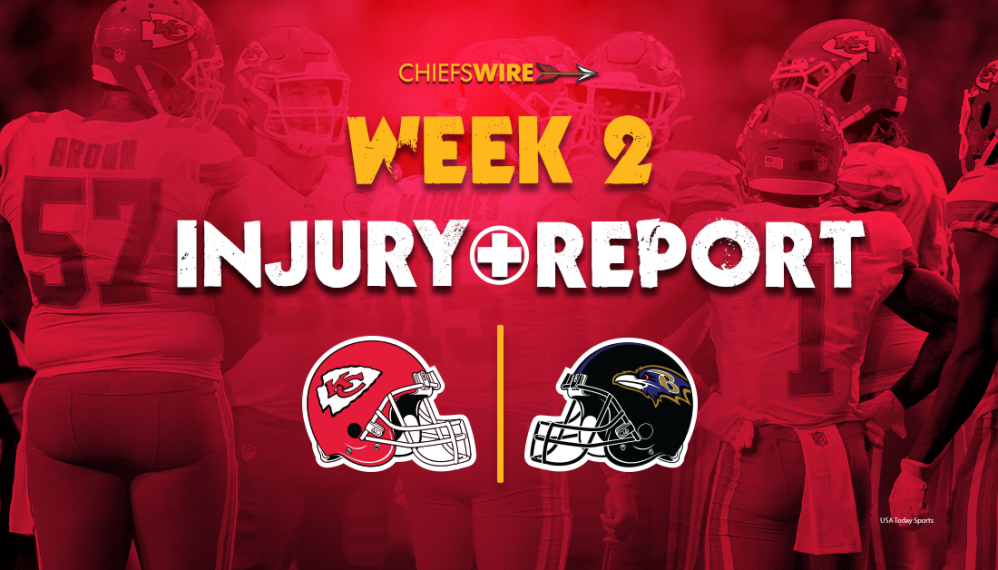