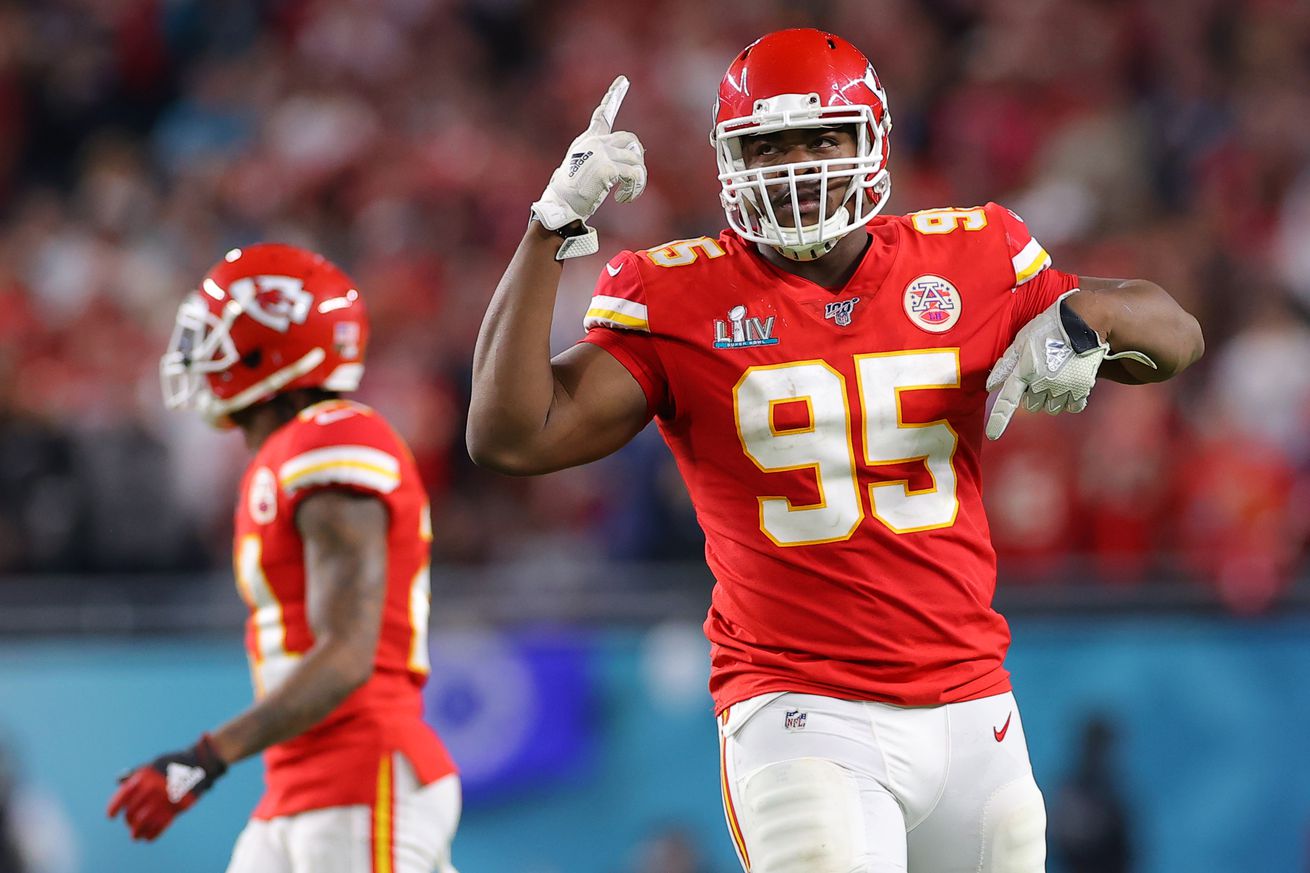 The Chiefs quarterback mentioned a name that will surprise you.

One of the most intriguing parts of the conversation was when Herbstreit asked if Mahomes could name the “unsung heroes” of the Chiefs. He named six.

“I think our offensive coordinator Eric Bieniemy is one,” said Mahomes. “You see him come up in these head coaching discussions — the way he prepares us every single week. He holds us accountable. He’s a guy coach (Andy) Reid really trusts to go out there and really build these game plans and help us go out there and score all these points. Another one — I know he’s not unsung — Tyrann Mathieu. The first day he got there, I’ve never seen anything like it. He just automatically was a leader on the team because of the mindset and the work ethic that he has… Another guy on the defense — I think Chris Jones did a great job of helping us out in huge situations and making big plays.

“Our left tackle and right tackle — Eric Fisher and Mitch Schwartz. In our division, if you look at the pass rushers, and then to look at how much I didn’t get sacked, those guys — they are guys I hope I have for a long time.”

Mahomes was only sacked 23 times during the 2019 season, which is in the bottom five of the league. That is an impressive feat — even considering Mahomes missed two and a half games.

Then the surprise name.

“After that, we have a defensive line coach named Brendan Daly, who I think eventually will be a head coach. The way he’s able to have the passion — he gave a speech to the whole team at one of our big games this last year.”

Think it was perhaps the game against Daly’s old team, the New England Patriots? The Chiefs defeated New England 23-16 in December.

“When you have position coaches that could be head coaches all around your entire team — that’s when you get teams that could do a lot of great things.”