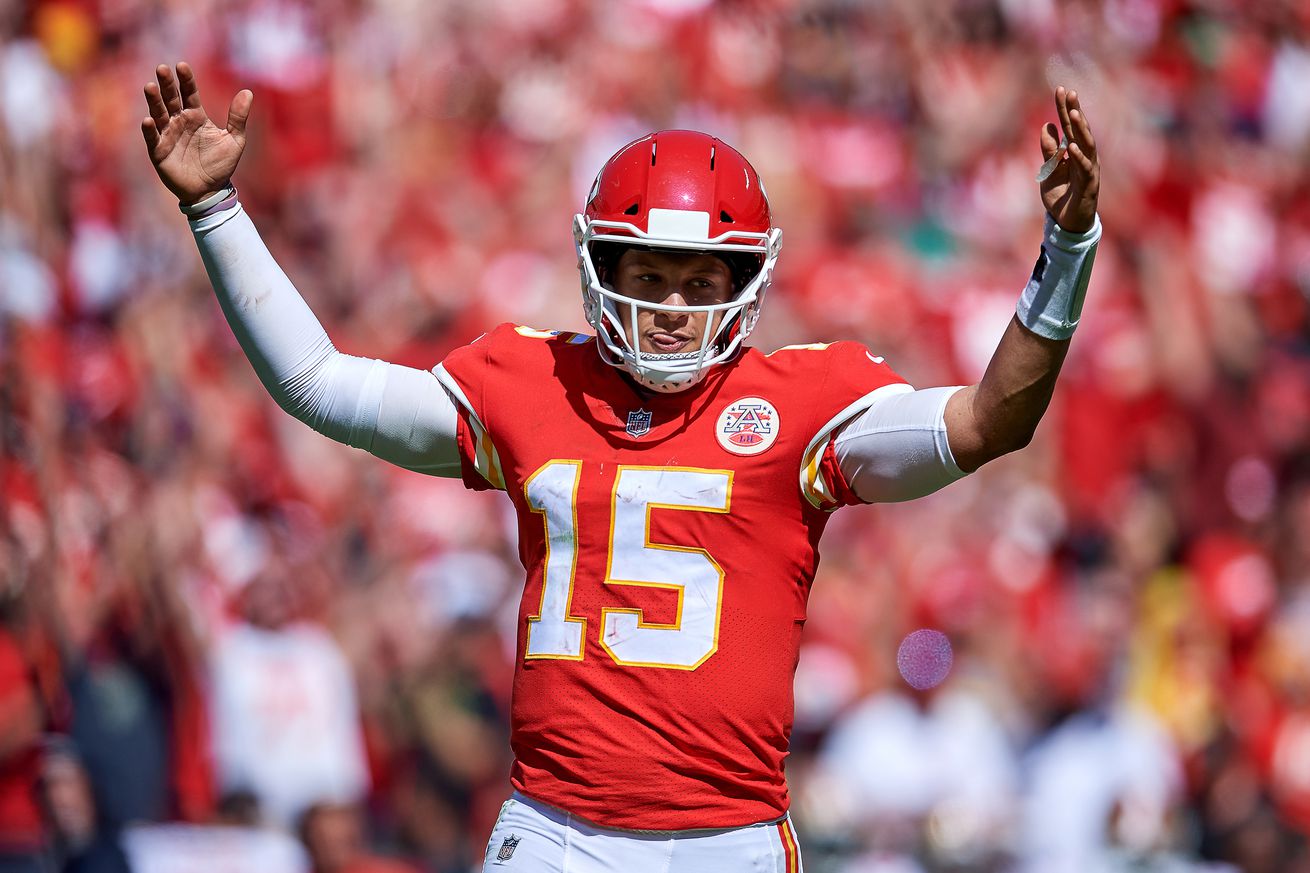 In the first regular season game that Kansas City Chiefs quarterback Patrick Mahomes ever dressed for, he enjoyed watching the Chiefs ruin opening night for the defending champion New England Patriots in 2017 with.a 42-27 victory. Now the script has flipped, and Mahomes is the one hoping to begin the new NFL season with a home win over an AFC rival — the Houston Texans.

“It’s very exciting to be the first game of the year,” Mahomes exclaimed. “There’s all of this anticipation, but at the same time, we’re playing a football game. I think it’s all of the hard work that me and (Texans quarterback) Deshaun [Watson], knowing how he works, have put in to be in this situation, to go out with our teammates and win a football game. I’m just excited for the opportunity to go out on a nationally televised game and get to play at Arrowhead Stadium.”

As far as his excitement level compared to the years he wasn’t entering the season as a defending Super Bowl MVP, he says that hasn’t changed anything.

“I’m just as excited, I’ll promise you that,” Mahomes assured. “Every time I go to the football field, Arrowhead Stadium, or whatever field we’re playing at, to get to suit up and play for the Kansas City Chiefs, I have the ultimate excitement, no matter if it’s preseason or the Super Bowl. I promise you I’ll have that mentality going into this first game.”

Mahomes and Watson were both drafted in 2017, have both won playoff games and are now both paid like franchise quarterbacks. On Saturday, it was reported that the Texans and Watson had agreed to a 4-year, $156 million contract extension that tied them together through 2025.

The pay day was well deserved, and allows Watson to only worry about one thing in his football career: beating AFC titans like the Chiefs and advance to a Super Bowl. In Week 1, he’ll get his third shot at beating Kansas City in Arrowhead — and Mahomes recognizes the level of the challenge.

“You see that Deshaun and the Texans are a great football team,” Mahomes acknowledged. “There’s a lot of great talent around him and he makes a lot of big plays in big games. I think I said something to him last year at the end of the game, that we’re going to have these battles for a long time. We’re two opponents in the same conference in the AFC, so I’m sure I’ll see a lot of games against him.”

The line-makers in Las Vegas don’t seem to agree with Mahomes that Houston is “great.” The trading away of All-Pro wide receiver DeAndre Hopkins may be the reason that their Over/Under win total is 7.5 — but with a playmaker like Watson at quarterback, they will always be a threat for a playoff spot.

The Chiefs recognize the importance of an early-season intra-conference win.

“You can feel the intensity, you can feel that mentality,” Mahomes confirmed. “I think everyone’s at the point now where we’re just ready to play football again. We had that great year last year, but that’s last year. We’re a brand-new football team. The Texans are a brand-new football team. We’re going to get to go out there and compete against one of the best in the first week.”

Without any preseason film to watch, it’s impossible to know of any schematic or personnel changes from the matchups in 2019. Mahomes is prepared for the unprepared, admitting that he’ll have to be on his toes mentally.

“I think you’re going to see me being able to make adjustments quickly,” Mahomes speculated. “Going into a game like this, obviously we played the Texans at the end of last year, but they had the whole offseason to prepare, especially for us being that first game. You don’t know what to expect all the way. You have to expect the unexpected and that’s what we’re going to try to do. We’re going to have a game plan for everything, and I’m going to try to make adjustments as quickly as possible so we can get off to a fast start hopefully.”

After the what feels like the longest offseason in the history of the NFL, the players are finally getting to return to the field and continue their journeys to achieve career goals like a second-straight championship. Mahomes sounded grateful for the opportunity.