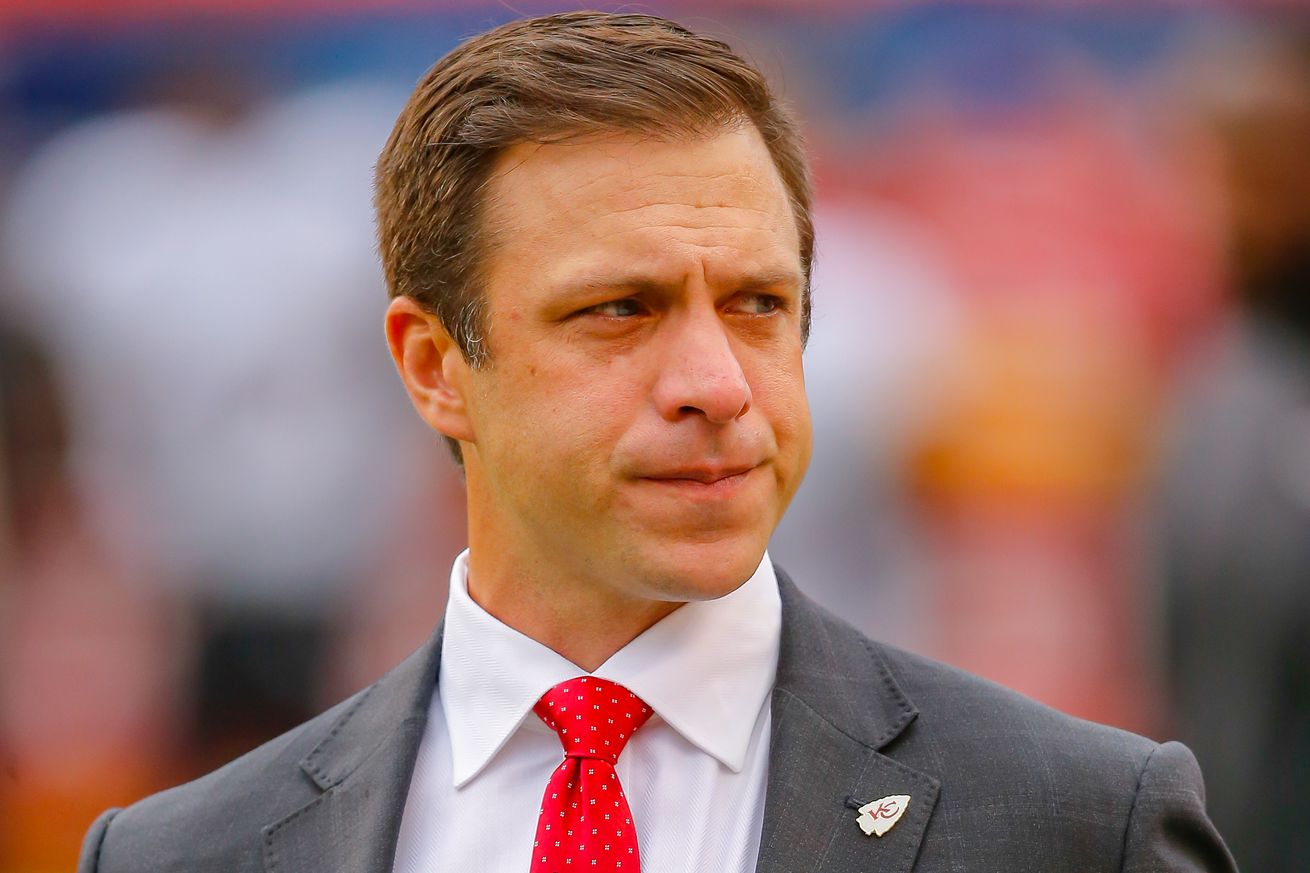 On Sunday, we learned that the Chiefs have significantly less cap space than we knew.

The cap-strapped Kansas City Chiefs have lost $2.6 million in salary cap space for the 2020 season over the weekend, according to Spotrac.com.

On Sunday morning, Spotrac reported the Chiefs had $3.2 million in cap space. But on Sunday afternoon, that figure plummeted to just $387,000. While we know that OverTheCap.com (OTC) calculates the total salary cap a little differently than Spotrac, OTC also reported a similar drop in salary cap space.

Part of the change was expected. As of Sunday morning, tight end Deon Yelder’s exclusive rights contract tender had not yet been included in Spotrac’s calculations — but on Sunday afternoon, it was in there.

We had estimated that Yelder’s contract would be an NFL minimum salary of $750,000 — and that when processed, it would replace a $610,000 salary in the team’s top 51 contracts, resulting in a $140,000 reduction in the team’s cap space. As it turned out, that’s exactly how the numbers worked out.

But what about the rest?

Spotrac reported changes in a total of 14 Chiefs contracts. Ranked from largest salary cap increase to greatest salary cap decrease, here are the contract amounts that changed — showing the previous figures in parentheses:

The most significant increases in cap hit occurred with the contracts of linebacker Damien Wilson, center Austin Reiter and defensive end Alex Okafor. The most significant reduction in cap hit is from the contract of running back Damien Williams, whose roster bonus decreased by $125,000. The rest of the changes in individual cap hits are all minor — none more than $75,000 more or less — but when combined, they represented $2.6 million that is no longer available to the team.

Why are these numbers now different?

We don’t specifically know. The largest increases in cap hit are likely due to contract escalators and salary guarantees that were automatically triggered a certain number of days after the new league year began; on Saturday, NFL Twitter had many reports of such contract triggers taking place — although we saw none that involved Chiefs players.

The other changes probably have to do with likely-to-be-earned (LTBE) and not-likely-to-be-earned (NLTBE) bonuses for the 2019 season. Normally, these would have been calculated on the 2019 salary cap — but the adoption of the new Collective Bargain Agreement (CBA) changed that. Since the new deal could have had changes in how LTBE and NLTBE bonuses were carried against the cap, these were held over from the previous season to be recalculated under the new CBA.

This means that since the players ratified the new deal, a small army of accountants has had to examine every NFL contract to determine how the money owed to players should be counted against the cap under the new CBA.

At the end of the day, this likely has a lot more to do with what we know than what the Chiefs know. Spotrac’s Sunday afternoon calculation of only $387,000 in salary cap space did not include the contracts of three Chiefs players — Andrew Wylie, Chad Henne and Mike Remmers — whom we know have been signed (or in Wylie’s case, given an ERFA contract tender). With our best estimate of how those deals will affect the team’s cap space, we calculate that the team is at least $568,000 over the cap — and likely more than that.

But the Chiefs already know exactly where they stand with the cap — and it’s likely they have long known about the changes Spotrac published on Sunday. And even if we (and they) know they’re over the cap, they won’t be officially over it until Henne’s contract is processed.

When that happens, the Chiefs will then have seven days to get back into compliance.

We already knew the Chiefs had very little cap space. Now we know they have even less than we realized — and that one way or another, moves to free up some space will have to be coming soon.