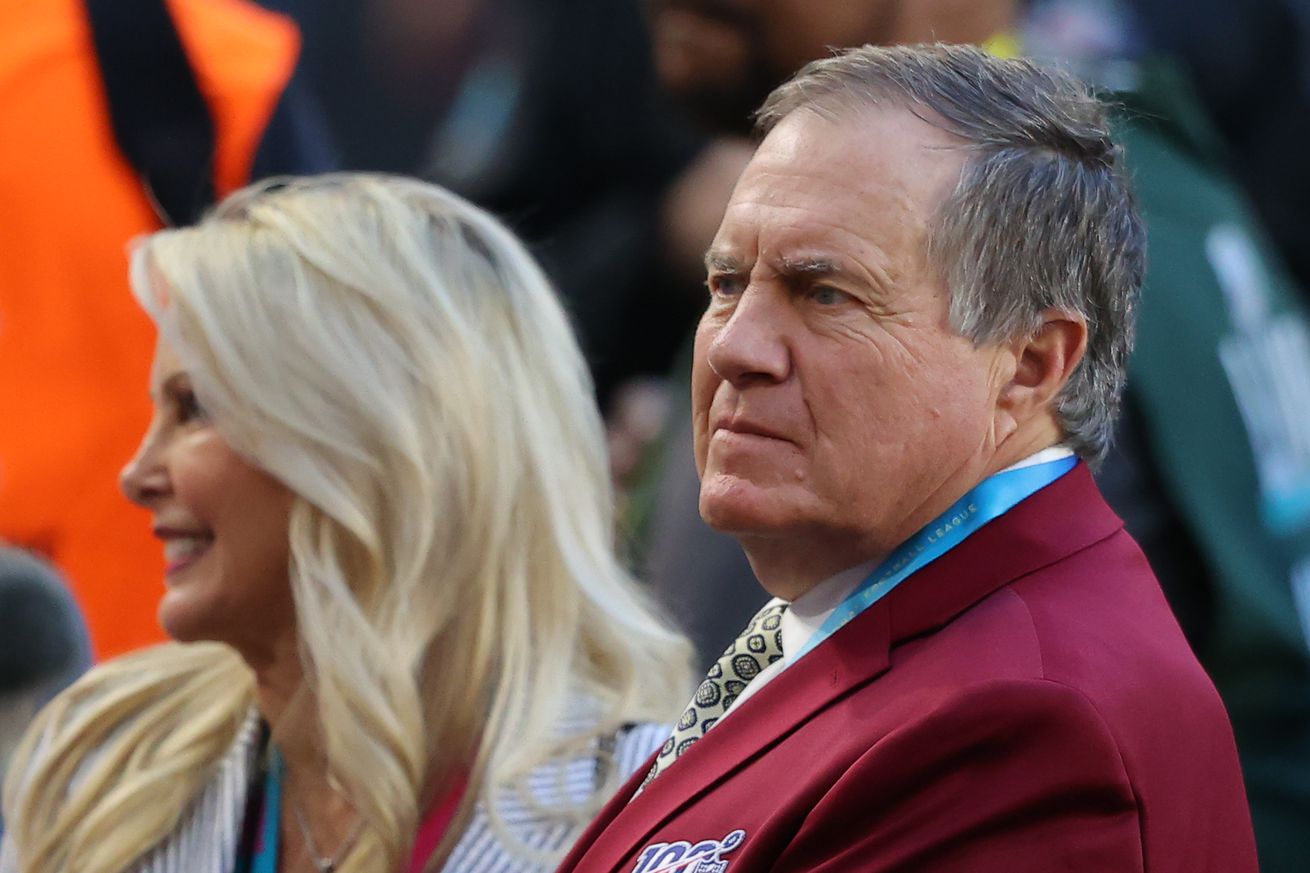 FOX analyst Emmanuel Acho is ready to say New England can hang with the Chiefs.

As was probably to be expected, here come the Patriots are back takes.

FOX Sports’ Emmanuel Acho weighed in on the New England Patriots signing quarterback Cam Newton on FOX Sports’ “Speak for Yourself” on Monday relative to how it stacks New England up with the Super Bowl champion Kansas City Chiefs, who they are scheduled to play in Week 4 of the upcoming season.

“Patrick Mahomes is the new kryptonite for the Patriots. I don’t care who you put under center right now. It’s not so much about [Cam Newton], it’s about Mahomes and the Chiefs.” — @marcelluswiley pic.twitter.com/dOoZOhvU81

ACHO: “The Patriots with Cam are absolutely a threat to the Chiefs, but make no mistake about it, the Patriots were a threat to Chiefs beforehand. Let’s talk first before we get into the hot take noise, let’s just talk facts: the Patriots’ defense was one of the best defenses we have ever seen in the last 10, 20 years — top 10 in every statistical category. Top five in every major statistical category. When you talk about defense, you talk about limiting points. That’s what they do best, but now on the flip side, now you add in a game-changer. Now you add in a play-maker… Cam Newton. Think about how hard he is to prepare for. The job of the quarterback is to get the ball into playmakers’ hands… but a team like the Patriots, they are losing their playmakers. They have lost their playmakers, so if the job of the QB is to get the ball in the hands of the playmakers, what’s happened when the quarterback is the playmaker? And Cam Newton, because he is a playmaker, coupled with that Patriots defense, I do think they’re a threat not only to the Ravens, not only to the Colts, but to the Chiefs as well.”

There is no doubting that the Patriots are a better team on Monday than they were on Saturday — the day before they signed Newton to a one-year deal. Prior to the contract, it was all but confirmed that they would start relatively unknown commodity Jarrett Stidham, the 2019 fourth-rounder, which likely would have led to an extraordinarily uncommon down year. The Buffalo Bills were the sexy pick to win the AFC East.

By Monday morning, the odds had completely shifted, per our sister site, DK Nation.

The Patriots had dropped behind the Buffalo Bills in AFC East odds (+140 to Bills +130), but the Bills now sit at +160. It would not be surprising to see even further separation by the time Week 1 arrives. If Newton claims the starting job and the Patriots otherwise remain healthy, it’s a safe bet they’ll be a minus favorite when the season starts. If you think Cam will claim the starting job, you should get on any of these odds sooner than later.

Somewhere in the middle

Acho’s point is well taken: last season, the Patriots defense was ridiculous. And had it not been for a questionable out of bounds call that went in the Chiefs’ favor (as Andy Reid admitted), who knows how the 23-16 Chiefs win in New England would have played out?

All that being said, Newton’s health remains a significant question mark. In a typical year not impacted by COVID-19, we might get a glimpse of Newton during training camp to find out if he looks to be the player of old — the one that won the 2015 NFL AP MVP award and led the Panthers to the Super Bowl.

But we likely won’t know the answer until September. And until we do, you simply can’t say the Patriots are a realistic threat to the Chiefs in the conference.

It might be forgotten that the Chiefs defense finished seventh in points allowed per game last season. Nearly all its Super Bowl starters are returning, and it stands to improve as long as Chris Jones decides to play.

And on the other side, there is Patrick Mahomes and his unfair arsenal of weapons. The Patriots have neither. A 100% healthy Newton is not better than Mahomes, and for argument’s sake, even if he were on the same plane, he doesn’t have one of the game’s up-and-coming top receivers in Tyreek Hill, one of its best tight ends in Travis Kelce, Sammy Watkins, Mecole Hardman and too many running backs to name.

Newton’s best option is veteran wide receiver Julian Edelman. As it stands right now, it would be difficult to argue that Mahomes doesn’t have at least three better options to choose from. That is being conservative.

The Patriots are better Monday than they were Saturday. But it is entirely too soon to jump to conclusions. As mentioned, the beauty of this argument is the two teams match up at Arrowhead Stadium in Week 4.

As long as the season starts on time, we won’t have to wait too long to see if a resurged Newton can hang with Mahomes.