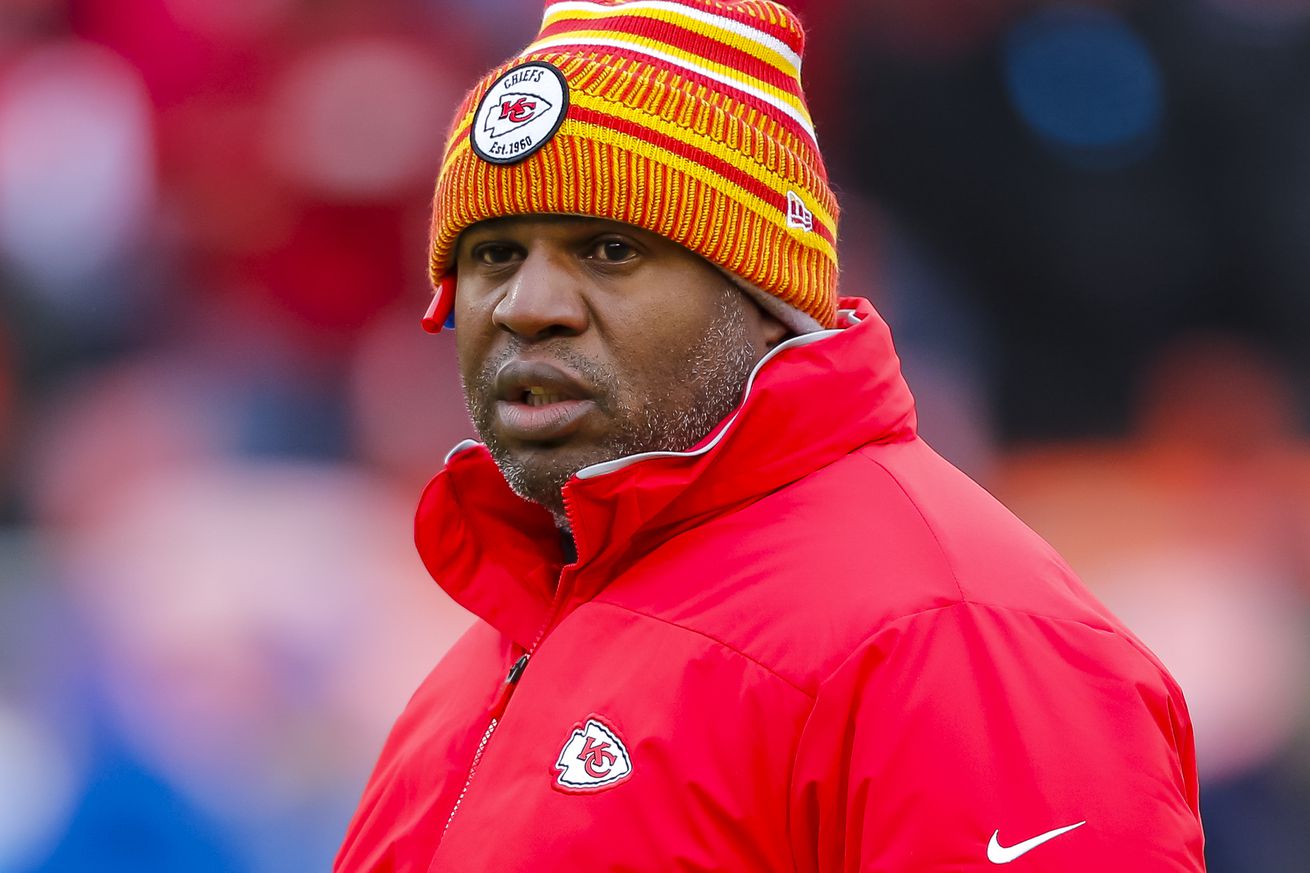 We’re learning more about the possibility that Kansas City Chiefs offensive coordinator Eric Bieniemy could end up as the head coach of the Colorado Buffaloes.

On Monday morning, NFL Network insider Ian Rapoport reported that another NFL assistant — although one not as high-ranking as Bieniemy — is also under consideration.

#Giants OLBs coach and senior defensive assistant Bret Bielema is interviewing for the head coaching job at the University of Colorado, sources say. The former Wisconsin and Arkansas coach could be back in college.

Bielema — who spent the last two years as an assistant coach with the New England Patriots after spending the previous 12 as the head coach at Wisconsin and Iowa — was hired as outside linebackers coach for the New York Giants just weeks ago.

On Monday evening, NBC Sports’ Pro Football Talk quoted a Denver television reporter saying that the situation should be resolved by midweek.

Eric Bieniemy remains a candidate for the Colorado head coaching job, Mike Klis of 9News.com reports. Klis adds that the Chiefs offensive coordinator should have “clarity on his situation… by the close of business Wednesday.”

Then on Tuesday, ESPN reporter Jeremy Fowler appeared on the network’s NFL Live show, saying there doesn’t seem to be a lot movement in discussion between Bieniemy and Colorado officials.

“The Buffs — his alma mater — have already been making overtures to Eric Bieniemy, the Chiefs’ offensive coordinator. But I’m told there is no major traction right now — and that Bieniemy knows that next year, he’s going to be a very attractive head coaching candidate in 2021. He’s gone through seven interviews in two years — but this time, he walks in with a Super Bowl ring.”

After interviewing with three teams in January, Bieniemy failed to get an offer for an NFL head coaching job. Last Wednesday, Rapoport first reported that Bieniemy would likely be a candidate for the Colorado’s open head coaching position.