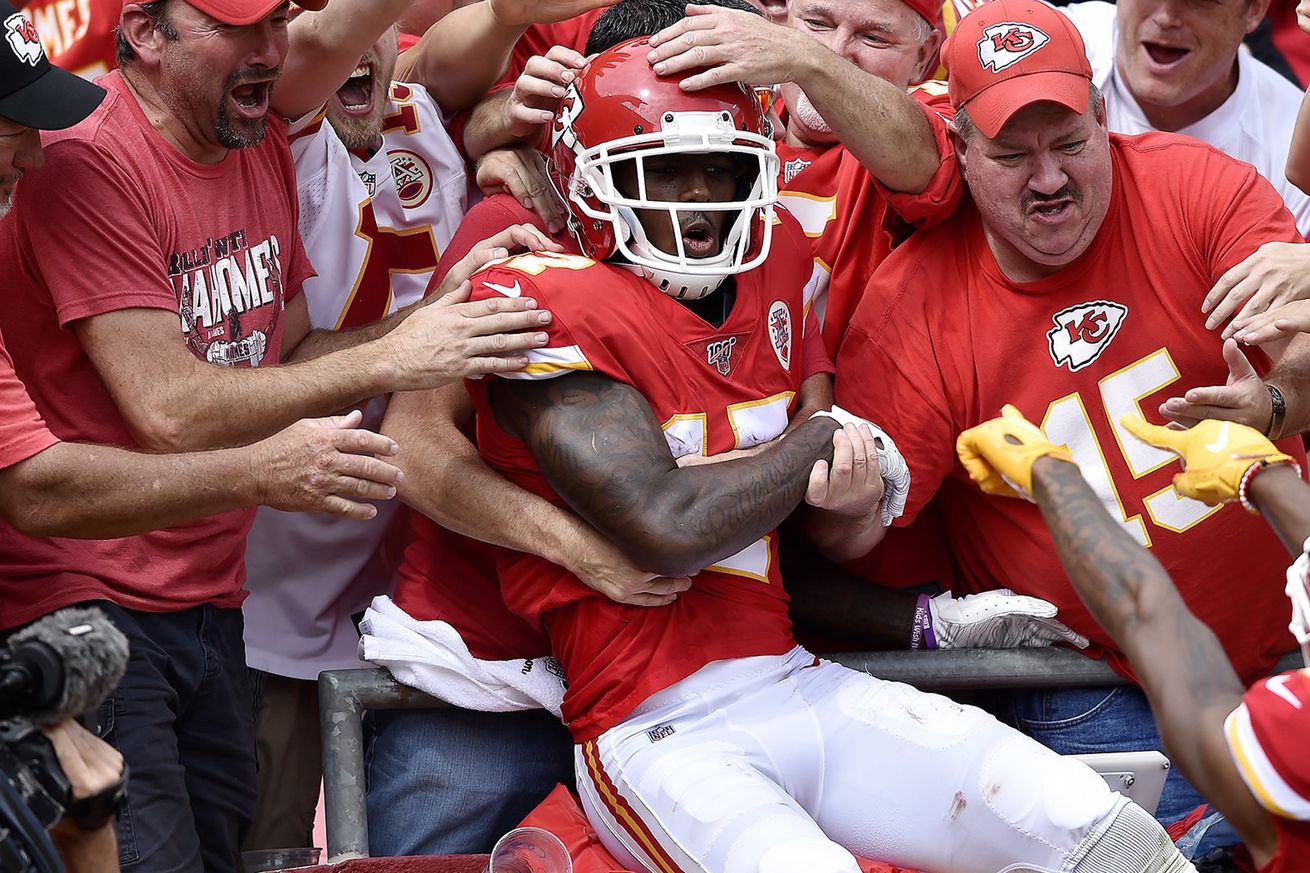 In a conference call with agents, NFLPA representatives painted a grim picture of what could happen to league revenues if fans do not attend games in 2020.

NFL Players Association (NFLPA) executive director DeMaurice Smith, president J.C. Tretter and medical director Thom Mayer held a Monday conference call with NFL agents to discuss some of the issues that could face the league — and the Kansas City Chiefs — as a result of the coronavirus pandemic during the 2020 season.

Sources on the call told ESPN that if games are conducted without fans in stadiums, the union representatives said the league could lose around $3 billion in revenue — roughly $100 million per team. This loss could reduce each team’s 2021 salary cap pool by $45 to $50 million less than the $198.2 million they are working with in 2020. Since just about every long-term player contract is written with the expectation that the salary cap will rise in future years, this could have a very large impact on teams’ ability to retain their highest-paid players.

But the union representatives reportedly told the agents that because the newly-passed Collective Bargaining Agreement (CBA) between the NFL and NFLPA contains a force majeure clause — which frees each side from liability if it is unable to complete its contractual obligations because of an event beyond their control — it would be possible for the two parties to negotiate a way forward.

Such a negotiation could include borrowing 2021 salary cap money from future years, when league revenues are expected to rise dramatically from new television deals, gambling revenue and the addition of a 17th game to the regular-season schedule.

But in the short term, there are more pressing concerns. ESPN reported that union representatives told agents that players could be expected to be tested for COVID-19 in three-day intervals — and would be isolated if they tested positive for the virus.

A reminder of how prevalent this could be emerged on Monday, when it was reported that multiple members of the Houston Texans and Dallas Cowboys — including star Dallas running back Ezekiel Elliott — had tested positive. Neither team released additional information about the players affected, but it is believed that none of them had been in their team’s facilities. There have yet to be reports of any Chiefs players testing positive for the virus.

Multiple league execs tell ESPN they loosely expect teams to report to training camp in late July, as planned, but an extended ramp-up period of testing, conditioning and football activities could replace the first two preseason games. Quarantining players before they take the practice field has been discussed. Moving up training camp also has been discussed, but most agree players wouldn’t go for that, with little incentive for further virus exposure.

Sources on the call said no definitive plans emerged Monday, which was a broad review of where things are, and many unanswered questions remain.