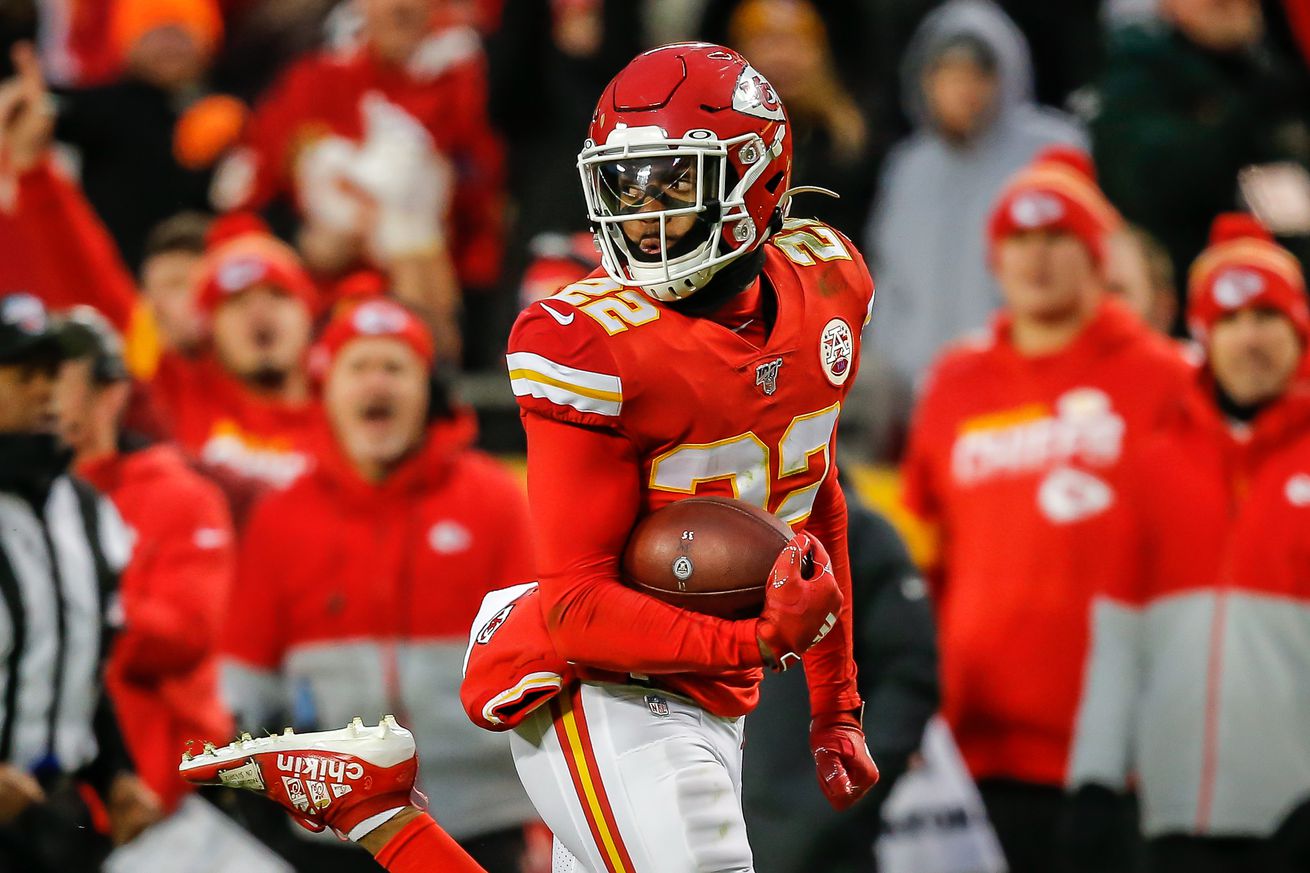 At the end of each season, Nick Shook gives all 32 teams a grade for their previous draft.

As he does at the end of every season, NFL.com writer Nick Shook has published end-of-season rookie grades for all 32 NFL teams.

He gave the Kansas City Chiefs a B+ for their 2019 class, which included wide receiver Mecole Hardman (56) and safety Juan Thornhill (63) in the second round, defensive tackle Khalen Saunders (84) in the third, cornerback Rashad Fenton (201) and running back Darwin Thompson (214) in the sixth and guard Nick Allegretti (216) in the seventh.

The Chiefs sent a first-round pick to Seattle for Frank Clark, then followed that up by nailing their two second-round picks in Mecole Hardman and Juan Thornhill. The latter’s success came as somewhat of a surprise; Thornhill created an excellent tandem with Tyrann Mathieu in the back end of Steve Spagnuolo’s defense before tearing his ACL in Week 17. Saunders was able to make a rotational contribution, recording 22 tackles and one sack in his 12 games played. Fenton worked his way onto the field in both special teams and defensive roles, while Thompson received a handful of carries and contributed on special teams. Nearly all of Allegretti’s 49 snaps played came on special teams. When counting the first-round pick traded for Clark, who finished with 13 sacks, including five in the playoffs (one of which helped secure the win in Super Bowl LIV), the Chiefs did very well at the top of this draft.

Previewing the team’s needs in the offseason, Shook said he believed the Chiefs could benefit from deep wide receiver and tackle classes.

Combine/free agency focus: Sammy Watkins caught four touchdown passes, including the game-sealing score in the AFC Championship Game in 2019, and chipped in five catches for 98 yards in the Super Bowl, but he only has one more year left on his deal. With Hardman and Tyreek Hill also in their corps, the Chiefs might be a year away from finding a replacement, but this class is loaded at the position and could offer Kansas City a chance to fill a potential future need. Or, with Mitchell Schwartz headed toward a contract year in 2021, the Chiefs could draw from another position that’s deep in this class: tackle. Late-season addition Terrell Suggs helped reinforce Kansas City at edge rusher, but the team could use some youth there as well.

After the 2018 season, Shook gave the Chiefs a B grade for acquiring Breeland Speaks, Derrick Nnadi, Dorian O’Daniel, Armani Watts, Tremon Smith and Kahlil McKenzie — and said the team needed help at safety, running back and defensive end, noting the release of Kareem Hunt and the advancing age of Justin Houston.

In the AFC West, Shook gave the Las Vegas Raiders an A- grade for their 2019 draft. The Denver Broncos got a B+ and the Los Angeles Chargers received a C+. Only one team — the San Francisco 49ers — received an A grade. Shook reserved his worst grade for the New England Patriots, giving them a D+ for last April’s draft haul.