The 2021 offseason started with plenty of changes on the Kansas City Chiefs offensive line. One of the most significant changes was the team announcing the release of veteran Mitchell Schwartz after spending four seasons as the team’s starting right tackle.

The former Chiefs Pro Bowler appeared on KCSP-AM Thursday afternoon to reflect on his career in Kansas City and possibly return to the team if called by general manager Brett Veach.

“Yeah, I think so,” said Schwartz. “It comes down to dollars, and what I want to do guys are kinda on the street in August, there are a lot of older guys that are used to making a certain amount of money and their injury situation or age, usefulness or kind of declined a little bit they’re not ready to take that pay cut. I would obviously entertain coming back here if everything lined up healthwise and all the other sides of things.”

Schwartz first joined the Chiefs as a free-agent signing during the 2016 offseason. The eight-year veteran was a second-round pick by the Cleveland Browns in the 2012 draft. He is no stranger to switching teams and explained he has received interest from other squads as well.

“I gotta figure that out,” said Schwartz. “I know some other teams have inquired, but again, just waiting to feel healthy. And once I feel healthy, then I can evaluate. I will, for no reason, shut the door on the Chiefs; I’m sure we’ll talk at some point. It’s all hypothetical anyway. I think you keep all your doors open anyway, so I’m not gonna lock myself in one way or another. Guys don’t usually take the ‘hometown discount,’ but my situation is different. I’d definitely kinda lean towards the Chiefs. It’s hard without knowing the team on the money, all those kinds of variables, what the line looks like, potential play availability. We’ve got a pretty solid 8-10 guys on the line, so it’s not necessarily come on like you’re the starter. I’m coming off back surgery; I’m going to be 32, so that’s where it comes into play as well. It’s a hard question to answer with any sort of confidence because there are so many variables, I haven’t sat down and honored that specific question anyway.”

Schwartz has been a popular face in the Kansas City community with his play and skills in the kitchen as a budding chef. He’s openly decided to call the city home for his family for the foreseeable future. It’s just one reason why a reunion with the Chiefs would be a favorable outcome.

“It sounds corny, but it just felt like home,” said Schwartz. “It seemed like the place to be, the place to raise our family. We don’t have any kids yet, got two little dogs. It’s a great place to raise kids, an easy town to live in. It’s not Los Angeles with all the traffic and smog, 20 million people. I know the most people here, the most connections moving somewhere else, just didn’t feel right to go somewhere else and basically start from scratch. (It) felt like home and kind of solidified after the Super Bowl that this is where I want to be long-term. I feel like I have a strong bond with the city its fun to see people, and they say hi and know who you are and are real respectful about it.”

Schwartz also praised the Chiefs’ offensive line moves recently and seems to still hold a special connection with the franchise after the release. 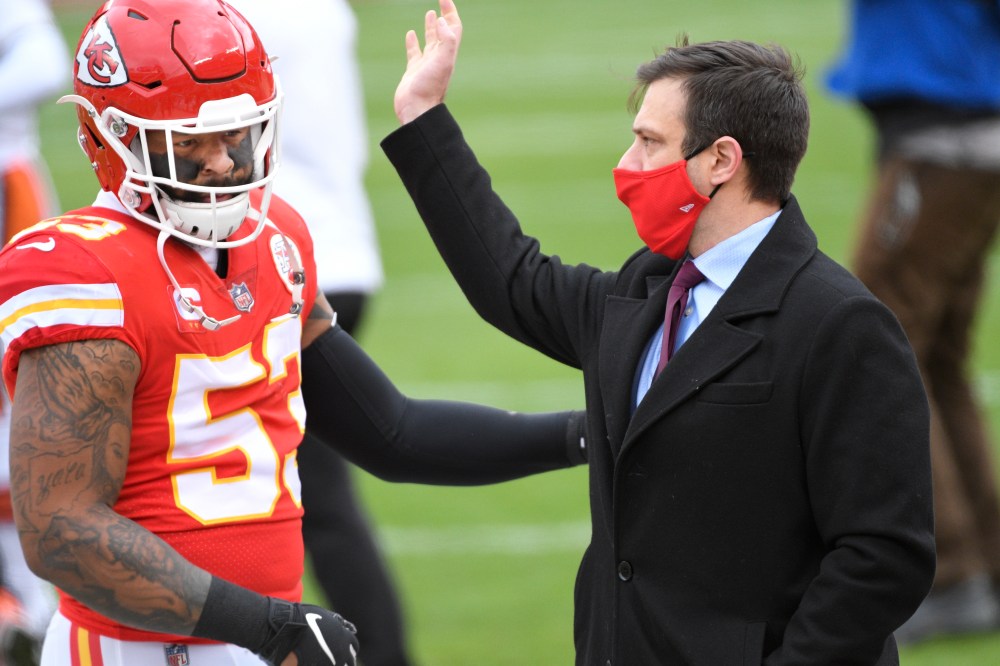