Former Kansas City Chiefs right tackle Mitchell Schwartz had some high praise for the team’s new right tackle and his performance against the Baltimore Ravens in Week 2.

Lucas Niang had a solid Week 1 performance against the Cleveland Browns, but he posted a clean sheet against the Ravens in Week 2. Part of the reason he performed so well in Baltimore was his execution of the Hamilton technique against Ravens defenders. If you’ve followed Schwartz on Twitter, you’ll know that the Hamilton is one of his favorite techniques. It has become sort of his signature technique that he has used to thwart the efforts of pass rushers over the years.

Schwartz came away impressed with how Niang used the Hamilton effectively in just his second career NFL start, sharing some clips of Niang on his “Daily Dose” series.

Daily Dose! Sound up and eyes to the top of the screen to watch RT Lucas Niang (#67) executing my favorite technique, the Hamilton! He lifts the long arm perfectly and shows off some real skill in only his second start. #MitchsDailyDose #ChiefsKingdom #Chiefs pic.twitter.com/2AxkaJMYfZ

The Hamilton is a technique used by offensive linemen to combat a lot of the techniques that defensive linemen are taught. It counters things like the long-arm technique or bullrushes, where defenders get their arms extended in an attempt to control the offensive linemen. The idea is that you lift the defenders’ arms up and away from your body to create leverage against your defender. For Niang in Week 2, the Hamilton worked like a charm.

The crazy thing here is that Schwartz says he didn’t learn to take advantage of this technique until his fourth year in the league. Niang is already using it and doing so effectively in just his second game with the team and first season in the NFL.

It’s also pretty remarkable to see Schwartz showing support and love to the player who is filling his shoes in Kansas City. He’s a true class act and continues to have strong ties to the team. 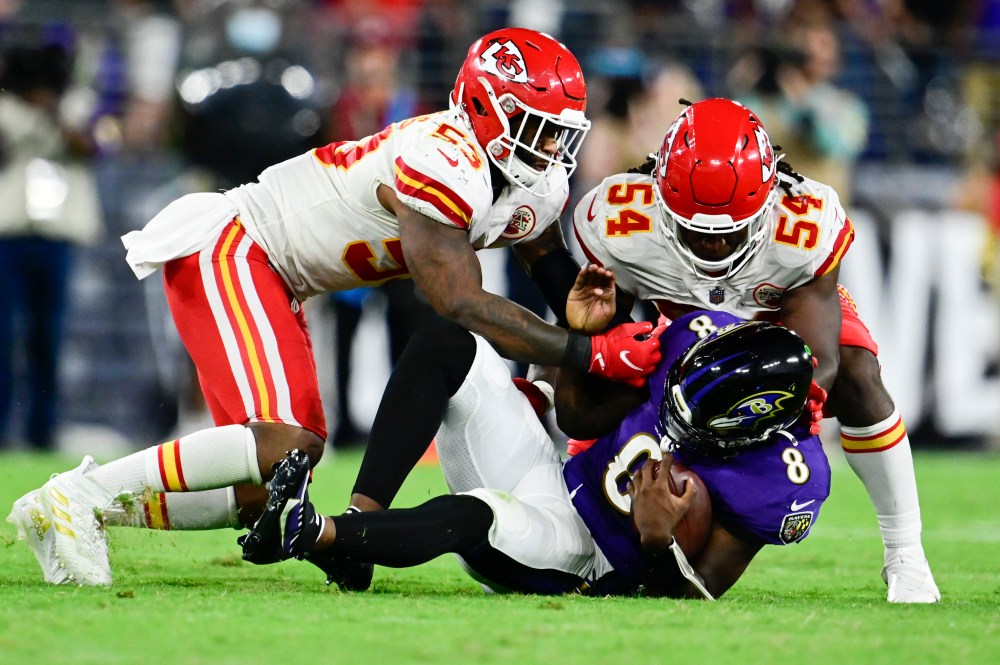