Kansas City Chiefs players turned up the physicality during the second week of training camp as the team prepares for their preseason debut against the San Francisco 49ers.

The rookies of last season encountered a season unlike any other because of the COVID-19 pandemic. One of those rookies, defensive end Mike Danna, played well as a spot starter last season. This year he’ll be expected to take another step forward in his development.

The former Michigan Wolverine is expecting to be much more confident and comfortable heading into the new season.

Danna played well in 13 games, collecting 2.5 sacks and 25 tackles on 334 snaps. He is focused on remaining true to his fundamentals and developing his technique, rushing off the edge.

The 23-year-old has spent the offseason returning to his college roots for inspiration while working on his game. He detailed working with his defensive line coaches from Michigan in preparation for training camp.

”Really just working with my D-Line coaches back in Michigan. A lot of those guys got me right,” Danna said. “So, hats off to them, they put their time into me, and it’s showing out here. Just working on the fundamentals and perfecting it. Like I said, there’s always room for improvement, so I never try to act like I perfected it until it’s correct, and you have to practice the perfect way to perform that certain way.”

The Chiefs’ defensive line had served as the catalyst to the franchise’s turnaround on the defensive side of the ball the past two seasons. It’s a trend that fans hope will continue with the 2021 season quickly approaching. 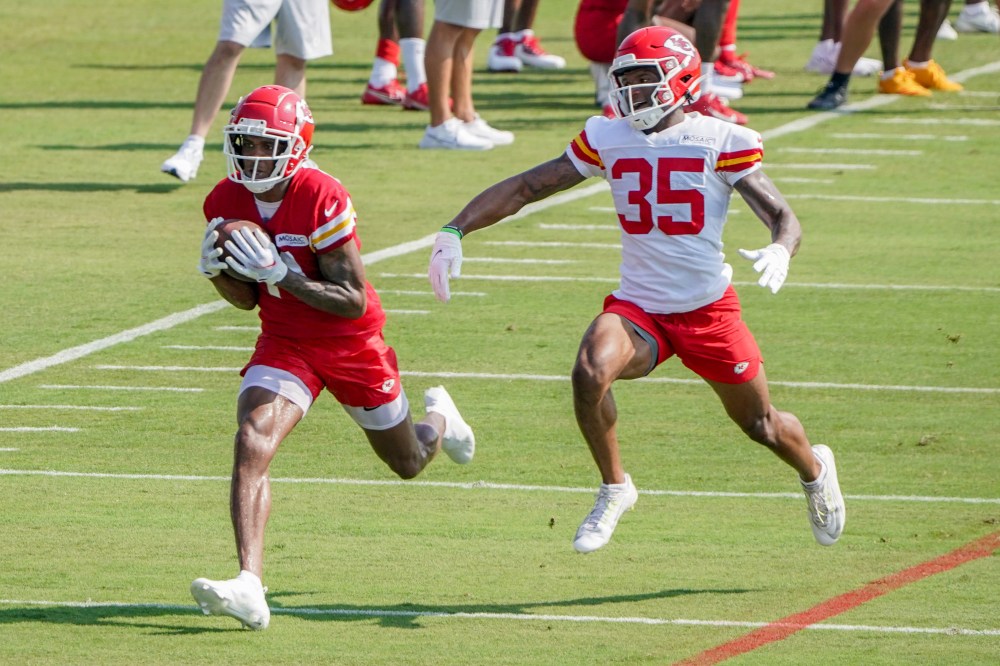