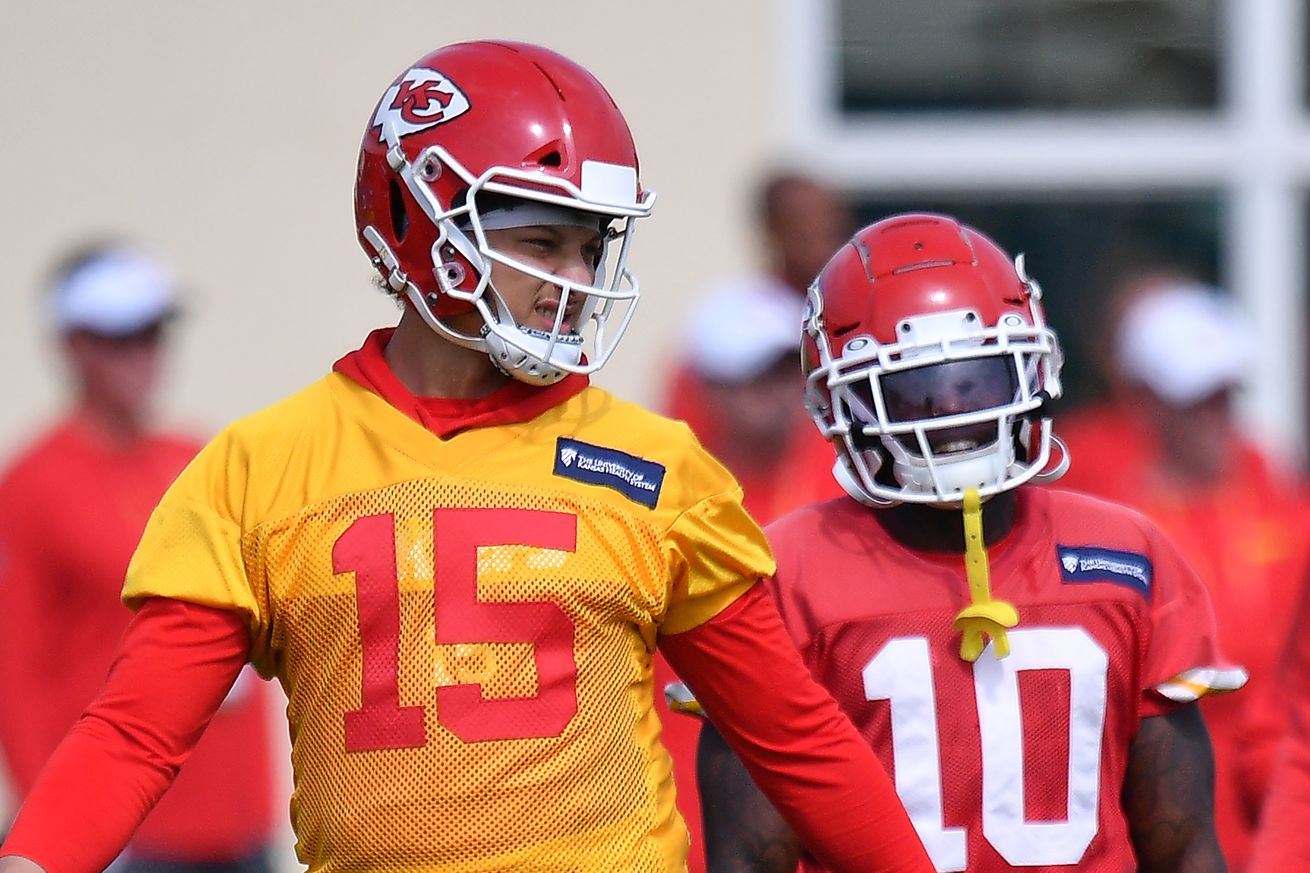 Afforded time by a replay review, Patrick Mahomes called the perfect play at the perfect time.

The turning point of Super Bowl LIV came with just over seven minutes remaining in the fourth quarter on third-and-15. Looking to his left, Kansas City Chiefs quarterback Patrick Mahomes found Tyreek Hill 44 yards down the field for a first down.

It was the moment that changed the game, so we asked Mahomes about the play — the one that has now come to be known as “2-3 Jet Chip Wasp” — shortly after he left the field.

“[The 49ers] were playing this kind of robber coverage all game long,” explained Mahomes, “where the safety was coming down and kind or robbing our deep cross routes, and we had a good play-call on, where we had [Travis] Kelce kind of doing a little stutter, deep cross, and we had Tyreek [Hill] getting one-on-one with that safety. The biggest thing is we needed really good protection. It’s a long route and it was actually the same play we ran against New England in the playoffs last year, where I hit him down the sideline. And so we got good protection, the line gave me enough time and I put it out there and Tyreek made a great play.”

The Chiefs scored a touchdown to cut the lead to 20-17 a couple plays later, the first points of what would be a 21-0 run to end the game and lead them to clinch their first championship in 50 years.

NFL Films tweeted its full, 10-minute breakdown as part of their “Turning Point” series on Thursday, and it is a must-watch.

Fly like a butterfly, sting like a Wasp. @PatrickMahomes believed in himself, this play call, and the @Cheetah on the #SBLIV‘s Turning Point. @Chiefs pic.twitter.com/xTTU7AL6OQ

Early in the video clip, Hill could be seen moping on the bench — and Mahomes made a point to go over and tell him to believe. Hill’s second-down catch being challenged by San Francisco gave Mahomes enough time to speak to offensive coordinator Eric Bieniemy, and Mahomes suggested this lifetime’s version of “65 Toss Power Trap.”

As the NFL Films narrator describes, the play is designed to free up Hill and take advantage of his blazing speed. The Chiefs bait the defensive back, opening up the field for the wasp — Hill. Prior to the play, Mahomes pointed to Hill and told him, “You be working.”

Hill did indeed, and so did the play.

With 49ers cornerback Emmanuel Moseley focused on Watkins underneath, Hill was left wide open. Even with Mahomes needing to drop 14 yards because of the 49ers pass rush, his unique arm strength and accuracy allowed him to find Hill wide open. NFL Films reported Mahomes threw the ball 57.1 yards in the air, the longest of any completion all season.