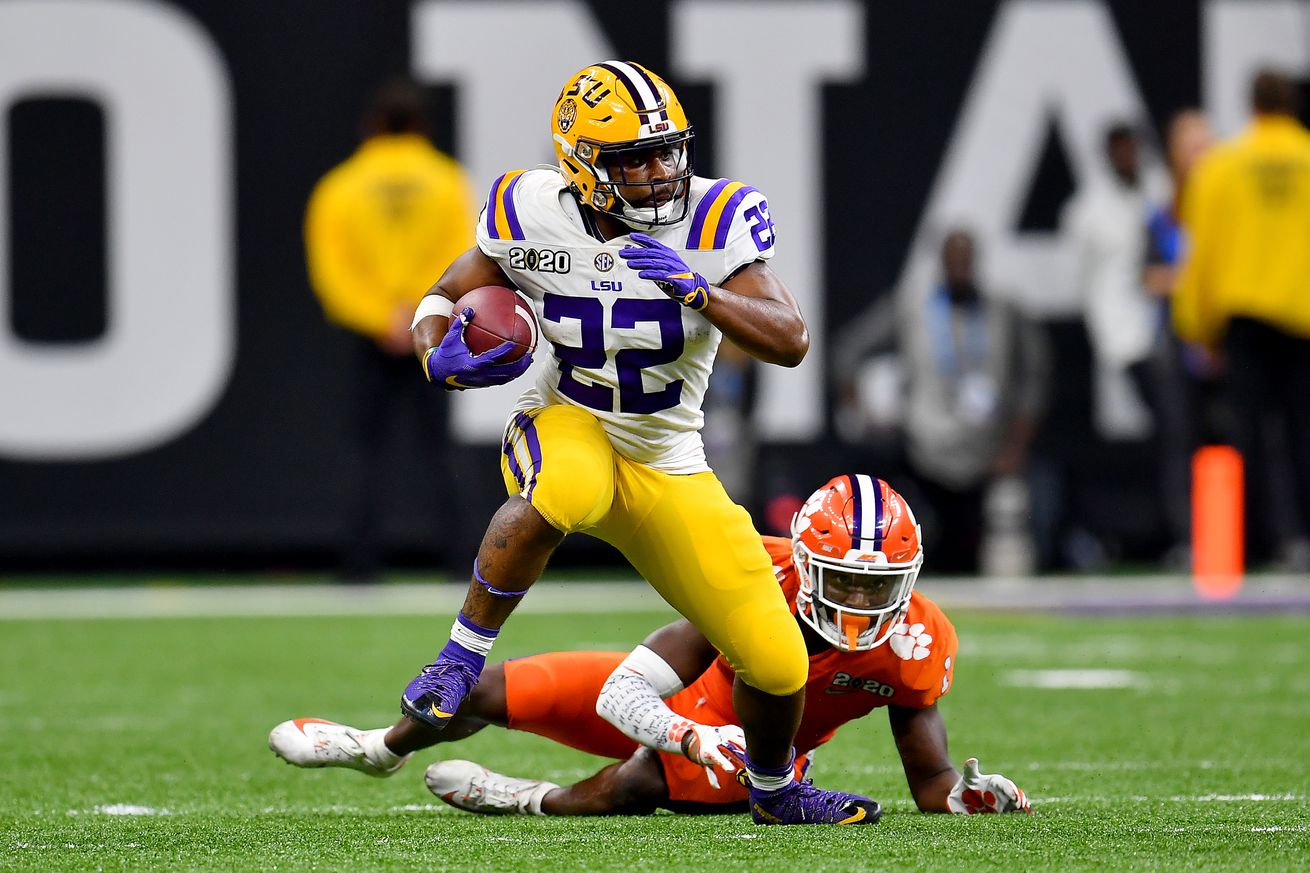 Kansas City came away with six new faces as a result of the 2020 NFL Draft.

The Chiefs started the draft with five picks but ultimately made six after adding a seventh-round pick for their 2021 sixth-round selection. The addressed a variety of needs and injected this team with athleticism and upside at key positions.

We’ve been calling Edwards-Helaire the perfect fit at running back for the Chiefs for a long time. He’s a special pass catcher for a running back with a diversified route tree and natural hands. He’s tough between the tackles with good contact balance. He has outstanding vision and great lateral agility to pair with it. Looking at the totality of the draft class should make those concerned about the value argument surrounding early running backs (I’m part of that group) feel a lot better. It wasn’t going to take much to talk to me into Edwards-Helaire after the fact — he was one of 20 “My Guys” for me in the KC Draft Guide. I love the player.

The Chiefs desperately needed to add athleticism to their linebacking corps and sweated out to the end until their guy fell to them at 63. Gay Jr. has a checkered past with academic fraud and an altercation with a teammate that resulted in him breaking someone’s jaw. He has been vetted and many vouch for him. What the Chiefs get is a raw, uber-athletic linebacker who can step in day one and start at WILL linebacker. He’s already better as a coverage player than Damien Wilson and Anthony Hitchens with a lot of upside remaining.

A labrum injury allowed an intriguing tackle prospect to fall to the Chiefs at the end of the third round. Chiefs fans should be thrilled with the prospects of Niang for the future of this franchise. Whether they elect to move Niang inside or develop him at tackle, he is part of the long-term plan to protect Patrick Mahomes and should be a starter in some capacity very soon. In a different draft with different circumstances, Niang probably goes a lot higher than he did.

We graded Sneed at his 2019 position of safety and came away with a late day-three grade on him. We acquired some 2018 tape of Louisiana Tech about the time the guide released and got to watch him at cornerback — his original position. The Chiefs are planning to move him back and I’m thrilled at the idea. His 2018 tape is much better and shows a physical corner with ball skills. He tested outstanding at the NFL Combine and is a perfect fit outside in Spagnuolo’s defense — who called him his number one guy on day three. He was elated — as am I.

The only head-scratcher of the draft came for me with the presumed last pick of the draft. Danna doesn’t fit the height, weight and arm length thresholds that Spagnuolo has historically utilized. No one of Danna’s profile has played significant snaps for Spagnuolo ever. Danna has great first-step quickness and per Chiefs scouts some inside-outside flexibility. Perhaps Spagnuolo is bending his historic tendencies as the game changes? I don’t know. I would’ve liked a different player here.

Don’t call him Thakarius unless he’s in trouble! The Chiefs moved back into the draft to secure the services of long, athletic corner in Keyes. He is a great fit in Steve Spagnuolo’s defense. We put a 4th round grade on the Tulane product and he was one of the ten “My Guys” for me in the KC Draft Guide. I would’ve been thrilled to get Keyes at 177 but instead, the Chiefs surrender a 2021 6th to get him. I love the value.

I had a strong B+ when I presumed the Chiefs were done picking after Danna. The final pick wasn’t souring my opinion of the class. When the Brett Veach moved back into the 2020 draft to acquire Keyes — chef’s kiss — I was beyond excited. The Chiefs double-dipped at cornerback to add athleticism, depth, competition and upside to a class that is going to need it short and long term. At least one of them is likely to pan out. They got impact day one starters with their first two picks — and upset defensive coordinators in the process with the addition of Edwards-Helaire. In between that the grabbed an offensive tackle that profiles as a future starter at pick 96.

This is my favorite class of Veach’s tenure as the general manager of the Chiefs. Between this year and last year, he’s on a heater.