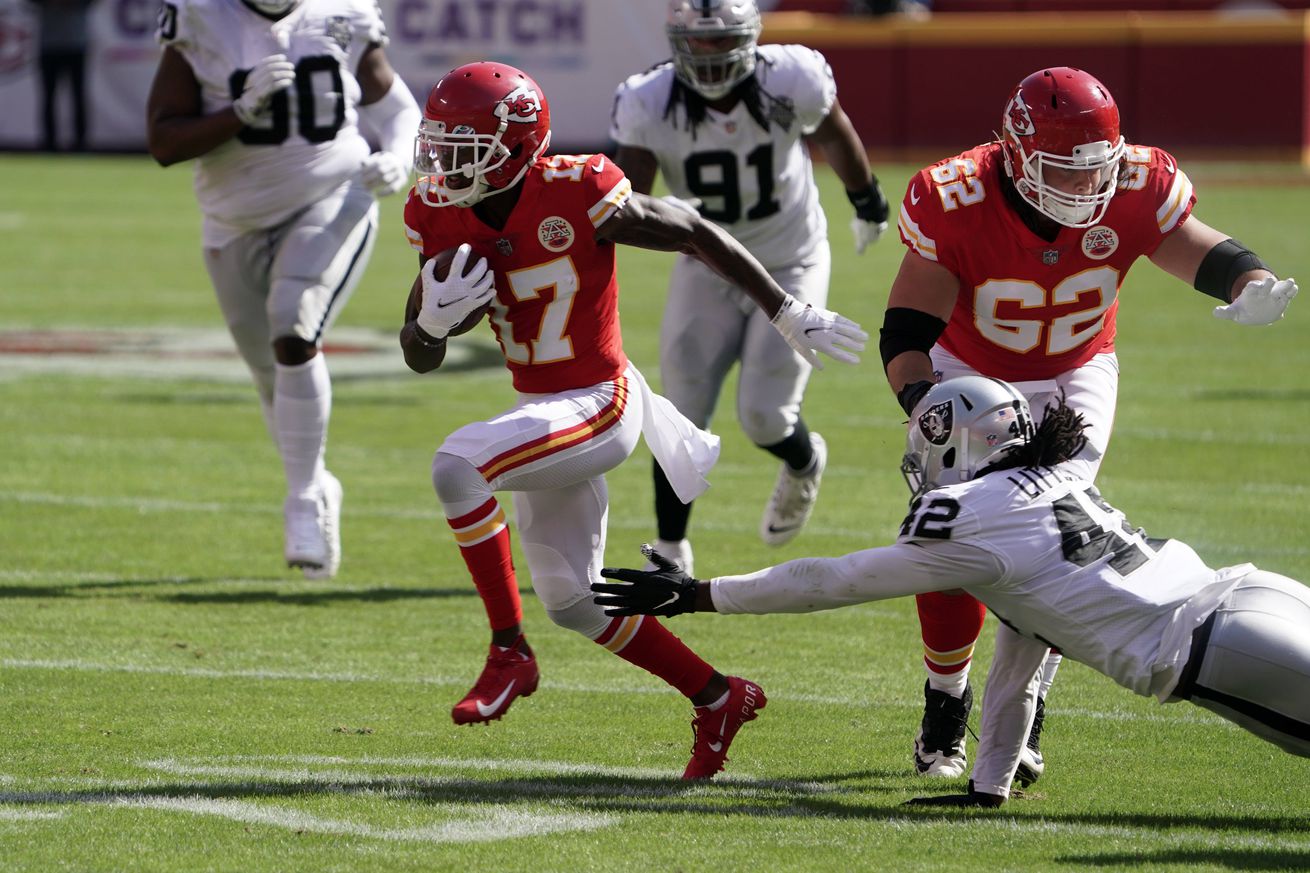 Kansas City has the tall task of beating the Buffalo Bills on Monday — let’s check in on the trends.

The Kansas City Chiefs are coming off of a frustrating loss at home against the Las Vegas Raiders, and they’ll be without two top contributors on offense against the Buffalo Bills on Monday.

It will be a gut-check game for the defending Super Bowl champs. The big news of the week is the addition of a new running back, but he won’t be available for the game.

Here are a few trending Chiefs going into an important Monday game:

Byron Pringle: We’ll hold onto hope that the Chiefs give Pringle more opportunities. Pringle has shown to be strong enough to pluck the ball out of the air and fight through tackles. He can also run routes competently enough to do some of what Sammy Watkins can do. If he gets a chance this week, Pringle could show just how far he’s come in his Chiefs career and make a case for a more significant role.