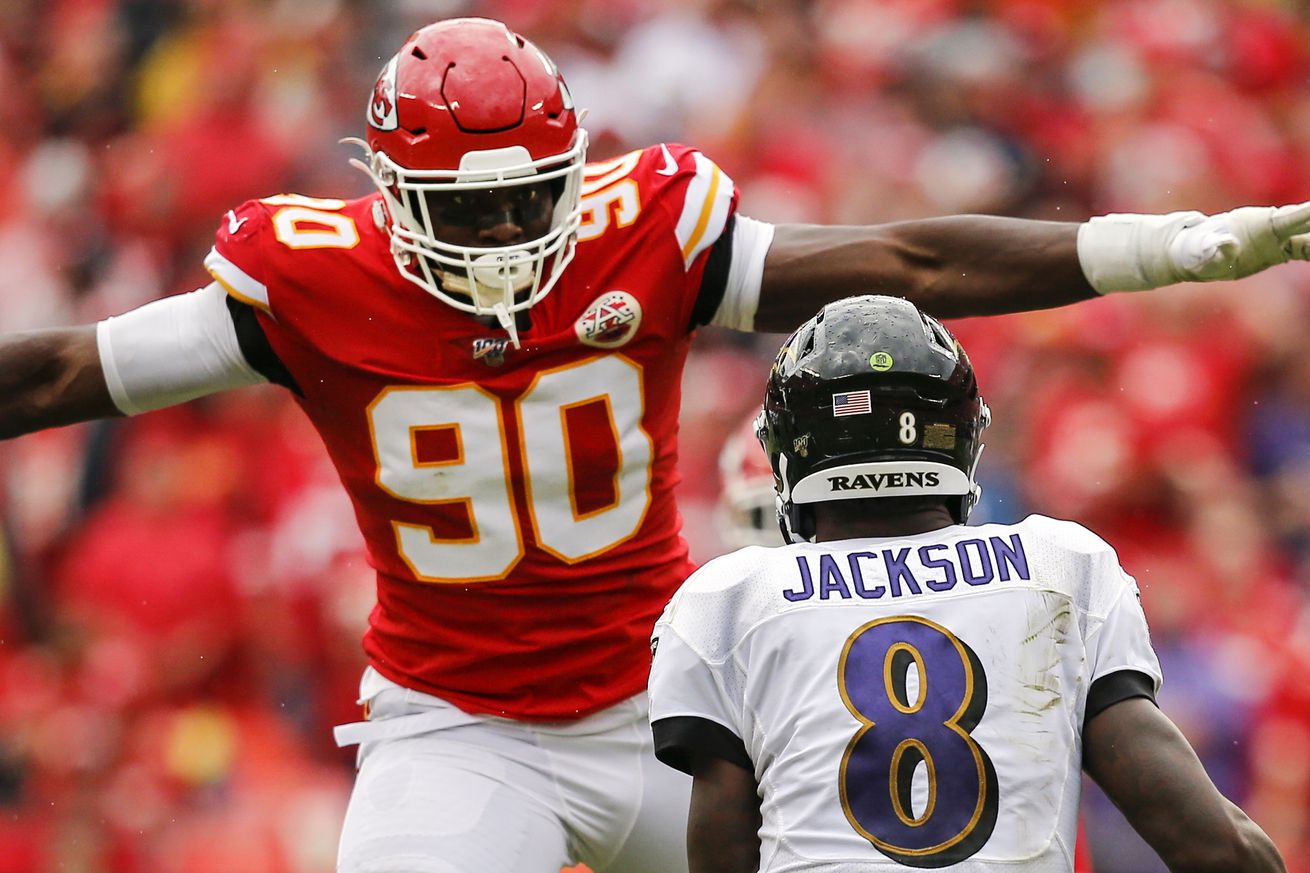 After being picked for the Madden 21 cover, the reigning NFL MVP is answering one question after another about Mahomes and the Chiefs.

Since two AFC quarterbacks have been named the NFL MVP in successive seasons — and both have now graced the cover of the popular “Madden 21” NFL video game after those seasons — it’s completely natural to assume a rivalry exists between them.

Top QB rivalries of the next decade, according to @getnickwright:

But Jackson — now making a string of Zoom appearances in the wake of Tuesday’s announcement that he will be on the “Madden 21” cover — isn’t so sure.

“Two different teams,” he said. “Ain’t got nothing to do with each other. Like, we just play football. That’s it.”

“I’m not trying to have no rivalry.” he told The Ringer’s Kevin Clark on His “Slow News Day” video. “The only way to look it it — rivalries and stuff like that — is we’re just playing football now — trying to win. He’s been winning right now — so there’s no rivalry right now.”

Jackson — like many others — seems to be taking the word rivalry to assume the existence of some kind of relative parity between competitors. But Dictionary.com says that the word means “competition for the same objective or for superiority in the same field.”

In that sense, Jackson and Mahomes will likely be rivals for quite some time — even though Mahomes now leads Jackson 2-0 in their head-to-head matchups.

Jackson, of course, has never been one to downplay his own talents. Still, he acknowledged to Rooks that there’s one talent he wishes that he shared with the Chiefs quarterback.

“To throw as far as him,” he revealed. “I want that cannon. He got a cannon arm. I’d take that cannon.”

And when Clark asked him which player he most likes to control in the video game that now bears his image, he gave a remarkable answer.

Obviously surprised, Clark asked him again: would he choose the Chiefs even now? Jackson said he wouldn’t — except in certain cases.

“If somebody tells me they want to play with me? Then I’ll get the Chiefs.”