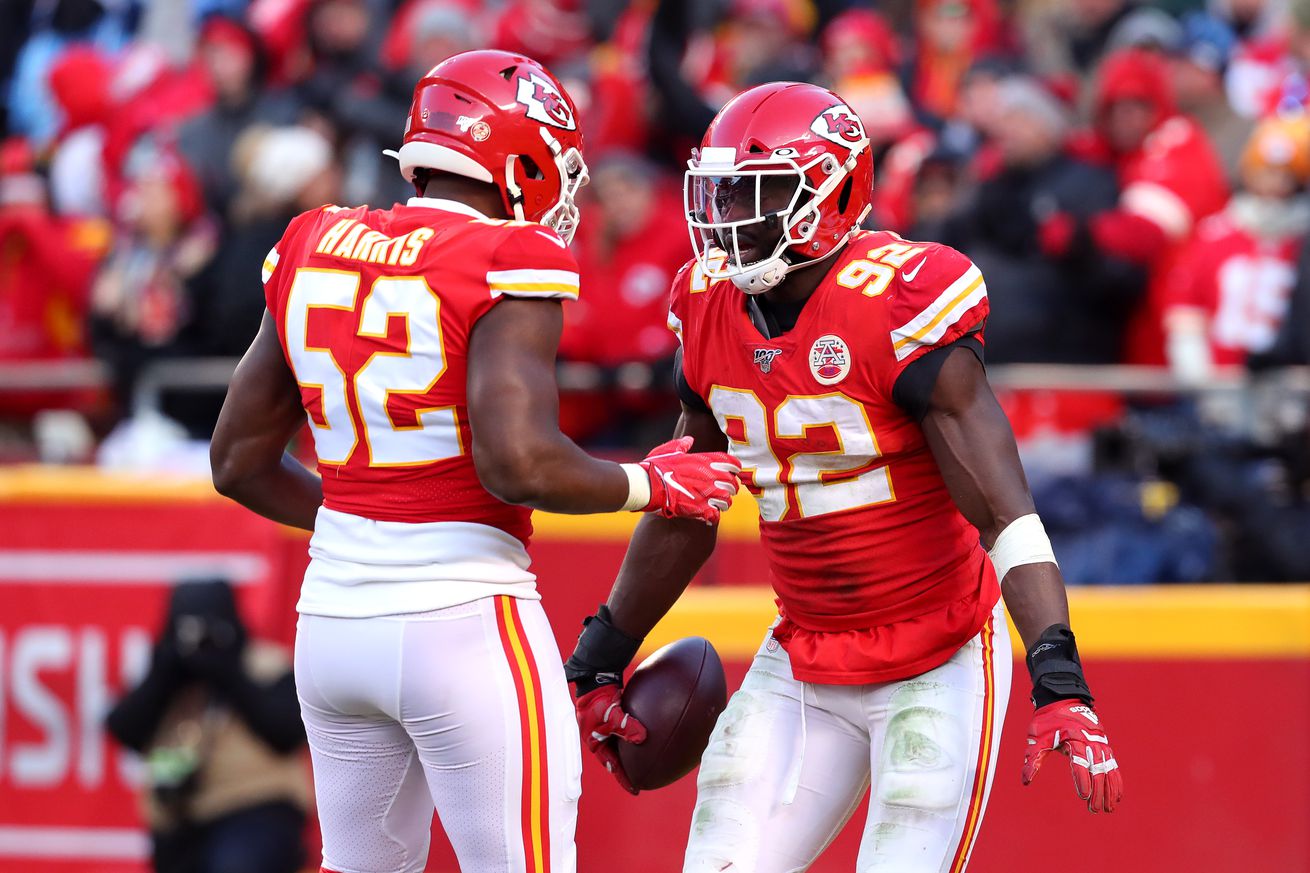 The Summer of Spags continues with a curveball in Steve Spagnuolo’s empty blitz packages.

Welcome back to the Summer of Spags!

So far this offseason, I’ve focused on lesser-utilized blitzes and fronts that Steve Spagnuolo and the Kansas City Chiefs defense could implement to keep the opposition off-balance. This week’s concept is even rarer than last week’s coffeehouse blitz implementation, becoming a tendency breaker to a tendency breaker for Spagnuolo’s defense.

After a disastrous game against Green Bay, the Chiefs made adjustments to their empty checks and leaned a little more on Cover 0 blitzes, sending six and playing man against the 5 receivers in the route. pic.twitter.com/y5ugk57m3x

Other coordinators will choose to put together a heavy blitz to force the ball out rapidly, like the play shown above. Spagnuolo had been beaten pretty badly in the previous week, giving up huge yardage to Aaron Rodgers and the Green Bay Packers out of empty, and he made adjustments against the Minnesota Vikings. Sending six on this Cover 0 blitz forced Kirk Cousins to throw quicker than he wanted to avoid being sacked. That quick, inaccurate throw helped a secondary in man coverage across the board.

“Miami” feeds off of the empty six-man blitz protections. Defenders take their normal rush lanes, but once the blockers engage them, they drop back into coverage. This results in a 1-2 man rush with a typically free rusher, while robbing a “hot” crossing route. pic.twitter.com/PupnjisYYE

Clemson defensive coordinator Brent Venables is one of the most aggressive coordinators in the nation. His blitz packages are phenomenally designed, and he brings pressure from every possible angle. This is especially true against empty formations, where he prefers to bring more heat, rather than dropping extra coverage defenders. Venables loves to Cover 0 blitz, sending six and accounting for each rushing lane. As the offensive line usually works inside-out, this 6-on-5 rush typically sees an unblocked pass rusher off the edge.

Offenses know that Venables is aggressive against empty, so they frequently try to get the ball out quickly to the areas of the field where the blitzes originate. Since Venables typically brings the pressure from his linebackers against empty, offenses attacked his defense with lots of crossing routes to the empty middle of the field.

This development led to Venables’ “Miami” pressure package. Instead of rushing six with man across the board in the secondary, he found a way to rush one to two defenders through a simulated blitz. Venables told his rushers to shoot their normal gaps as if blitzing, but immediately drop into shallow coverage when an offensive lineman engaged them. As stated above, these 6-on-5 rushes give the defense a free rusher, but the defensive lineman and linebackers dropping back into coverage rob the “hot” crossing route.

Venables was able to gain the benefits of a six-man pressure — a free rusher — while adding coverage defenders to the spot where offenses were finding success. The concept could take longer to develop, but the defense was able to rattle the quarterback into throwing ill-advised passes or pull the ball down with the defender bearing down on him.

The issue that can crop up with “Miami” is that by leaving the TE in and only putting 4 in the route, the offense could see man coverage with no safety help against a 1-2 man rush.

The shallow MOF is locked down, but the post is wide open with plenty of time to throw. pic.twitter.com/p3fOKuI8dO

A man blocking scheme can be set up — accounting for all six blitzers — potentially giving the quarterback the extra time to pick apart man coverage on the back-end. This is even more dramatic on a “Miami” check, as there may only be one or two players rushing the passer. While the quick crossing routes may be taken away, the deeper concepts are now in play due to a lack of pass rush and single coverage. The play above is a prime example of the defense showing a Cover 0 blitz, the “Miami” pressure that follows, and the resulting open post for an easy touchdown.

How it fits the Chiefs

As the 2019 season went along, the Chiefs found themselves combating empty with pressure frequently. In that regard, the “Miami” pressure makes a lot of sense as an off-speed check for Spagnuolo and company.

With the Chiefs conversations about Willie Gay Jr. centering around the outside linebacker positions, Gay could factor into an interior gap simulated pressure role quite successfully. He showed a proficiency in those techniques in college, and he could once again find a role executing a similar assignment for Spagnuolo.

Speaking of Spagnuolo, his propensity for moving his defensive ends inside to a three-technique role could afford him some lighter, faster coverage drops for those linemen that are engaged on the interior. Tanoh Kpassagnon showcased his ability to rush from the inside for the Chiefs last year and had some surprisingly strong coverage snaps as the year went along. His length, in particular, would make for a very difficult hook defender for a quarterback to have to throw over to the third level.

Naturally, this technique requires good enough edge explosion to affect the quarterback from a wide alignment. Both Frank Clark and Alex Okafor are plenty capable, but Tim Ward and Taco Charlton both have a good enough burst to make their free rushes count at this level.

Finally, the Chiefs will need to trust their corners in man coverage on an island with a “Miami” pressure. Spagnuolo tended to protect the cornerbacks with safety help over the top throughout the year, but his implementation of zero-blitzes still worked its way into the play-calls. If Spagnuolo gets the kind of quality he needs out of Charvarius Ward and a combination of Bashaud Breeland, Rashad Fenton, or L’Jarius Sneed, he certainly can count on Tyrann Mathieu and Juan Thornhill to man up on the remaining receivers.

A “Miami” call might be a little too risky for Spagnuolo this year, especially early with some potential inexperience at the cornerback position. However, if he does decide to bust it out at a crucial moment effectively, it’ll certainly make my 2020 highlight reel.