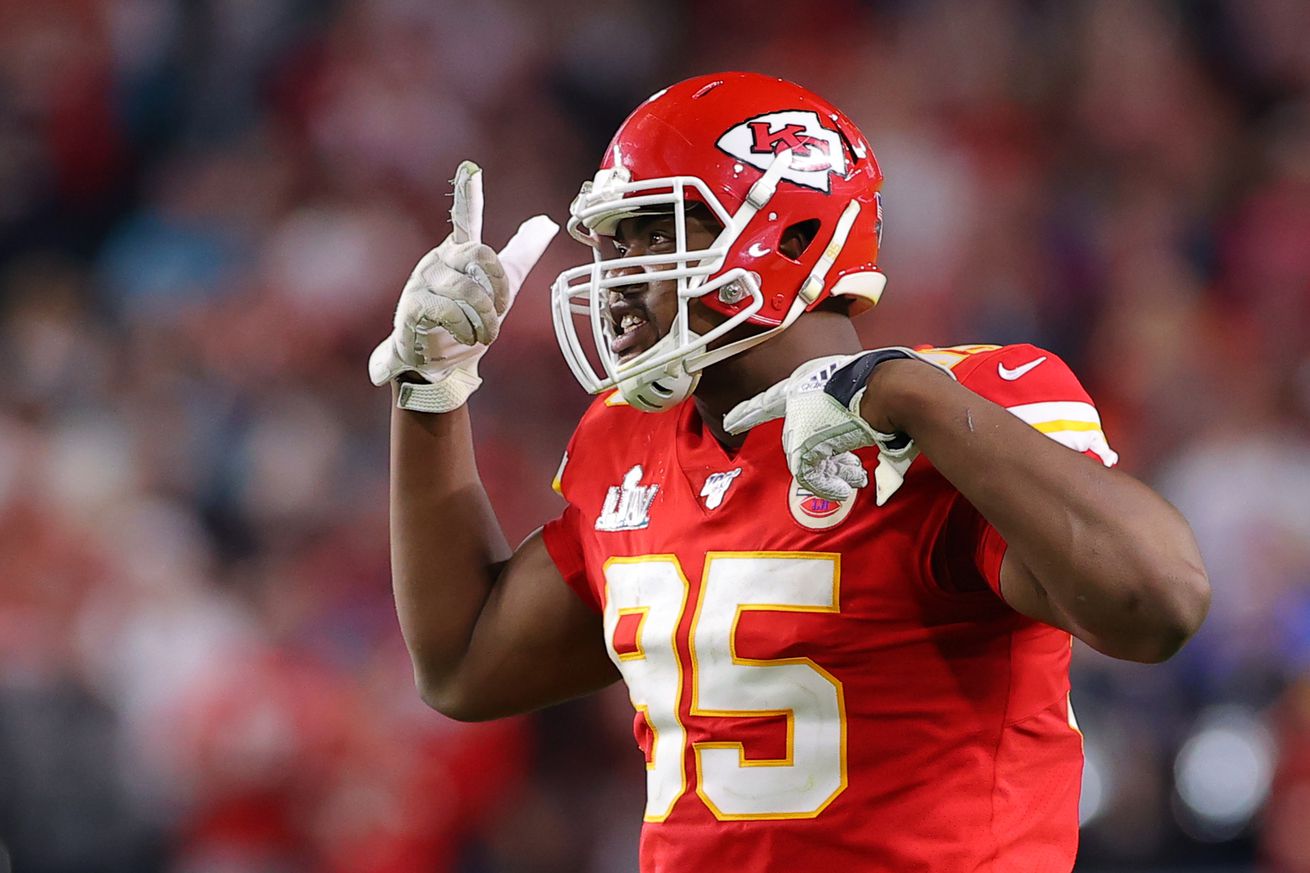 Now that Chris Jones is extended, how does he stack up against those in the same financial ballpark?

For several years now, Chris Jones has been among the elite defensive tackles in the league. As of this Tuesday, he’s being paid like one.

Jones is absolutely deserving of his $20 million average-per-year contract, but how does it stack up to the other highly paid defensive tackles in the league? Today, we’ll take a look at the other interior defensive linemen above the $15 million-per-year threshold to see just how impressive Jones’ statistics stack up against his peers.

Yes, the scheme and situations each of these players is put in are unique to their skillsets and defenses. Therefore, they’re not truly apples-to-apples comparisons, but it’s this is for fun, so let’s go along for the ride!

Jones isn’t known as an elite run defender, but neither are some others on this list. However, he is known for his splash plays in run defense, knifing into the backfield to blow up the running back and force a loss.

Those numbers translate well for Jones, coming in at a solid fourth of eight in this category. He’s bookended by two fantastic run stuffers in Kawaan Short and Jurrell Casey, and he edges out the Indianapolis Colts’ new $21 million man in DeForest Buckner in negative plays. Jones may not play with consistent leverage or discipline, but his ability to impact the run game through penetration helps to make up for some of these deficiencies.

And as a quick side note up front, Aaron Donald is absolutely ridiculous, and no current defensive tackle should be legitimately compared to him. He runs away with most categories — and typically in staggering fashion, as the above chart shows.

Sacks are the true moneymaker for defensive linemen, and Jones stacks up very well in this category. Averaging just over half a sack a game puts Jones second behind Donald, and once again ahead of Buckner. The ageless Geno Atkins is a bit of a surprise at number three, having consistently put up solid numbers throughout his 10-year career.

Jones’ torrid streak in the 2018-19 season of 11 straight games with a sack definitely boosted his per-game average, but he’s proven throughout his career to find a way to bring down the quarterback.

Jones’ new contract contains yearly incentives set at 10 sacks. If Jones hits those throughout his contract, the Chiefs could see him close the gap on Donald and push toward one of the best interior pass rushers in team history.

Sacks aren’t the only way for a player to make their impact felt against the pass. Pressures and quarterback hits result in incompletions, checkdowns and interceptions. With a lack of consistent, long term pressure data, I relied on the available quarterback hit numbers.

For the second statistic in a row, Jones slides into the second slot behind Donald. He once again slips just in front of the higher paid Buckner as well. Jones’ sack and pressure numbers show him superior to his non-Donald contract peers and truly paint him as a force to be reckoned with when rushing the passer.

Chiefs fans will eternally remember the “swat” party that Jones threw in the Super Bowl, helping the defense to close out the game and win their first championship in 50 years. Jones’ long build is atypical for interior defensive linemen, and he uses it well when he doesn’t beat his man and get into the backfield.

Jones is by far the best of his contractual peers at swatting down passes, almost doubling Buckner in second place. Jones’ knack for getting his arms into the throwing lane still makes him a threat on those rare occasions he isn’t able to get a pressure, quaterback hit, or sack — especially compared to his peers.

Chris Jones got a hefty chunk of change on a per-year average from Brett Veach and the Chiefs. He was paid like an elite defensive tackle in a year with another massive contract at the position. While Buckner may be a more consistent run defender — hence the trade and major contract from the Colts — the same can’t be said about his pass defense. In nearly the same number of games, Jones bested Buckner in each relevant statistical category when the opposition threw the ball.

In fact, the argument can be made that Jones is currently the second-most impactful interior defensive lineman in the NFL behind Aaron Donald in the passing game. As the Chiefs are likely to be playing with a lead for the forseeable future, this bodes well for Steve Spagnuolo’s defense.

When comparing Jones to his contractual peers — and the situation the Chiefs defense should find themselves in most regularly — it’s hard to argue against the money that Brett Veach paid over the next four years. Jones consistency against the pass could make the deal seem like a bargain as more names get added to these charts, likely below him.