The Kansas City Chiefs made things official with DT Danny Shelton on Monday.

ESPN reported that Shelton had agreed to terms with the Chiefs a week ago, but with such a quick turnaround before preseason Week 1, the team didn’t make things official until the new practice week. Shelton reported for his first training camp practice on Monday, providing fans in attendance and the coaching staff with a first look at his skill set.

While Shelton didn’t participate in every portion of practice as he acclimates, he did participate in one-on-one and 9-on-7 drills. Chiefs HC Andy Reid was impressed with what he saw from him.

“Yeah, he got some good work in,” Reid said of Shelton. “We’re kind of monitoring him like we did (with) Carlos (Dunlap) and like the other guys that came in. We just gave him part of the practice. He’s a big body that’s a good athlete. He’s had a lot of good downs in this league. He was out there and (General Manager) Brett (Veach) wanted to add a little bit more in there, so he brought him in. It’s a good addition.”

The 6-2 and 345-pound defensive tackle was very tough for the third-team offensive line to handle during practice, even forcing a triple-team at one point. In one-on-ones, Shelton held his own against first-team RG Trey Smith. What was apparent is that his size made him extremely effective in the run game.

Reid spoke about what Shelton brought to the team last week. He joked a bit about Shelton’s and his own size saying that the two of them could stand to lose a few pounds. Reporters asked Reid if he was as big as Shelton during his playing days.

“Him? Danny? No, I was a lot smaller when I played (laughter),” Reid joked. “I think I could probably fit in one of his legs. He’s a big man.” 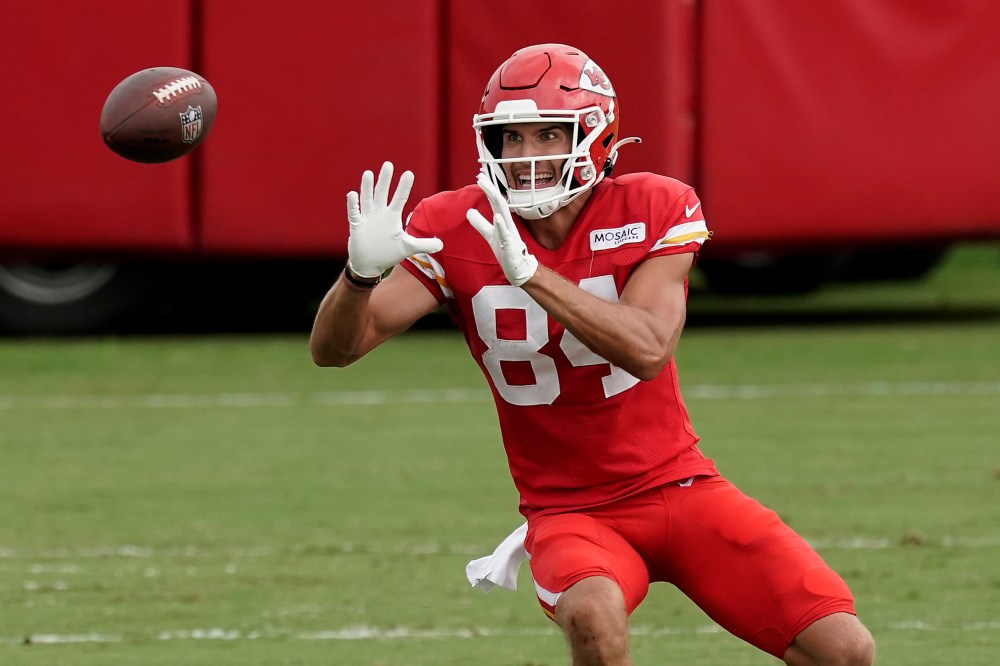