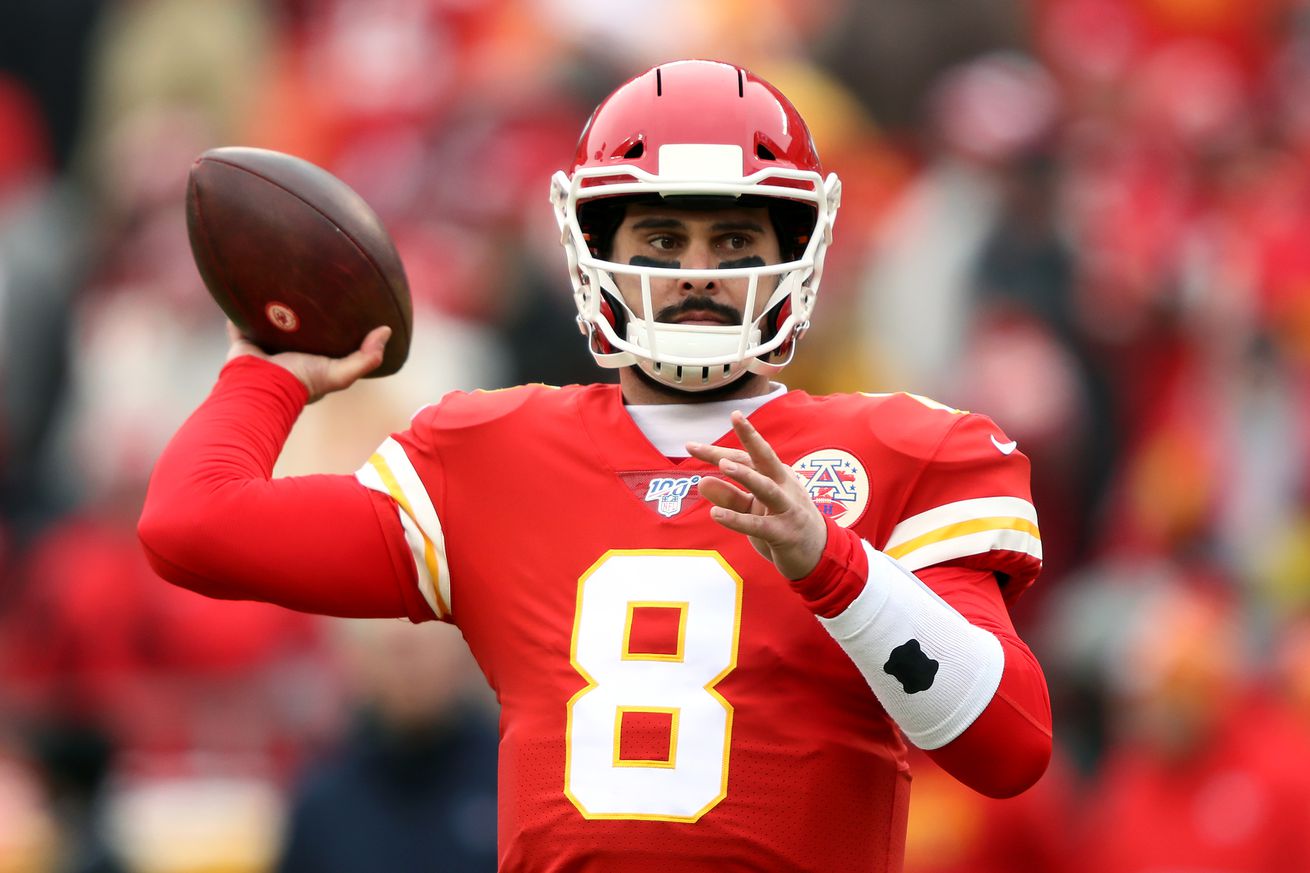 The Chiefs have 18 players that are hitting the free agent market this offseason. Part 1 of this two-part series covers the offense.

With free agency starting in roughly a month, the Kansas City Chiefs’ decision-makers are currently evaluating how they should attack this period of the offseason. I looked at every unrestricted free agent from the 2019 Chiefs and decided whether the team should attempt to re-sign them or not.

Part 1 covers unrestricted free agents on the offensive side of the football (look for Part 2 covering defense on Wednesday):

Both veteran backup quarterbacks are hitting the open market this offseason. It would be ideal for the Chiefs to retain one of them because practice squad quarterback Kyle Shurmur likely won’t be ready to step into the backup role in his second season.

Moore’s performance in his three games of action make him the favorite — but it could also give him leverage for top second-string quarterback money. A team with more cap space and a need for a veteran to mentor their young quarterback may price Moore out of a re-sign with Kansas City due to the massive, inevitable deal for star quarterback Patrick Mahomes. If Moore gets too expensive, Henne is still a good consolation prize on a potential one-year deal.

Verdict: Re-sign one of the two

The name of the game for NFL running backs is youth — and neither of these two have it. 31-year old McCoy is a possible retirement candidate after finishing the season as a healthy inactive — while the 28-year-old Ware’s injury problems flared up again and put him on the IR.

This one is tough. “The Sausage” has been the starter at fullback and a significant special teams contributor for the entire Andy Reid era; he was one of four players on the 2019 roster that have been on the team since 2013. He still executes his role — but there may be a cheaper option to replace his duties in second-year tight end and fullback John Lovett.

Maybe he’ll make it easy on the Chiefs and retire as a Super Bowl champion. He’ll be 32 for the 2020 season — and this team needs as much cap room as possible.

Robinson will soon become the latest wide receiver to earn a nice contract after benefitting from playing with Mahomes. Former Chiefs receivers Albert Wilson and Chris Conley both earned multi-year deals once their contracts in Kansas City expired. It only takes one significant performance for another team to take a chance — and Robinson certainly had that when he totaled 172 receiving yards and two touchdowns in Week 2.

The New York Giants have already expressed interest in signing the 25-year-old wideout. There’s no reason to compete with the teams that will pay him like a second or third option in an offense.

Bell was a formidable second tight end for the Chiefs — but the offense prefers to have a legitimate receiving threat at that spot. Third-string tight end Deon Yelder is an exclusive rights free agent that fits more of that mold. Plus, former Chiefs tight end Demetrius Harris could be a candidate to replace Bell after the Browns released him this week.

The Chiefs need to be wary of the soon-to-be 31-year old guard. Wisniewski became an important part of the offensive line for the postseason — starting each of the last five games of the year. Over a full season of starting, it’s possible he may not perform as durably as he did for the five-game stretch.

The Chiefs have shown the ability to replenish the interior offensive line with draft picks — and that should be the reason not to re-sign Wisniewski.