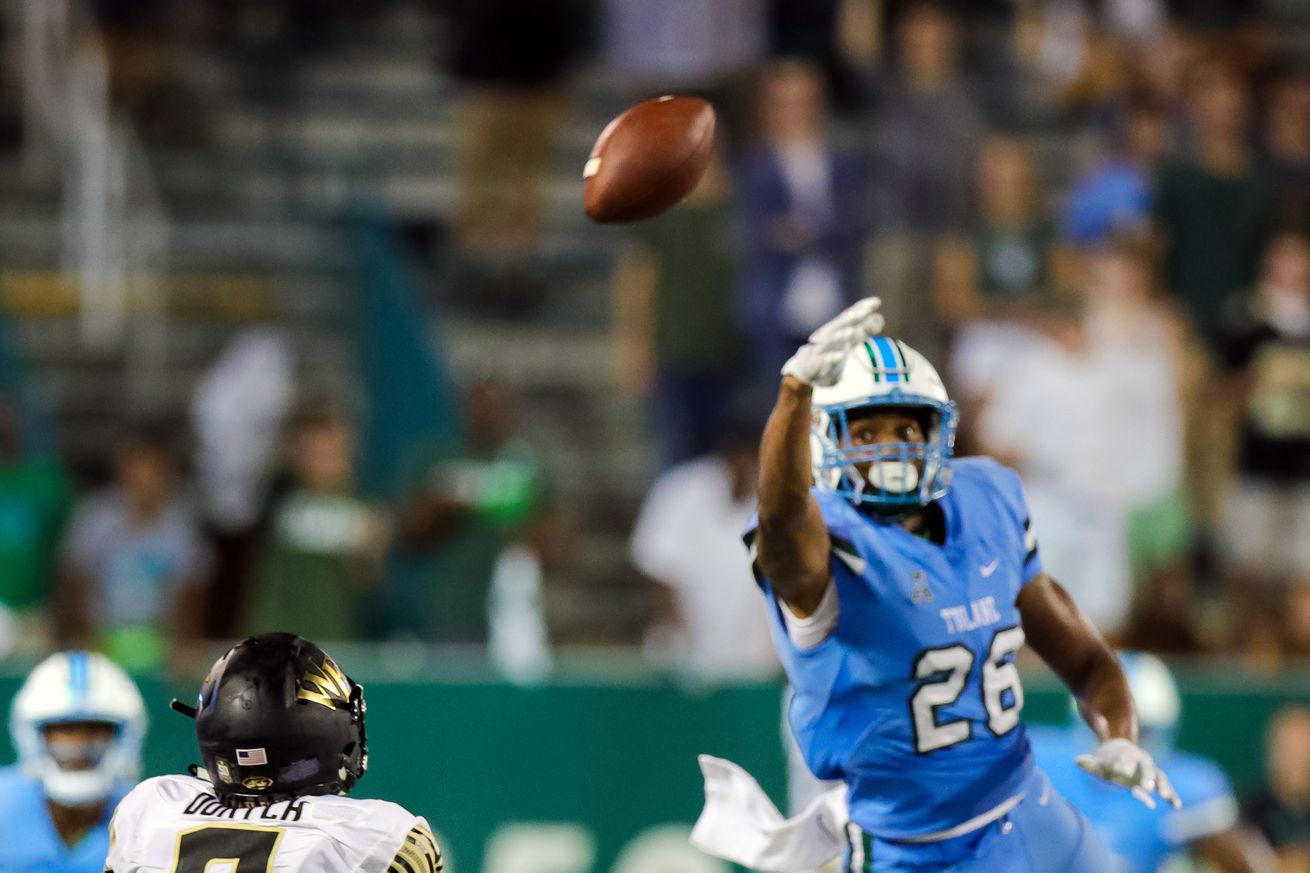 The Arrowhead Pride Nerd Squad gives their grades for the Chiefs’ sixth pick of the 2020 NFL Draft.

The Kansas City Chiefs have made their sixth selection of the 2020 NFL Draft!

With the 237th overall pick, the Chiefs took Tulane’s Thakarius Keyes. We have insta-grades from the three members of the Arrowhead Pride Nerd Squad.

Craig Stout: Keyes is a long, athletic cornerback that possesses fantastic ball skills. He’s very raw and lacks some of the instincts he’ll need to get on the field for Steve Spagnuolo, but the overall profile is a slam dunk at this point in the draft. Spagnuolo has now added a lot of length and ball skills in his developmental cornerbacks, knowing that he’s got his starters. I won’t be surprised if one of Keyes or L’Jarius Sneed end up as a future starter for this Chiefs team. I would have given an ‘A’ grade to this pick in the fourth round, so this is outstanding value. Grade: A+

Kent Swanson: If the Chiefs had nabbed Keyes at 177, I’d have given this pick an A+. The Chiefs are smartly double-dipping in a deep cornerback class with another player with the desirable length and ball skills to develop. Veach moved back in to get a player the clearly did not want to let go to undrafted free agency. I think he will make this football team in September. Grade: A+

Matt Lane: The Chiefs weren’t done yet! Fearing a bidding war — potentially — in unrestricted free agent land, Brett Veach utilizes late, late day-three draft capital from 2021 to jump back into the 2020 Draft and snag Thakarius Keyes. Like Sneed earlier in the draft, he’s a long, explosive cornerback that excels with his physicality and ball skills. His path to being NFL-ready may be a tad longer than Sneed’s, but his frame and raw athletic traits may give him a higher upside. It’s a big swing on a cornerback but the kind that could really land for Spags’ defensive scheme. Grade: A-