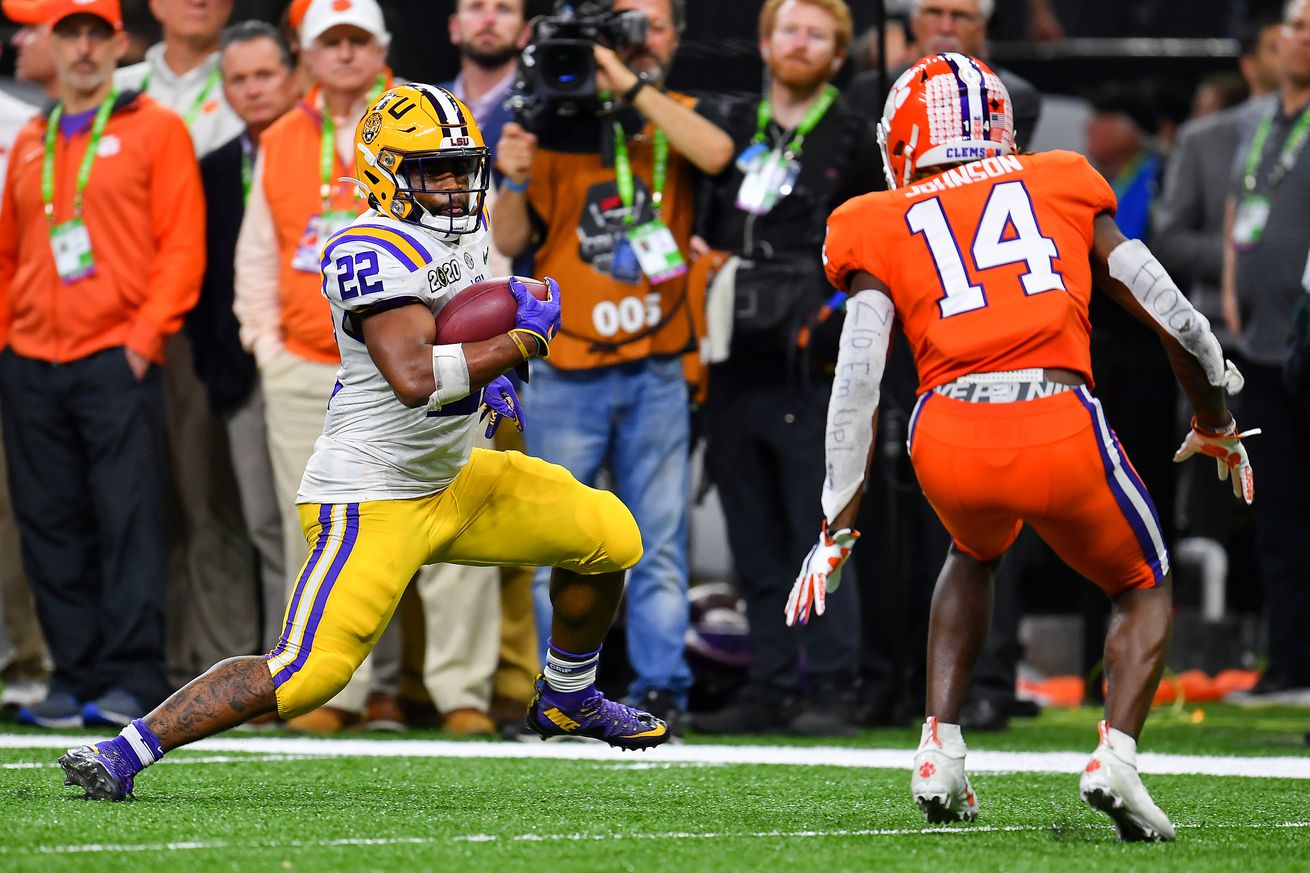 On the first night of the NFL Draft, Kansas City selected the LSU running back with the 32nd overall pick

The Kansas City Chiefs have made their first selection!

With the 32nd overall pick, the Chiefs took Clyde Edwards-Helaire on the first night of the 2020 NFL Draft. We have insta-grades from the three members of the Arrowhead Pride Nerd Squad. SB Nation’s Dan Kadar has league-wide grades here.

﻿Craig: The Chiefs did what analytics say they shouldn’t do: draft a running back. Edwards-Helaire isn’t going to be the type of player the Chiefs will expect to run 30 times a game; he’s simply not built for that. He is the best pass-catching back at the top of this draft — and will definitely give the Chiefs another option in the passing game. Edwards-Helaire also has fantastic vision and agility, fitting perfectly with the Chiefs’ zone-heavy rushing attack. Andy Reid made this pick with the idea that he can leave the same personnel on the field to do everything in his playbook. So not only did the Chiefs get a dynamic playmaker on offense, they may have just given Reid the ability to utilize his full playbook — without switching personnel. Grade: B+

Kent Swanson: I love Clyde Edwards-Helaire as a player. In our KC Draft Guide, he was my second-highest rated running back. He is tailor-made for Andy Reid’s offense and will be an excellent addition to the backfield. Edwards-Helaire will never have to leave the field. I don’t love the value of running back in the first round, but his value in the passing game could ultimately offset some of the concerns about positional value. He’s a great player and fit for the Chiefs; I just don’t love the value. Grade: B-

Matt Lane: From his playing stayle… to being an additional weapon for Patrick Mahomes… and even fitting in to the team’s goal to #RunItBack… everything about this pick makes perfect sense. Running back is the position with the easiest transition from college into the NFL. So when the goal is to be the best you can be in the coming year, picking a running back makes the most sense. Clyde Edwards-Helaire is now not only is the most-talented runner on the team, but also an absolute weapon as a receiver. He should be one of the better ones in the league. He is the definition of a modern NFL running back — and should fit perfectly in Kansas City. I fully expected the Chiefs to make an offensive pick early in this draft to provide an instant impact. No player will do that better than Clyde Edwards-Helaire. Grade: B+