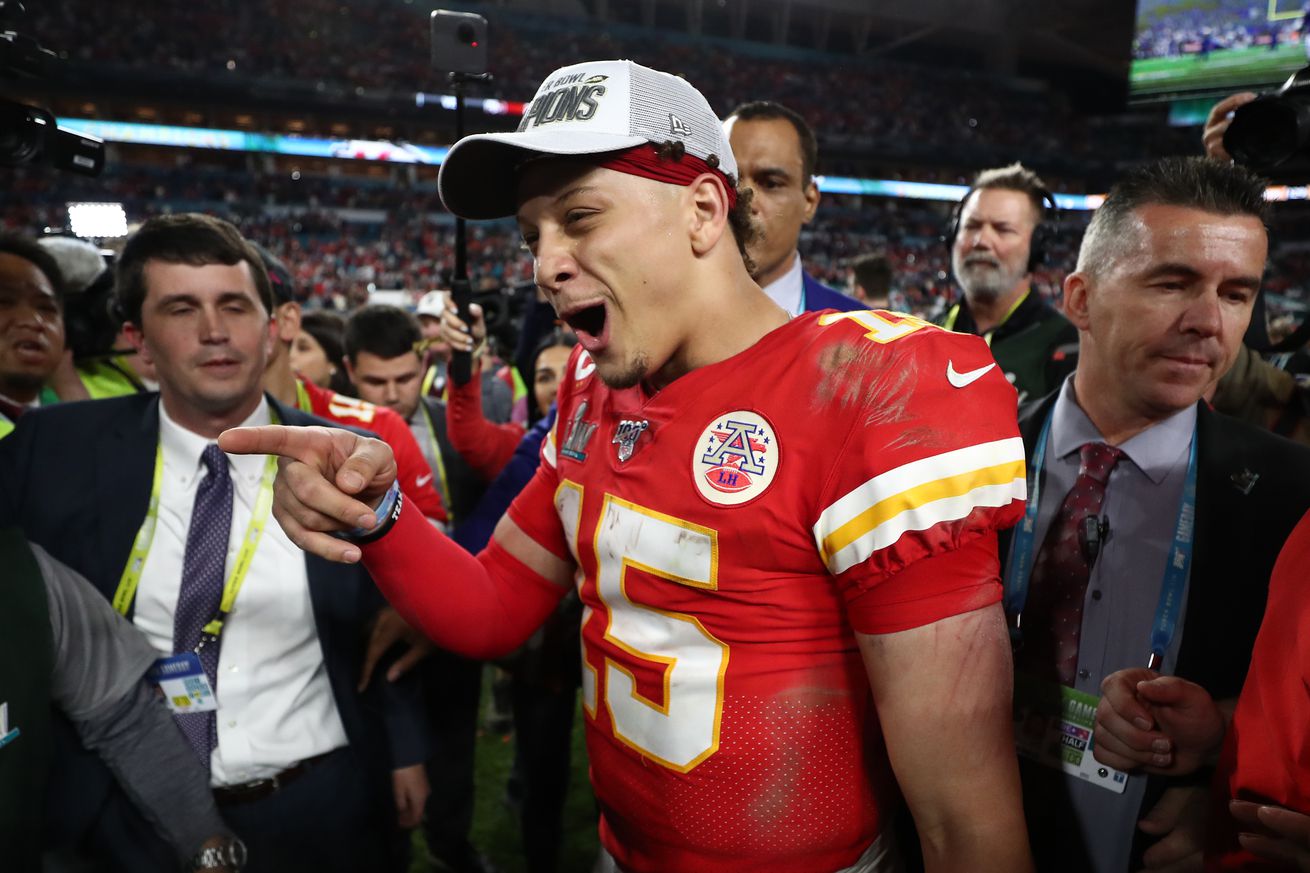 The Fox Sports host’s list of the five NFL quarterbacks with the most arm talent drew a strong reaction from the former Chiefs offensive lineman.

On Monday, when Cowherd hosted former Chiefs offensive lineman Geoff Schwartz on his afternoon show “The Herd,” he was singing a somewhat different tune. After the two spent most of their segment discussing the big news of the day — the New England Patriots’ signing of quarterback Cam Newton — Cowherd shifted gears.

“I said during my morning meeting there was a story out about Dwayne Haskins — and I said, ‘the five most-catchable balls in the NFL,’ Well, they put up, ‘the top five arm talents’ — and the Internet exploded,” said Cowherd as the video behind him changed to highlights of Chiefs quarterback Patrick Mahomes. “And I said, it’s not an arm talent argument. It’s that they throw incredibly catchable balls. I said Russell Wilson, Tom Brady, Drew Brees. Kyle Murray and Jared Goff. The Internet imploded because I didn’t have a guy in Kansas City on it. What did you make of my list?” he asked Schwartz.

“Any list of a positive quarterback traits that doesn’t include Patrick Mahomes is not accurate,” laughed Schwartz. “He gives everything. I mean, catchable balls? He’s on the back of his foot, throwing the ball to Tyreek Hill — obviously the throw here to Sammy Watkins. There was a throw against Baltimore this year where he’s backing up and hits a guy.

“Just from now until he retires,” Schwartz continued. “any list that there is — just like you put Wilson and Brady on every list you have — Mahomes is on every single one of them as well. I mean, this guy is unbelievable to watch him play. He can just fling it, man. Even last year — when his feet were messed up, his ankle was messed up and his knee — he still found a way to make it work. Obviously in the playoffs he was healthy and we see all the throws he made here. It’s incredible.

“Look at these balls,” marveled Schwartz as the highlights continued. “They’re so beautiful.”

None of this means that Cowherd is going to stop his hot takes anytime soon. But in the meantime, if you’re handy at creating football graphics, there may be an opening…