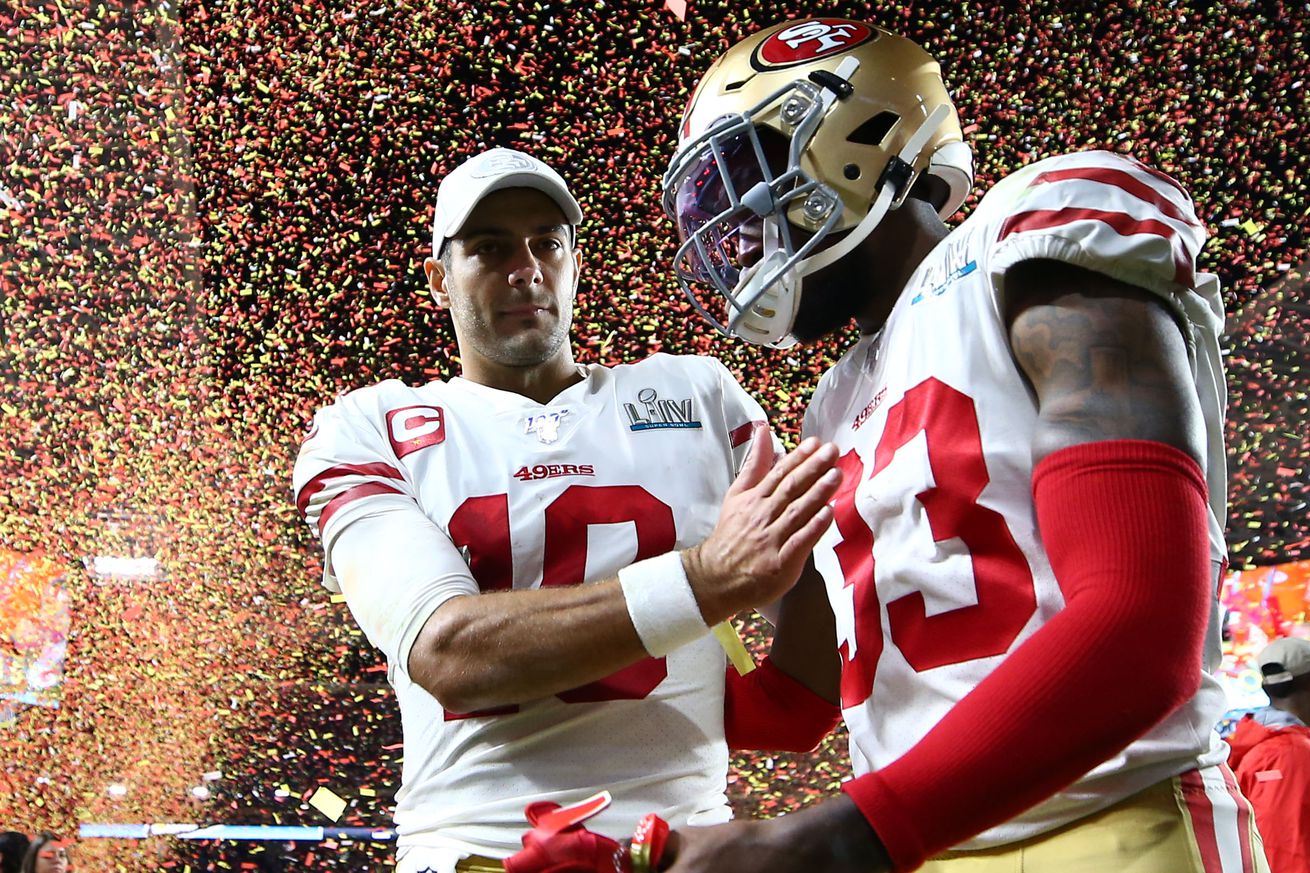 Despite what you may have heard, the quarterback battle in Super Bowl LIV wasn’t as close as some believe.

The Kansas City Chiefs won Super Bowl LIV in epic fashion — despite what many felt was a bad start from Chiefs quarterback Patrick Mahomes.

Some analysts believe San Francisco 49ers quarterback Jimmy Garoppolo outplayed Mahomes through the first three quarters of the game — and that Mahomes’ fourth quarter performance was the only thing that separated their performances.

“I struggled watching the Super Bowl. Patrick Mahomes got outplayed by Jimmy Garoppolo, at least through 3 quarters.” — Eric Mangini pic.twitter.com/BRRLh5MGc4

While it may have felt like Garoppolo had the advantage over Mahomes for three quarters — especially considering the 49ers’ 10-point lead entering the fourth — statistics show that not only did Mahomes outperform Garoppolo in the clutch, but he did so for most of the game.

By the end of the first quarter, Garoppolo had completed four of five passes for 29 yards. Mahomes had completed five of nine passes for 40 yards — and had a rushing touchdown. While the 49ers quarterback had the advantage in completion percentage, Mahomes had more completions, more yards, scored a touchdown and had his team ahead 7-3 at the end of the quarter. I think it’s more than fair to say that Mahomes outplayed Garoppolo in the first.

In the second quarter, Garoppolo completed five of six passes for 60 yards, a touchdown and an interception. Mahomes was seven of nine for 64 yards. Again, Garoppolo had the advantage in completion percentage — and had a touchdown pass — but he also committed a turnover, while Mahomes led in completions and yards. Both quarterbacks have a case for having had a better second quarter, but the numbers are too similar to say Garoppolo played far better.

In the first half, Garoppolo threw for 89 yards, completed nine of 11 passes and threw an interception and a touchdown. Meanwhile, Mahomes threw for 104 yards, completing 12 of 18 passes and rushed for a touchdown. So in the first half, Mahomes led Garoppolo in total completions, total yards, committed fewer turnovers and scored the same number of points. So it already seems that the idea Garoppolo outplayed Mahomes through three quarters is a bit overstated.

So what actually happened?

Well, in the same way Mahomes had a huge fourth quarter, Garoppolo had a big third quarter. He completed eight of nine passes for 94 yards and a touchdown — even going a perfect five-for-five in his first drive of the second half — while Mahomes started the quarter with a strip-sack followed by an interception. And In the third quarter, Garoppolo gave his team a 10-point lead.

But after that magical third quarter, Garoppolo quickly fell back down to Earth, only completing three passes on 11 fourth-quarter attempts — and throwing the game-sealing interception. Meanwhile, Mahomes threw for 141 yards — including two touchdowns and an interception — completing 10 out of 17 passes.

In the Super Bowl, Mahomes didn’t play his best game by any means — and Garoppolo definitively outperformed the Super Bowl MVP in the third quarter. But to say that he outplayed Mahomes through at first three quarters is ignoring the facts.

Mahomes’ clutch performance to end the Super Bowl was special. You don’t need to undersell his first three quarters to acknowledge that.