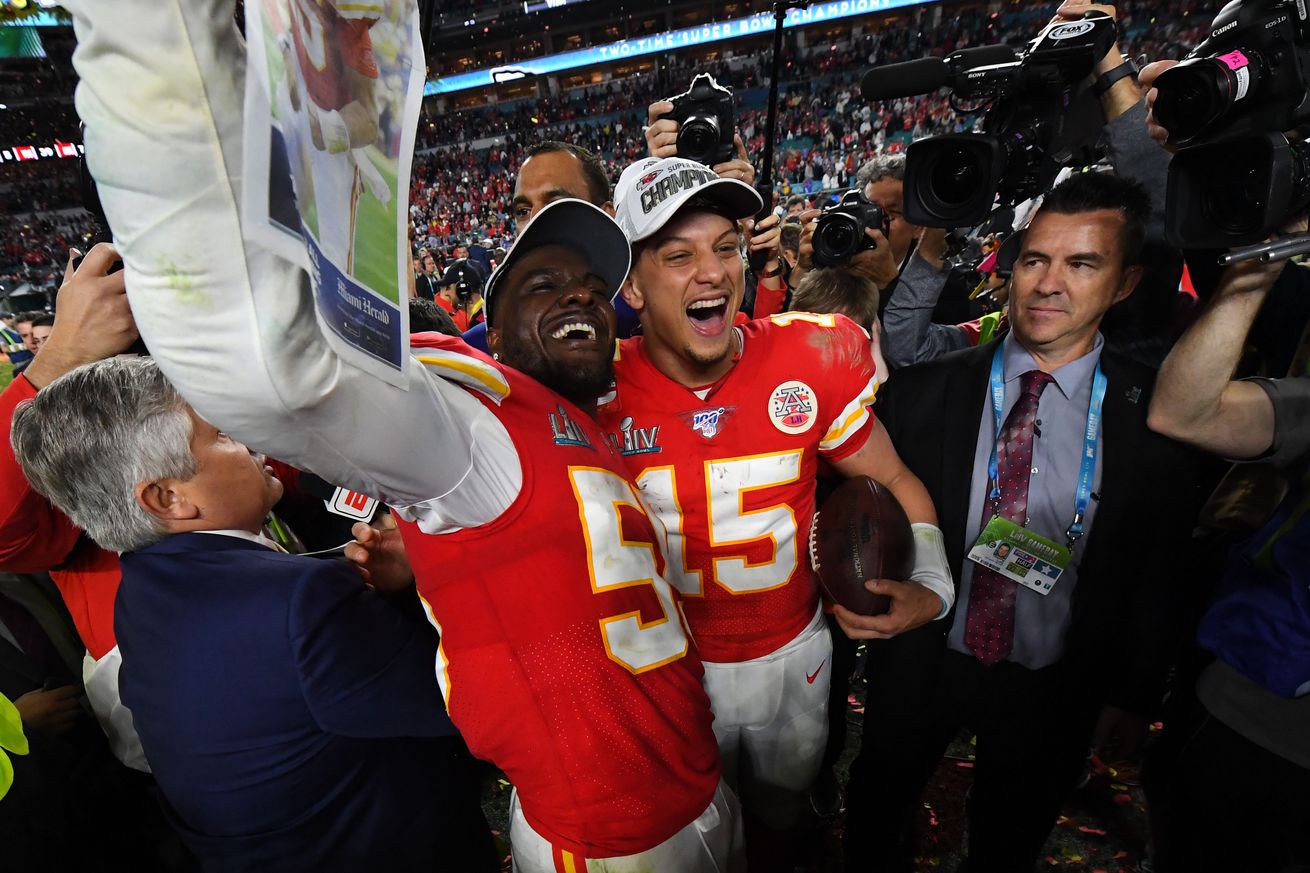 The defensive end took a trip through the ESPN car wash this week.

“We knew the challenge of the checkdowns,” Clark told Fox Sports reporter and AP lobbyist Peter Schrager. “You’re paying a guy (Jimmy Garoppolo) $140 million, $130 million — whatever he is getting paid. Man, he’s got to throw the ball. Obviously, they didn’t do that. They threw for about 200 yards on checkdowns. That ain’t enough to win the game against us. We’re Super Bowl champions.”

Then tight end Travis Kelce joined Clark, as the two told the camera, “They can’t tell us nothing!”

“The highlight was just seeing all those fans,” Clark said as he discussed the parade. “Chiefs Kingdom, they came out, man and held it down. The fans came out from everywhere. They were everywhere — in the buildings and the office spaces, parking structures, standing on top of stuff just to come out and support their Chiefs. Man, it was just an honor. I want to do it all over again next year — that’s the goal, man. Give those fans what they deserve.”

Clark added that in order to do that, the Chiefs will need to have “short-term memory.”

“Enjoy it for the moment, enjoy it for those few weeks, but then after that, you’ve got to get back to work,” said Clark. “The work doesn’t stop, man. While we celebrating and stuff like that, there’s already guys who’ve made the decision to go back to work and compete against us next year. The goal is to come back and be there every year. Although that’s not going to happen like that, that’s the goal. You want to do everything you can to put yourself in position to do that.”