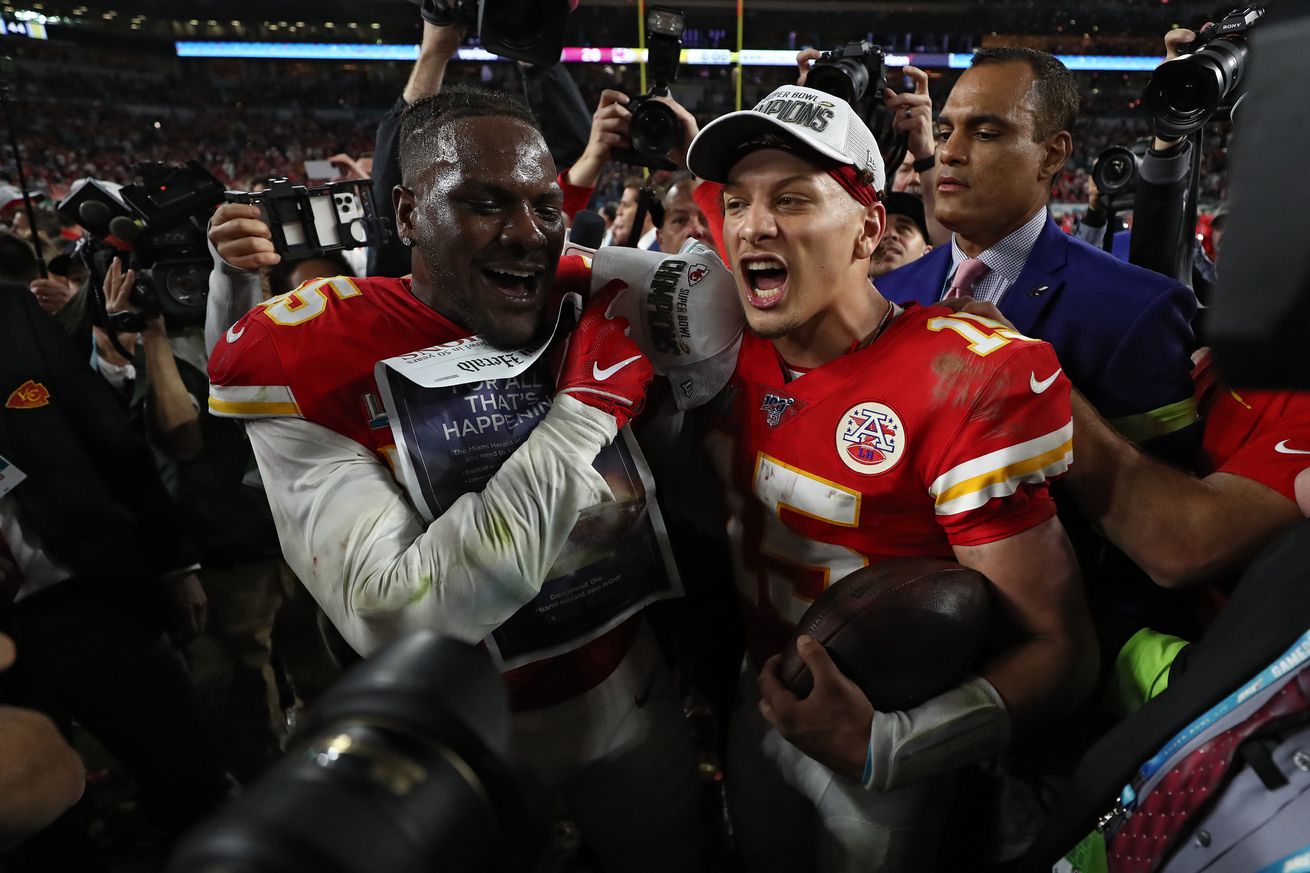 Clark told media members that Titans running back Derrick Henry wouldn’t be a threat, and he and his Chiefs teammates backed up those words during the AFC title game.

Clark discussed his tough upbringing in California before the panel pivoted to Clark’s comments about Tennessee Titans running back Derrick Henry ahead of the AFC championship. Clark made headlines when he told media members that Henry “was not hard to hit.”

“At the time, you got to understand we’re going into a situation where we’re playing in one of the biggest games of our career,” Clark told Bayless and Sharpe. “We’re going into a situation where it’s the AFC championship. We got to bring this home for our coach, we’ve got to bring this home for our fans, for everyone who’s been waiting for this for 50 years. You wait to get to this point for 50 years as fans, as coaches, as a guy like Andy Reid who has never won a championship Super Bowl. So we know winning this game is going to take us to the Super Bowl eventually, but more than ever, we wanted to bring home that [AFC] championship for the last name on that trophy (Lamar Hunt).”

Clark and the Chiefs held Henry to 69 rushing yards that day, as the Chiefs won the AFC title, 35-24. Later in the interview, Bayless wanted to know if Clark’s Chiefs teammates were unhappy he took such an aggressive approach in the media prior to the game.

“I don’t look at it like that,” said Clark. “I play this game from an old school standpoint. It’s a mental game with me. It’s a mental game. I look at a lot of the older players. I got guys like (secondary coach) Sam Madison on our coaching roster, who I can look to for advice, who I could look to to talk to. You watch old film of him — how much he used to talk stuff. You watch guys like yourself (Sharpe)… and that’s what you’re taught, and that’s how you learn.

Clark started his career with the Seattle Seahawks before the Chiefs traded for him ahead of last season.

“Like I said, look at my veterans — I got Michael Bennett as one of them,” added Clark. “I got a guy as outspoken as Richard Sherman. Guys who keep it real, and they all right… referring to my (Chiefs) teammates, no. They all rallied. They know how I am. I’m like this 24-7. There’s no cutoff for me when it come to how I am on that field. I got six months to be like that, only six months. I might as well have fun.”

The Chiefs beat the Titans to win the AFC championship, but they were also the last team to beat the Chiefs during the 2019 season. Clark revealed on FOX Sports 1 that some of the moments after the game were a turning point for the Chiefs defense.

“I remember me and Honey Badger (Tyrann Mathieu) sitting and looking at each other in the locker room after we took that loss in Tennessee, and we were like, ‘Man, it’s time to go gangsta.’

And that’s a term that coach [Steve Spagnuolo] used. It was really time to go gangsta out there.”

(Editor’s note: I now have my first question for Spagnuolo when it comes time for OTAs. Thank you, Frank.)

Of course, as most Chiefs interviews conclude nowadays, Clark was asked to compare Mahomes to his former quarterback, Russell Wilson. Clark said that what most may have missed is their baseball background, which has led to their durability — and their knack for throwing from different angles.

He was then asked about Mahomes’ leadership en route to the Chiefs’ first title in 50 seasons.

“He held the faith,” Clark said of Mahomes. “When you talk about a guy who holds the rope more than anybody, it’s him. You’re talking about a guy who never gives up, a guy who trusts his team more than anybody — that’s him. You look around. You got to keep it real and be honest. There are some guys who are going to look and say, ‘Man, we’re going home,’ or ‘It’s over,’ or whatever. But you look at a guy like Pat… There’s not one second that he doesn’t have faith that we can win that game, and that’s any game — whether it’s a preseason game or whether it’s a playoff game… against the Texans (in the Divisional round) even.