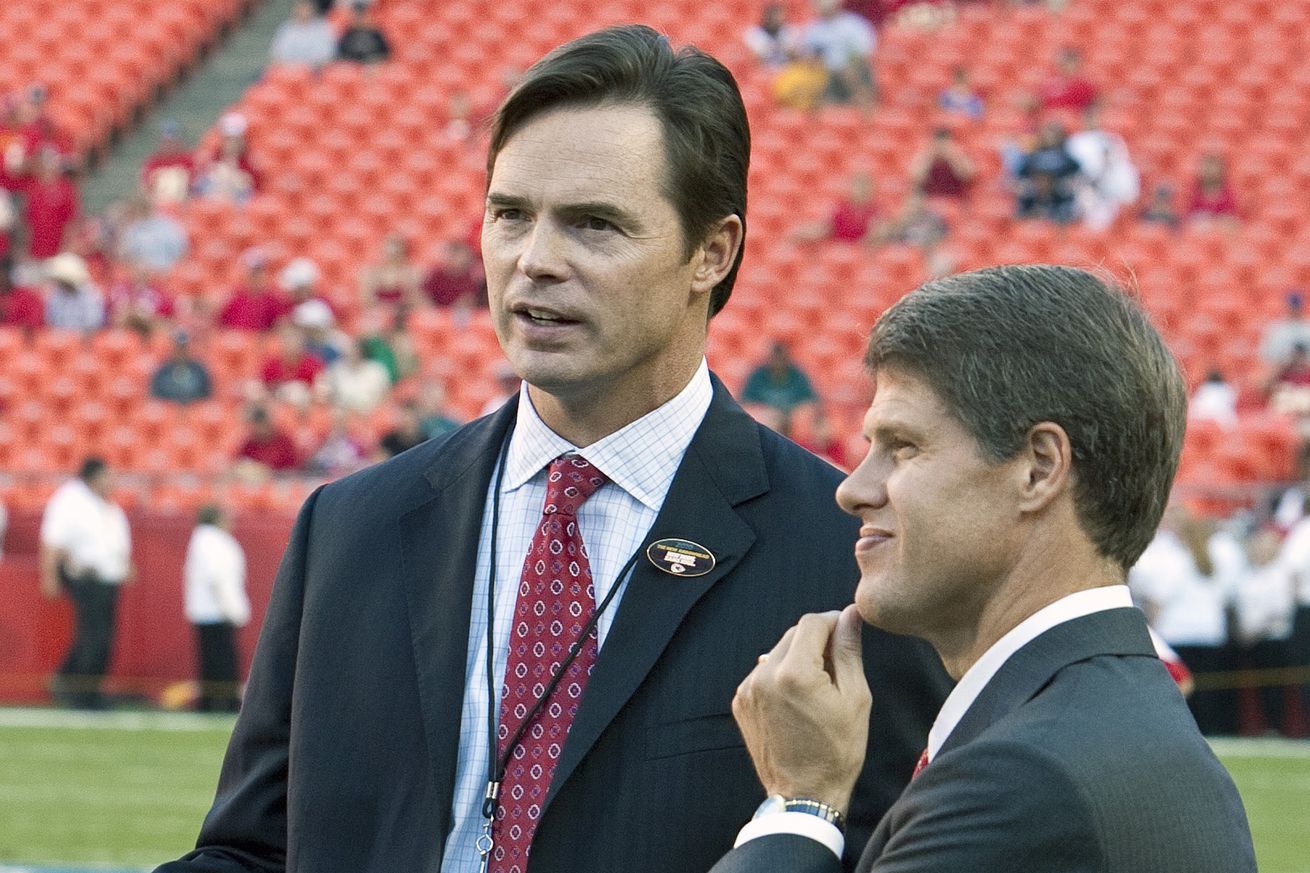 Every season, Kansas City Chiefs president Mark Donovan holds a press conference during training camp. It’s pretty rare for these appearances to be controversial; they usually tend to be about a lot of nuts and bolts that most Chiefs fans rarely think about.

But when he took questions from reporters on Wednesday, Donovan understood that this would be an unusual briefing, covering many controversial topics in which the Chiefs are now involved — starting with the team’s decision to allow some fans in the stands for the 2020 season’s early games.

Here are four things we learned from his remarks.

Donovan — who apologized for being late to the press appearance — said that what makes the Chiefs comfortable with their plan to allow fans is the plan itself.

“I was [just] on a league call,” he explained. “We were talking about that and I was asked to present to the league on our plan, our success this past Saturday, our plan for [this] Saturday and our plan for Thursday — the opening kickoff. We are very confident in our plan.

“We’ve said this numerous times, we’ll say it again and we will reiterate it: the plan is only as good as compliance — the following of directions, [the] following of protocol for our staff, for our players, for our coaches [and] for our fans. It’s critical that everybody follows the protocols. But if they do, we feel pretty confident that we can do this.”

Donovan is well aware that what the Chiefs are doing — and will do — is being watched very closely.

“We’re not alone, [but] we’re definitely in the minority when you look across the league,” he said. “I think there are five or six teams that are going to go with tickets and fans in the first week (only four NFL teams have announced plans to host fans in Week 1, so Donovan likely knows about teams that haven’t yet announced their plans). I know six to 10 are contemplating it after Week 2 or 3 — and then beyond.

“We take the responsibility very seriously. We understand — and I said this on the call I was on earlier — that we’ve got to get this right. We’ve got to be very diligent in our processes [and] in our protocols in order to be successful — in order to have another game with fans. We know that other teams and other leagues are looking at us.”

Originally, the Chiefs — and the rest of the NFL teams that usually choose to do it — were not going to be allowed to have fans at training camp practices. But that changed a few weeks ago, when the Chiefs announced that two practices — one this past Saturday and the final training camp session this Saturday — would be held at Arrowhead Stadium in front of limited numbers of season ticket members.

It’s now clear the league allowed it so the Chiefs could give their in-game procedures some test runs.

After Saturday’s session, there was some blowback about whether fans in attendance were following the rules — and whether the Chiefs would really be able to increase Saturday’s crowd of 2,000 up to 5,000 this weekend.

“This is not an excuse (and I want to be crystal clear on this): we have to do a lot more to continue to communicate and make people aware that it is really important — even in your seats — to wear your mask.”

Donovan said that the rules the Chiefs are asking fans to follow are actually “consistent with our experience across any sort of public interaction” during the last few months. Then he spoke of a conversation he had with a fan who was there with his family during the Saturday practice.

“I said, ‘I need to enforce this. I need to reinforce the importance of wearing the mask in the stands,’” he recalled. “And the Dad looked at me and said, ‘Mark, I wore the mask everywhere you told me to. I’m sitting in a seat, there’s no one within 10 feet of me and I’m with my family, who I sleep with and spend all my time with without a mask on. I appreciate it, but it’s 95 degrees. I took my mask off for a minute.’ And I said, ‘Look, I hear you. I hear you loud and clear. But as we get more people in, we’re closer together; we have more interactions, more cross-traffic. We all have to be disciplined.’ And that’s really where we are.”

Donovan said that at Saturday’s practice — and the games, when they happen — there will be staff (and additional signage) to reinforce the message. But he was also careful to say that the team doesn’t want it to get out of hand.

“We don’t want to be in a situation of evicting someone or arresting someone — or anything like that,” said Donovan, “but we think we have enough systems and enough communication in place where we can enforce that. It’s to protect all of us.”

Donovan said he knew there was a question “out there” about whether the Chiefs had to have a certain revenue target to hit to make it worth playing games before a limited number of fans. When the question came up, he denied that was the case.

“The numbers don’t pencil out; you can’t really make the numbers work when you’re talking about that number of tickets,” he said. “This isn’t about that. This is about creating an experience — and continuing the experience — at Arrowhead, giving our fans the opportunity to be there for some really special moments.

“To some, it may sound a little bit contrived, but honestly, we’re raising a banner on September 10. And we want our fans to be part of that. We’re really struggling with the fact that only 16,000 are going to be able to be part of that — live and in-person — [but] that’s a life-long memory.

“It’s going to be different; it’s not going to be exactly what we wanted. But it is something that was really important to us as a franchise — and I will speak for the Hunt family on that. That was a big driver: ‘Figure out a way to get our fans in safely. They need to be part of this.’ And that’s been a big driver for us as a business.”

4. “We haven’t changed those prices”

In recent days — as Chiefs season-ticket holders were given opportunities to buy single-game tickets and discovered that tickets for the season opener against the Houston Texans were way more expensive than the season tickets for the game they previously held — there’s been a lot of grumbling about it. Donovan addressed that issue as well.

“Those prices were based on a lot of very complicated algorithms and data that we use to understand the market [for Chiefs tickets] — and understand what the value of those tickets are in this market. Before we reduced [attendance] to 16,000 seats — before we went through any of these changes — we set those prices. We haven’t changed those prices; those are exactly what they were. Those are single-game prices. They’re based on the value of those tickets in the marketplace.”

In other words, season-ticket holders have been shielded from the reality of what NFL teams call dynamic single-game ticket pricing, in which tickets that are expected to draw top dollar on the secondary market — for example, a game in which the Chiefs will play a quality opponent and raise a championship banner for the first time in 50 years — will cost more when you buy them from the team, too.

“We completely understand — and expected — the response.” said Donovan. “It’s a significant jump. That’s the value of having a season-ticket plan; you have the benefit of those ticket prices being much below market value — but you’re committed to the full season. The single-game option gives you the option to pay a little more — in some cases, a lot more — because you’re buying one game. You’re not buying the full season. You’re paying for one game — and you’re paying what the market rate is.”

Donovan noted that even at the team’s current single-game prices, tickets could still be purchased and re-sold “for hundreds of dollars more” on the secondary market.

“What we’re trying to do is be fair,” he concluded, “but represent the market.”

To put it another way… NFL teams want to give fans plenty of incentive to buy season tickets — even if it allows the holders to make big profits selling tickets to games they don’t want to attend — but when the remaining tickets are sold, the teams see no reason for ticket resellers to collect all of the profit.