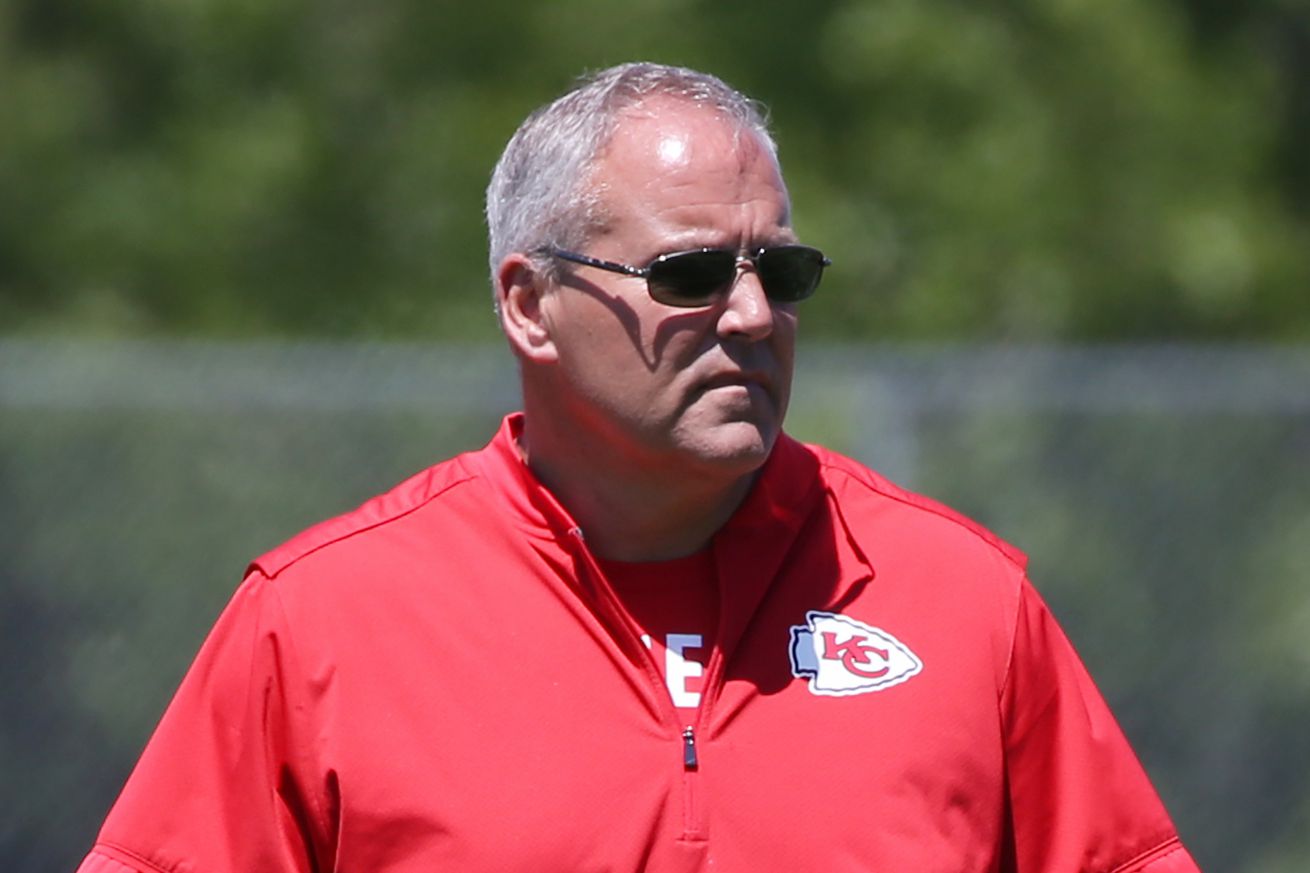 Without a preseason, the special-teams coordinator said that rookies may require some seasoning before they can fulfill their usual first-year responsibilities.

From a special teams perspective, Toub said that the unusual offseason hasn’t really been a problem.

“We don’t have less time at all; we have the same amount of time that we’ve always had,” he assured reporters. “In fact, the ramp-up period was really good, because the ramp-up period allowed us to put in what we would normally do during the OTAs and those things.”

Speaking just like head coach Andy Reid — to whom he also serves as assistant head coach — Toub said that as always, fundamentals are key.

“Being able to teach fundamentals for those young guys is critical. Now, we’re getting into more of the team and the scheme stuff of it — and now, they put all those fundamentals together and we get to see what kind of football players these guys are.”

But Toub also said that because so many rookies make their way onto the roster through special teams, missing out on preseason games will be especially difficult.

“It’s going to be real tough for these guys without the preseason games,” he admitted. “You want to see them in preseason games — under the fire of the live kickoff or punt coverage. They’re just not going to be able to get that. We can’t do that in practice. We try to get as close as we can, but we can’t really do it.”

This means that during games — especially early in the season — Chiefs special teams units might be composed of more veterans than we usually see. Toub acknowledged he feels some comfort in that.

Part of that depth will clearly be rookie linebacker Willie Gay Jr. — who Toub said was “doing great.” Toub said he expects Gay to play a lot of special teams — while he still can.

“If he earns a starting job on defense, we’ll have to cut him back on some of the phases that he’s playing,” Toub said, “but right now, he’s a four-phase guy — and I’m very impressed with the way he’s come along. He’s a smart guy and he plays fast. That’s one thing: you don’t have to ever tell him to play faster because he plays as fast as can be — which is a good quality to have on special teams.”

As long as the team’s top wide receivers remain healthy, it appears likely that second-year wide receiver Mecole Hardman will continue to take the lion’s share of returning duties. But Toub said he still has other veterans who can do the job.

“We still have Demarcus Robinson — he’s our number-two guy — and then we have other guys. Gehrig Dieter can do it; Byron Pringle can do it. Really, all the standby guys that we had before — those are the guys that I’m looking towards. Again, if we had preseason games, I’d be getting those other guys ready a lot more.”

One of those “other guys” is undrafted rookie Justice Shelton-Mosley, who played as a graduate transfer at Vanderbilt after getting a degree in economics from Harvard — where he had been a four-year standout.

“He’s been working as a returner — as a punt returner, kick returner — and I think right now, he’s doing very well,” said Toub of Shelton-Mosley. “I mean, he’s as good as all the other guys we’ve gotten in there. He’s got a good burst — a kid that’s out there working hard.”

Last but not least, Toub had high praise for his kickers — starting with new rookie punter Tommy Townsend, whom the Chiefs managed to snag in the first wave of undrafted free agent signings after the NFL Draft.

“We originally saw Tommy at the Combine — and I felt like he was the best punter at the combine; we had a draftable grade on him,” said Toub. “Obviously he wasn’t drafted, so he was a guy that we went after real strong. Those guys [general manager Brett Veach and his staff] did a great job of being able to get him in our building.

“I’m really happy with his performance so far. He’s done a great job. He’s really consistent. He really bombs the ball. He gets the ball off quick, he’s athletic. He’s everything you’re looking for.”

Toub also said that Townsend does very well on an underappreciated aspect of an NFL punter’s job: fielding snaps on punts and field goals.

“He’s got very soft hands and he’s a natural catcher,” said Toub. “It’s been so smooth. It’s a credit to those guys because they [Townsend, placekicker Harrison Butker and long-snapper James Winchester] worked hard. During the offseason, they worked together. They did stuff on their own and they came in here at a high level; they didn’t come in here just starting out.”

Toub even said that if needed, Townsend could do kickoffs and field goals. But there is no danger that Butker will be displaced.

“Butker is the number one in my mind — the best kickoff man in the league. Nobody can hang that ball like Butker can — and he can kick any kick that you ask him to do. So we’re not going to put him on the sideline — that’s for sure. But Tommy is somebody that can come in — and he can do it all. We’re very pleased with Tommy.”