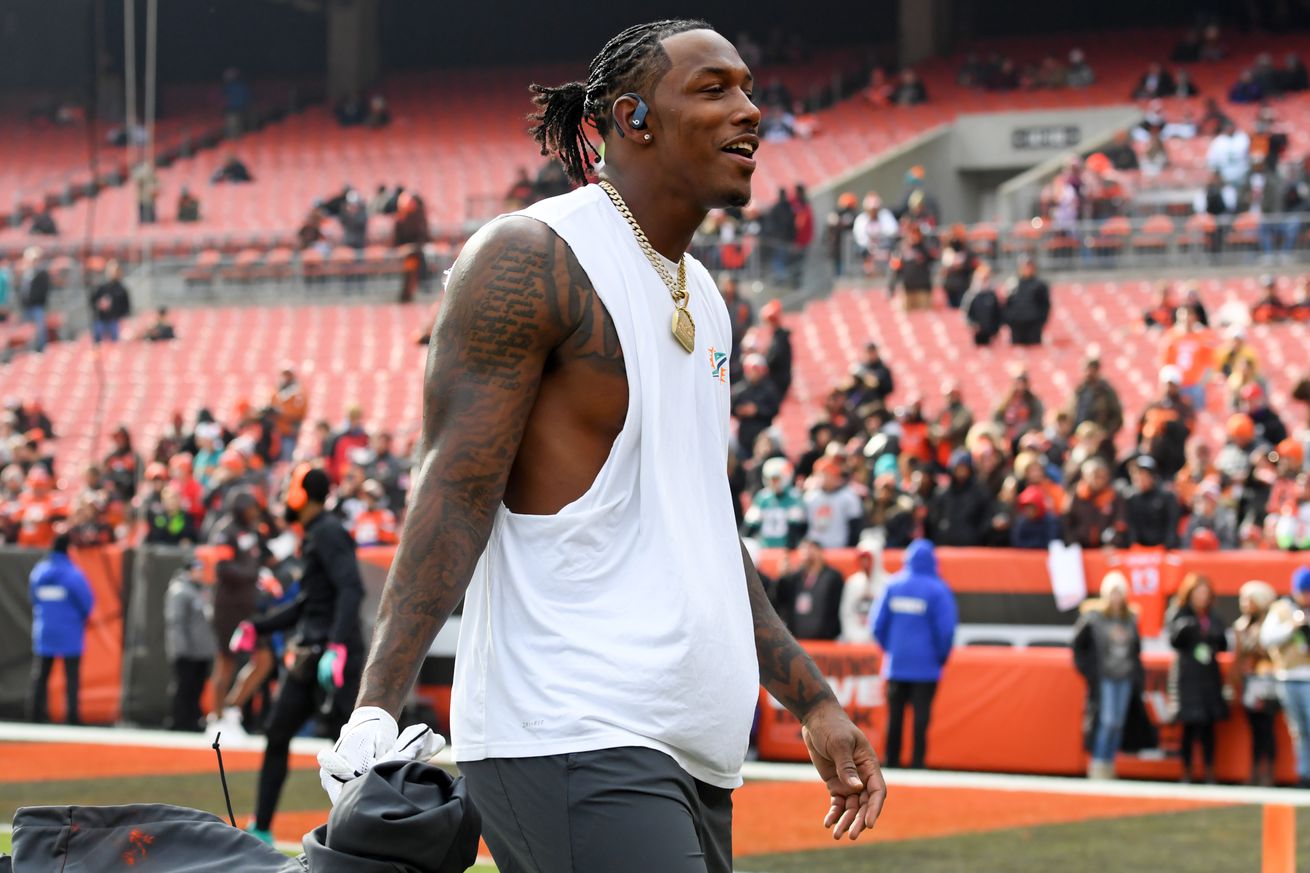 Defensive end Taco Charlton #96 of the Miami Dolphins on the field prior to a game against the Cleveland Browns on November 24, 2019 at FirstEnergy Stadium in Cleveland, Ohio. | Photo by: 2019 Nick Cammett/Diamond Images via Getty Images

Episode No. 185 of the Arrowhead Pride Laboratory takes a look at some lesser-known Chiefs who could receive playing time.

On the Monday mailbag edition of the AP Laboratory, we examined which Kansas City Chiefs might receive opportunities against the Los Angeles Chargers with key injuries that could keep both Charvarius Ward and Khalen Saunders out.

Here are four players you didn’t see in Week 1 who could potentially be added to the game-day roster next week:

Currently on the practice squad, the Chiefs could add Hoyett to the active roster and send him back down after the game, per the rules for the 2020 season. The Chiefs could do this twice with the former Mississippi State defensive lineman before being forced to terminate his practice squad contract the next time they want to add him. The good news for the Chiefs with the news of Saunders’ potential multi-week injury is that fan-favorite Mike Pennel will return after serving a two-game suspension. If the Chiefs feel the need to add additional interior defensive lineman for their game against the Chargers, Hoyett would be a prime candidate to get the call up.

The Chiefs could add another interior defensive lineman like Hoyett, or they could draw from the depth they possess at the defensive end position. The Chiefs kick their defensive ends inside and perhaps could lean on that a little more to survive along the interior until Pennel returns in Week 3. Considering it’s only a one-week ordeal, it might make sense to simply add one of the two defensive ends that weren’t active for the Chiefs last week. Enter Taco Charlton.

The former Michigan Wolverine survived to make the 53-man roster but didn’t get to suit up on Thursday night. The Chiefs could call his number to help provide depth to a group that would be pushed further to account for the loss along the interior.

The only cornerback on the 53-man roster not active for game day last week was rookie BoPete Keyes. The seventh-round pick out of Tulane got off to a slow start in training camp due to injury but possesses the ideal length, athleticism, physicality and ball skills that Steve Spagnuolo covets in his corners. Special teams coordinator Dave Toub has mentioned Keyes as a quality vice for his unit, so if Ward is out next week, he could provide value. If the Chiefs feel he’s caught up, I wouldn’t be surprised to see Keyes make his NFL debut.

If the Chiefs don’t think Keyes is ready, a player who was available for more of camp could perhaps get a call up from the practice squad. Lavert Hill is best suited to play in the slot, but like Antonio Hamilton, could play a variety of spots in the Chiefs secondary. While not a great athlete, Hill possesses outstanding instincts and football character. He should be versatile enough to provide depth in a variety of positions — a valuable asset considering the circumstances. Like Hoyett, the Chiefs could call on Hill twice from the practice squad before their hands are forced to commit to him for the remainder of the season.

Make sure you subscribe so you don’t miss an episode